Nina Dobrev and Tim Tebow squared off on Lip Sync Battle this week. It’s one of my favorite new shows because it’s a happy show that’s like a big party. Especially with super-cute Chrissy Teigen as the D.J.

Karen S. Wiesner, Tension and Twists,…
Top 10 trends in 2021 for jewellery i…
The Future of Criminal Prosecution fo…
Novedades Aleta Octubre 2021
Building a Talent Pool in a Tight Mar…

Nina, who – sniff – is NOT playing Elena on The Vampire Diaries anymore (we miss you, N!) has been working on her Lip Sync mad skills, and clearly, it’s paying off.

She killed it with her lip sync performance of OMI’s Cheerleader, decked out in a full Tim Tebow Florida Gators jersey. Go get ’em!

And oh, ok, Tim’s rendition of Eye of the Tiger from “Rocky” was good, too. And yeah, he did drink that raw egg (yuck!), which is total commitment to the performance. But did it include Nina’s amazing acrobatics? No, it did not. 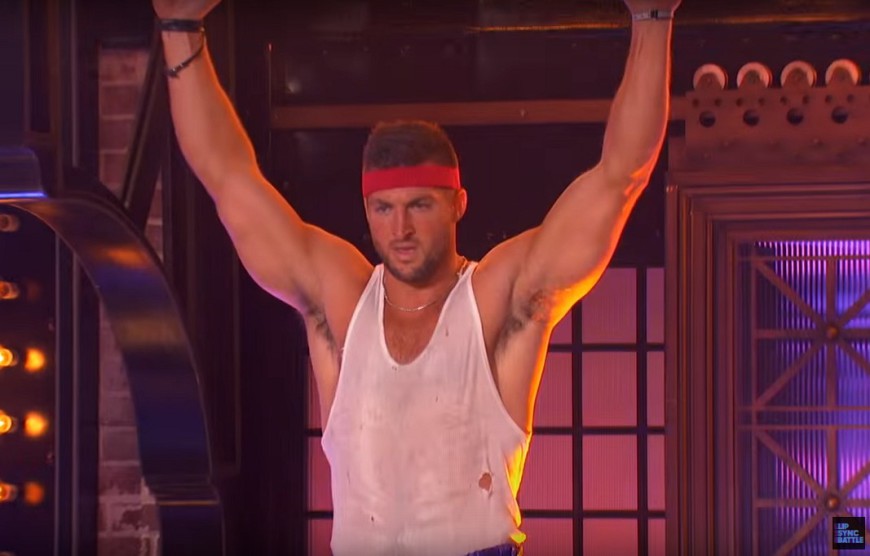 Check out both performances here…

Tim, who of course is a college football champion and former Heisman winner, defeated Nina. Yeah, he did some situps, he walloped a punching bag, and – yeah, yuck – he drank those raw eggs. Still, I’m calling Nina the winner.

Plus, did Tim have Chrissy Teigan doing this during his performance? No, he sure didn’t!

Nina Dobrev – What’s She Up To These Days?

Though we can’t see her on The Vampire Diaries anymore, Nina – whose full name is Nina Constantinova Dobreva (she was born in Sofia, Bulgaria), has a few projects coming up.

She plays Hannah in “Crash Pad,” a movie that’s now in post-production and due out sometime this year. The movie, which also stars Domhnall Gleeson, Christina Applegate and Thomas Haden Church, follows a hopeless romantic who thinks he’s found true love with an older woman. Except he soon learns that she’s married and his fling is merely an instrument of revenge against her neglectful husband.

In “Arrivals,” also due out this year, Nina stars with Asa Butterfield and Maisie Williams. The story follows an American hypochondriac who’s working as a baggage handler at the Cape Town airport. He’s forced to confront his fears when a British teenager with a terminal illness enlists him to help her carry out her eccentric bucket list.

Glad to see that Nina is keeping busy! I look forward to seeing her on the big screen.