During San Diego Comic-Con last month, Marvel announced that Ghost Rider (Robbie Reyes) will be making his Marvel Cinematic Universe debut on the small screen in the upcoming new season of Agents of S.H.I.E.L.D. Actor Gabriel Luna is set to portray the character, and in recent set videos, a certain car is shown driving in action for an exciting action sequence for season 4. 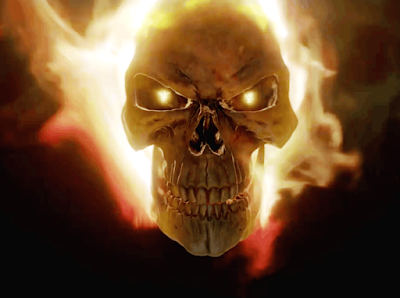 Chloe Bennet is shown in these videos on top of the vehicle as it speeds through the road. I can only imagine what the VFX artists will bring to this sequence as well as the many action sensibilities that the directors may bring to this show.

You can check out the set videos down below. Also, a fan shared a photo of the vehicle itself, a black Dodge Charger. I can already see the flames surrounding it in my mind. If you ask me, I wouldn’t mind taking a ride in it myself – but then again I wouldn’t want to suffer from life-threatening third-degree burns.

What are you guys most looking forward to seeing in the newest season? How will the showrunners up the ante this time around? Fans will surely get their answers onceAgents of S.H.I.E.L.D. returns to ABC on September 20 at 10 p.m.

Motivational Tips to Help You Stick …
CBD 2020: What to Expect + Our Top Pr…
What Marathon Running and Successful …
Bitcoin Fund IPO gets the Preliminary…
The Ultimate Winter Bucket List Accor…