It premieres tonight, remember to watch it on Disney Channel!

But besides that we got the theme song and it's super catchy!

I'm even planning on making a music video of Randy Cunningham: 9th Grade Ninja (My favorite show of all time) with this song.

Picture of the Day 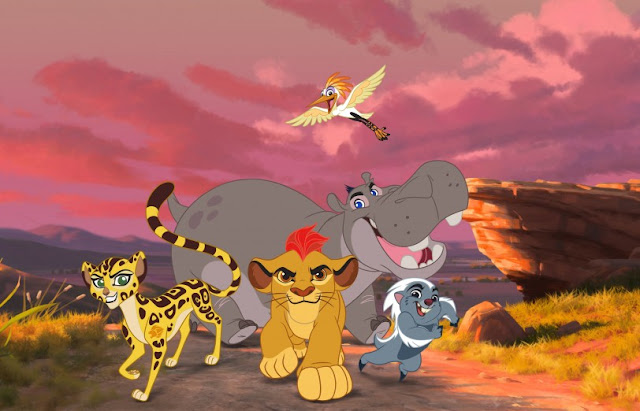 Since today's the premiere and this blog has a very heavy Kiara bias, we're gonna dedicate today's picture to the titular team: The Lion Guard!  Kion the fiercest, Bunga the Bravest, Fuli the fastest, Beshte the strongest, and Ono the keenest of sight. I'm super excited to see these new characters in action! So far I think my favorite member is Bunga. He's just such a fun character! In fact all of them are so fun! I've wanted a new Lion King for so long, and now it is time! Now we'll have tons of new characters to play around with in fanon works as well.

As we wrap up the count down, we ask a serious question. I wish I could give a direct answer, but we won't know until it airs in a few hours. I get the feeling it will be epic. In fact I'm listening to "Here comes The Lion Guard" on repeat to hype me up more. Sorry for repeating this, but it's such an epic song!

From the clips we've seen, I've got a good feeling about this film, and I hope you do too.

Posting my review of it

Posting about Kiara's role in The Lion Guard