Can We Improve On Perfection? 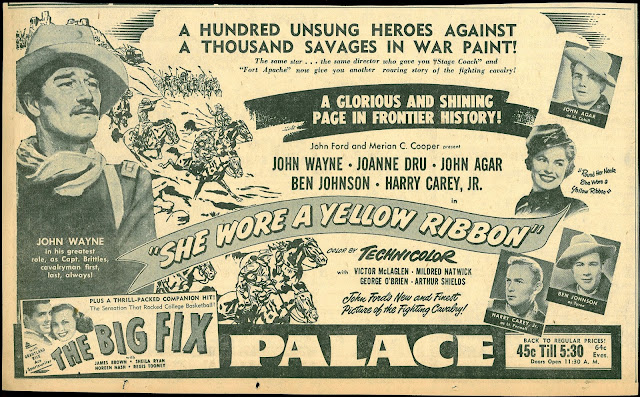 She Wore A Yellow Ribbon (1949) Is Like Being Back There 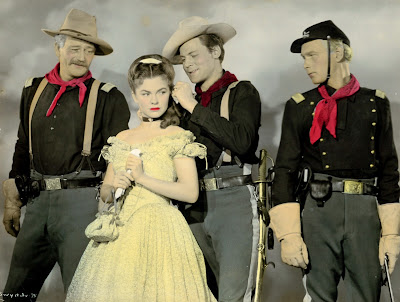 Have we reached the point of maximum quality for home viewing? Warners' Blu-Ray of She Wore A Yellow Ribbon convinces me so. I can't imagine anything improving on this, unless ... 4K? There are some classics (mostly from ) we can stream in ultra-advanced clarity, but would labels release familiar titles yet again on 4K?  Question becomes how much perfection the human eye can discern. My own can go no further (I have to wear chair-to-screen viewing glasses as it is). She Wore A Yellow Ribbon isn't likely to look better unless afterlife permits visit to circa 1949 where John Ford and crew are shooting. There is such a thing as too much of a good thing. A 4K disc of this or any favorite might reveal more than filmmakers intended. That's already a complaint among purists toward HD, especially where wires and other artifice are exposed in special effects. There must be some distance between us and the image we watch. Getting much closer to She Wore A Yellow Ribbon would have us invading Ford's space (but you know it's coming with the inevitable She Wore A Yellow Ribbon in virtual reality, release date 2026). 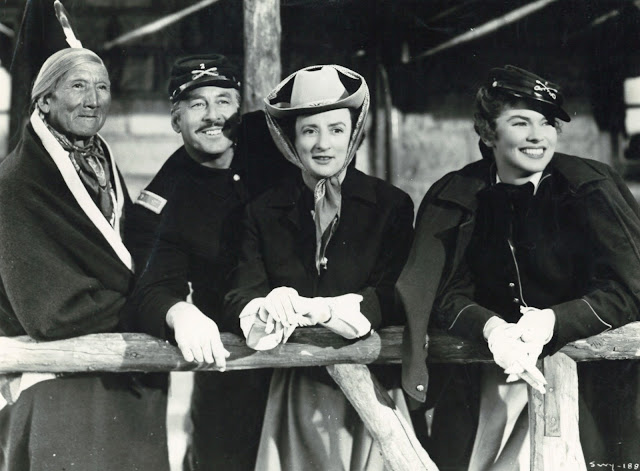 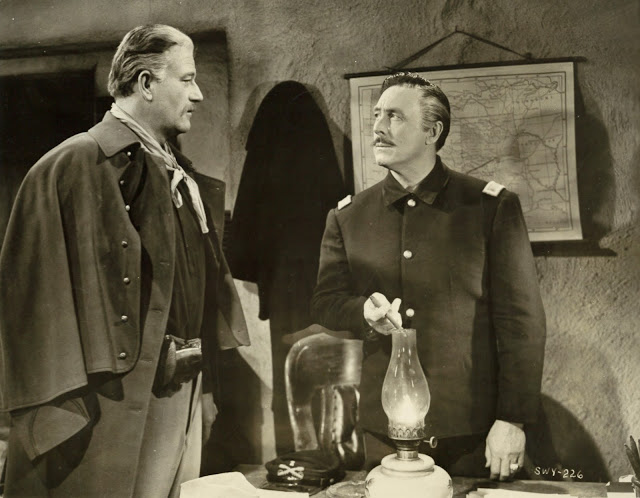 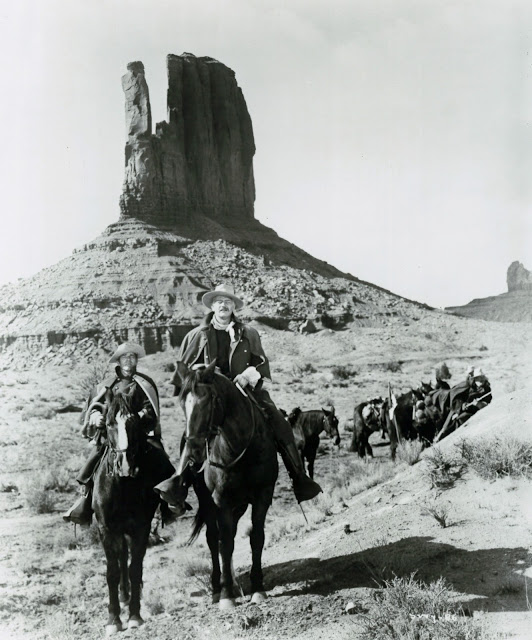 Film collectors dreamed of having She Wore A Yellow Ribbon. It was regarded an acme of Technicolor cinematography. There were B/W prints, of course, objects of contempt and to be avoided, while color prints on Eastman stock fared little better for likelihood of pinkish or faded hue. There had been Technicolor prints made in 1949 for military and non-theatrical rent. Identifiable by their bright blue soundtrack, these were lovely for full and un-faded spectrum, but focus was soft and physical condition iffy, survivors (precious few) having passed through unskilled operator hands and meat-grinding projection. Still, this was a closest we could come to an authentic She Wore A Yellow Ribbon on 16mm. I mention all this to demonstrate how truly lost this great show was for so many years, and what a revelation the Blu-Ray is by comparison. It is a wonderful film made more so by a best-ever presentation. If there are 1949 theatrical prints extant (or an 1957 IB on safety stock), I'd love seeing how one would look beside this new disc. Our already high estimation of She Wore A Yellow Ribbon will be enhanced by what Warner Archives has put in circulation. They are to be congratulated for such a beautiful job.

Can We Improve On Perfection?