Censorship Giving Way With The 50's 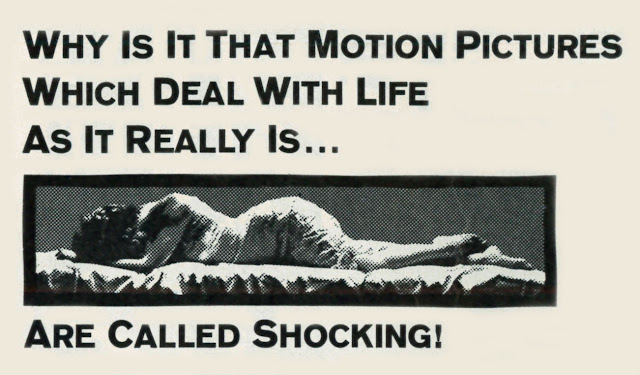 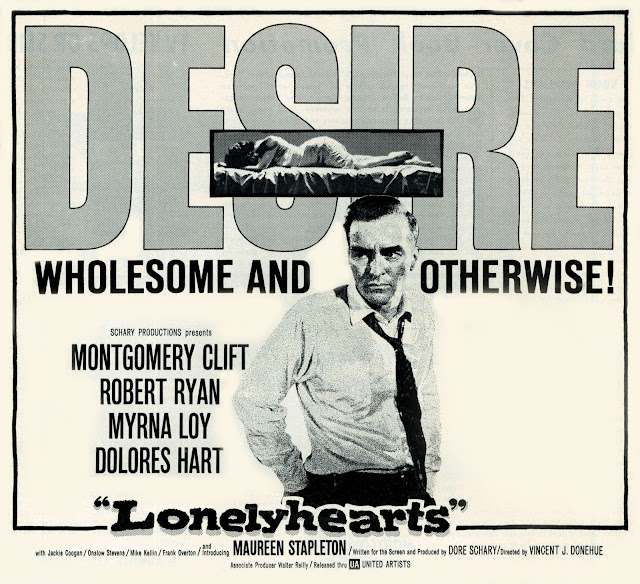 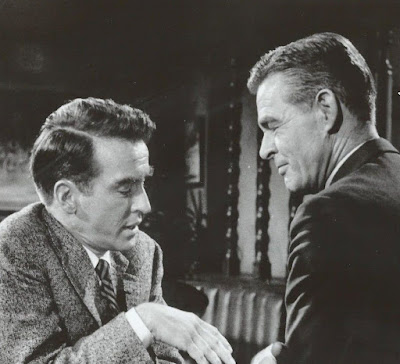 Relaxation of the Code, limited to be sure, saw more adult content into films as the 50's wore on. MGM tentatively adapted Tea and Sympathy in 1956. held its Picnic a same year. 1957 tossed grenade that was , a considerable hit that proved grown-up stuff could sell. From here came check-off of one forbidden theme after another. United Artists' Lonelyhearts was sold on basis that most of ten commandments were made to be broken. "Thou Shalt Not Covet Thy Neighbor's Wife" became a useful and provocative tag line. Sex and resultant shame still went hand-in-hand where most movies were concerned, this a legacy of twenty years under Code dominion. At least now, however, we'd get a little more of the sex. Trouble was too many pics hopping the same bus. They couldn't all click. Lonelyhearts was one that didn't, a worse-even-than-feared flop. Was the theme too reflective of lonely people going to movies, or worse, sitting home alone watching them? Or maybe star Monty Clift was played out after his accident and recovery. Either way --- few wanted any part of Lonelyhearts. 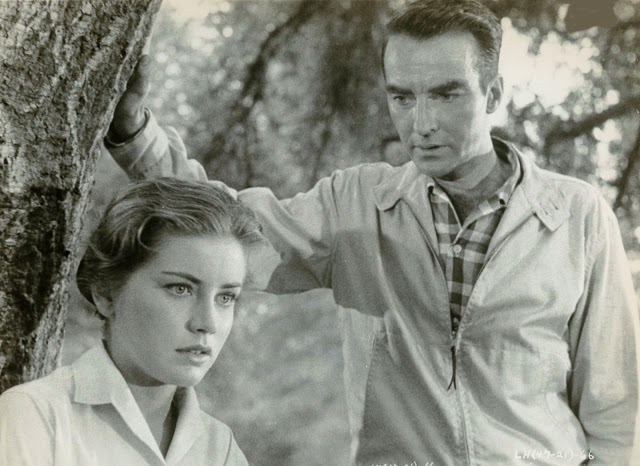 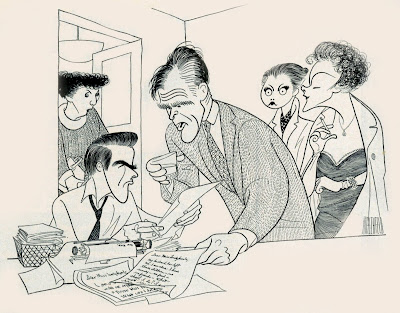 There were two distinct Montgomery Clifts. The one before his wreck, and what remained after. Little of the old Clift survived the crash. He became an entirely different sort of actor, a character rather than romantic star. It was a circumstance Tyrone Power might have wished for in latter stage of his career, even as he, or anyone, would have loathed to come by it in the same way. I wonder if it relieved Clift to be shed of such beauty as to distract from his performing. He'd become more intense, go deeper, after recovery. Some would say increasing addictions were part-cause of that, but messed up as he admittedly was from completion of to the end, I don't see impairment in his work. A burden Clift carried from start was fan idolatry (of frivolous bobby-sox sort) and their insistence he fulfill promise of a perfect face and romance it implied. Clift turned down parts that might satisfy that ideal, and so did few to truly please his base. Momentum had slowed before the accident; in fact, Clift seemed not to care so much if he remained a film star, as evidenced by further reject of parts andcommitment to stage work. Jack Larson would later say that there came stacks of scripts to Monty's NY flat, some from eventual hits to star others, all ignored by first-choice Clift. Catastrophe that it was, the wreck did give the actor entree to parts he'd find more rewarding, with pressure relaxed for him to do conventional leads. Trouble was critics knocking the new, to them now damaged, Clift, plus a public made uncomfortable to see him so. 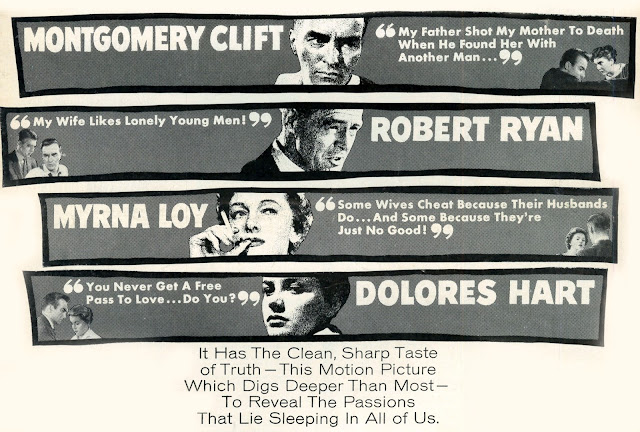 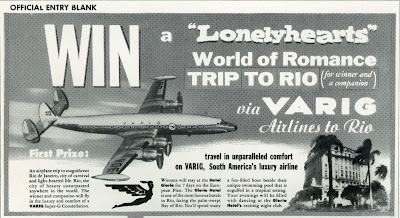 Lonelyhearts was based on a Nathaniel West novella, earlier adapted on precode terms with Lee Tracy. As may be imagined, latter had an entirely different approach from what independent producing Dore Schary did in 1958. Schary wrote the Lonelyhearts screenplay as well, drama ladled in heaviest terms per 50's unpeel of hot potatoes. Everyone aboard carries a big sack of rocks, emptied often and discussed into powder. Is there anything so overwritten as overwritten 50's drama? Monty penning advise to lovelorn for a newspaper column could as easily be comedy, or like before, ribald precode, but Lonelyhearts was all intense bets down, Clift and co-stars Robert Ryan, Myrna Loy, plus Dolores Hart, Maureen Stapleton in support, vying for lead at suffering. Ryan's part, though not his performance, is repetitive and ponderous (the actor valiant in opposition to Schary's script), while Loy's character does feature-length penance for having once strayed during marriage to Ryan (their adultery theme a major focus of UA merchandising). 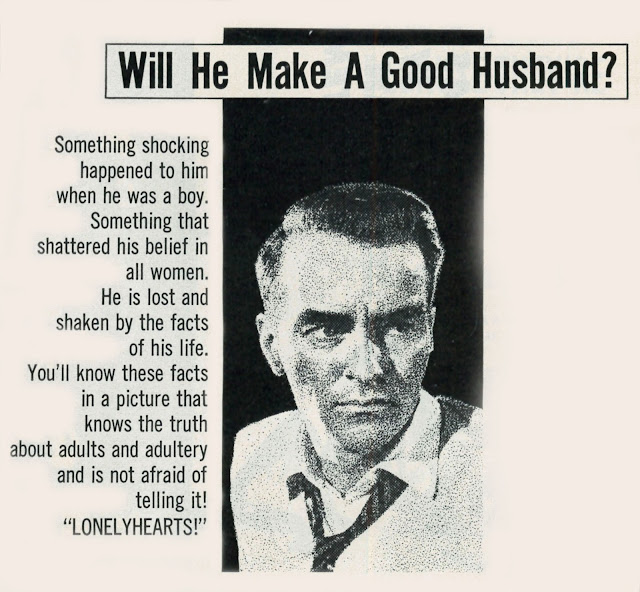 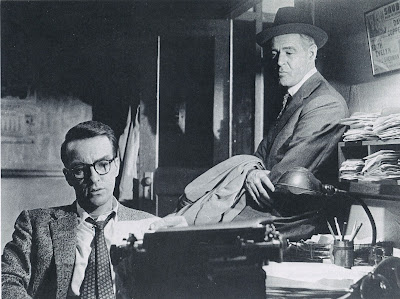 All this is joyless as written, depressing as performed. In his own changed circumstance, Montgomery Clift wanted all the more to distance himself from what he'd call "Angry Young Men" at work in movies and theatre. He had never embraced the Method, in fact deplored it, regarding the Actor's Studio as fakery under leadership of "charlatan" Lee Strasburg. Clift had come to a point where he could no longer laugh at any aspect of life, so that even where he does here, it's cover for despair just beneath. His own tragedy had disqualified the actor for anything other than tragic parts. We're surprised to see his Lonelyhearts character evade death in a last reel, the plot having set that up, but Schary couldn't risk dollars spent, and so contrived a happy, or at least hopeful, ending. Outcome for distributing UA was neither, Lonelyhearts doing ruinous $354,279 in domestic rentals, $329,000 foreign. Networks passed on a run, which would have helped, Lonelyhearts put to syndication in 7-62 with UA's "Showcase Of The 60's, Number One" package (alongside 30 other features). Lonelyheartswas released in 1992 on VHS, but in no other US format since (a Region Two DVD is around). It runs even with Freud as most obscure and unattainable of Montgomery Clift films.

Censorship Giving Way With The 50's