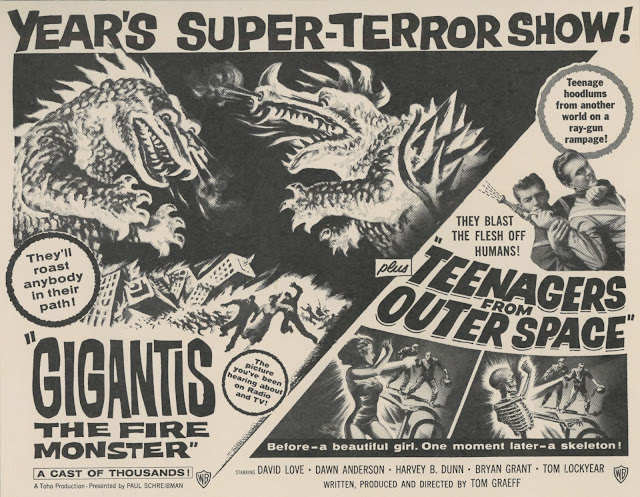 They Will Blast the Flesh Off Humans!! 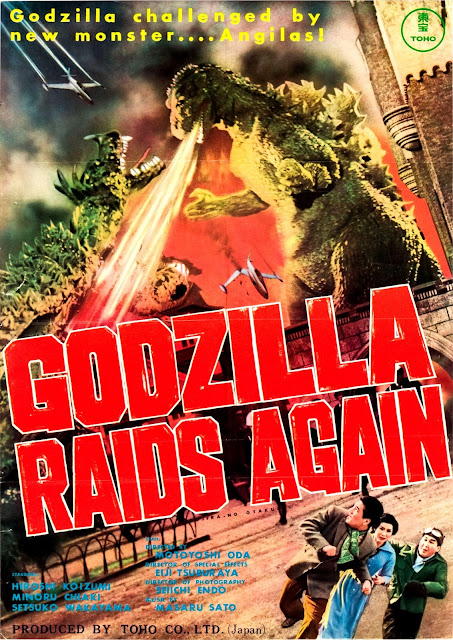 Warner Bros. had wise 50's policy of putting sci-fi on deck each summer, much of it bought cheap from the outside, then played off fast via regional saturation where money was hauled on heels of intense TV/radio saturation (accent on TV: that medium was assuming lead once enjoyed by newspapers and radio). The Beast From 20,000 Fathoms in 1953 had shown ways, a model of how to sell monsters to youth. Again it would work with Them! a following year, then The Black Scorpion in 1957. Cynicism, as in "They'll buy anything," may have been WB thought behind 1959's spew of Gigantis, The Fire Monster with Teenagers From Outer Space, a most arrogant offer of low-grade stuff by a major studio until 20th did WB one (actually two) better with 1964 combo of Horror Of Party Beach and Curse Of The Living Corpse. But wasn't 1959 a little late going to market with cheapjack B/W horrors? Jim Nicholson thought so, taking pledge re poverty pairings in favor of colorful Horrors Of The Black Museum and in-works House Of Usher. Was chilling on a verge of new greatness? 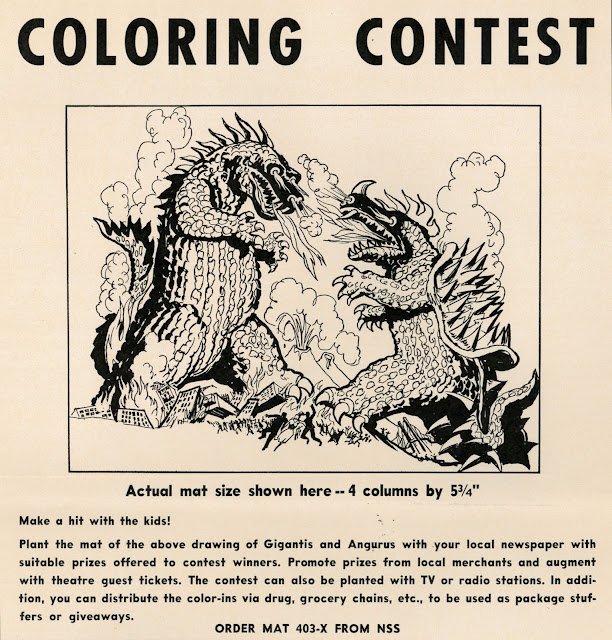 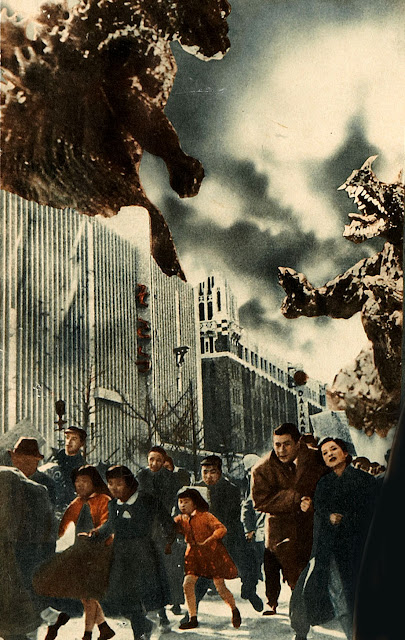 Warners could get away with Gigantis/Teenagersthanks to distribution/sales force dragging kids from front of home sets to paying windows downtown, a trick AIP had managed until a few of their 1958 parlays lost money. Nicholson admitted as much to Variety in a 5/19/59 inquiry headlined "Horror Quickies Over?" AIP's "cheap, run-of-the-mill exploitation pix" were no longer able to compete in a "flooded market," said the producer. AIP would drop from ten horror/sci-fi's in 1958 to four for '59, result of playdates being way down. Jim recalled five to seven thousand theatres that had booked with AIP in 1957, those numbers now dipped to three thousand. The reason was more swimmers in the pool and crabbing Nicholson/Arkoff's act. Warners among majors learned how to earn money by spending virtually none, except at ad/pub level. Their 1957 bet on The Curse Of Frankenstein yielded obscene profit for nickels paid to owners Hammer and Seven Arts. Gigantis would be had for change, the case also with Teenagers From Outer Space, Midwest-made by an independent, Todd Graeff, who thought he had a better deal with Allied Artists (for $60,000) until the exec with whom he shook hands died sudden, leaving Graeff to fire-sell Teenagers to WB for $28,500. He'd sue AA for the difference, alleging "a market value greatly decreased" thanks to the firm's welsh. Graeff had a point; like Jim and Sam, he knew the sci-fi/shock engine was corroding. 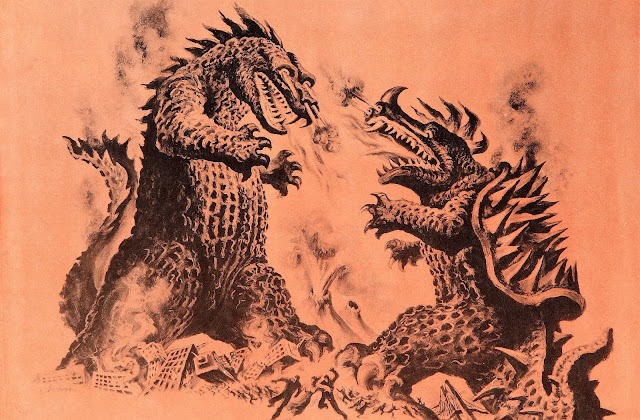 Gigantis, The Fire Monster was screwy sort of product from word go. First off, as any (and as it turned out, plenty) of small boys knew, Gigantis was actually Godzilla. TV spots, if not posters, tipped that off. Enterprising showmen would confirm same, or at least assert a family link (ThenPlaying's Mike Cline recalls his venue tendering Gigantis as "Godzilla's cousin," making him, I suppose, the Chill Wills of Japanese monsters). Gigantis otherwise got formula right by giving its title behemoth another beast to fight, latter named "Angurus," which satisfied me that he/it suffered anger issues, or is that too obvious a read? Anyway, the two do vigorous wrestle over toy structures toppled, albeit in black-and-white as opposed to color tendered two years previous by Rodan and MGM's competing-with-Gigantis, The Mysterians, also Nippon-made and head-to-head with WB in many situations. Did distributing copycats get in arguments at the golf course or card tables over alike stuff they were assigned to peddle, as in "Our Jap monsters are bigger and badder than yours"? 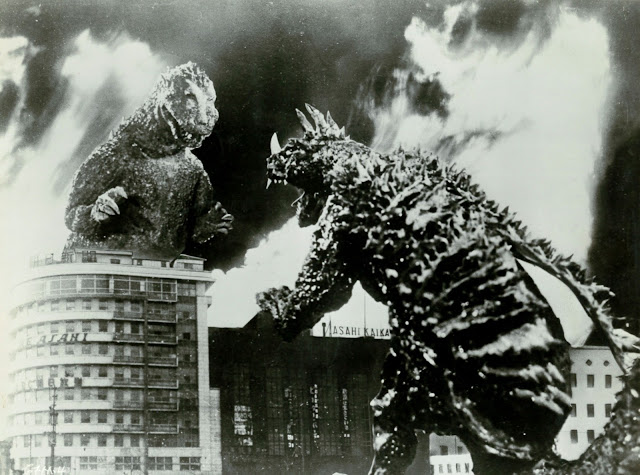 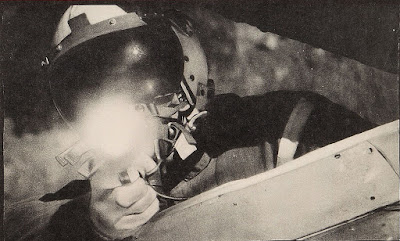 I missed Gigantis in theatres, but heard older boys clucking about it, and a few years later saw reference in Famous Monsters to a Godzilla Raids Again, which was .. what? Certainly nothing I'd seen. Eventually it came to light that they were one and same, Gigantis limping onto Channel 2 Greensboro's weekday afternoon schedule, where I'd see it through snow endemic to that 83 mile-away station. You'll imagine faint impression Gigantis made. Recent revisit came courtesy DVD release, under proper label Godzilla Raids Again, and full-frame, which I cropped to 1.85 for OK result. There was the Japanese version as disc option, but I always prefer re-jigger of these, wanting to experience what domestic attendance got. To our distributors, all of monsters from abroad were raw clay to be molded, as in overdub, fresh music (well, not fresh, usually old and recognizable library themes), and often whole sections shot anew or cast membership swelled by Yank players (Ray Burr in the first Godzilla most noted instance of this). 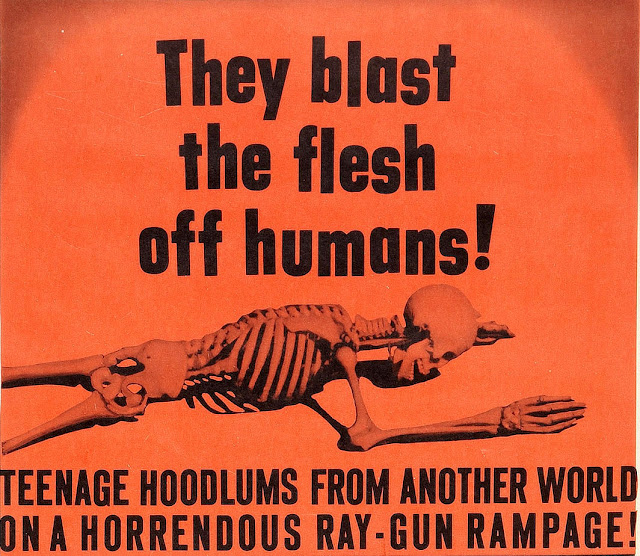 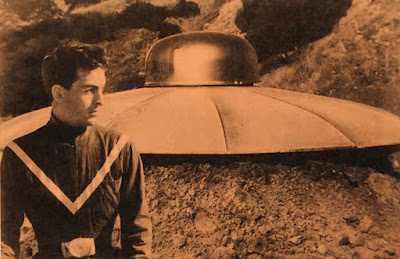 Gigantis isn't too well regarded, but I had fun. Godzilla roars different this time --- was there a reason, as in trying to blur his identity? He also doesn't spit fire until the final showdown ... or did he, and I was dozing? Godzilla/Gigantis's opponent looked turtle-ish with a porcupine shell, lacking gravitas that made his defeat both appropriate and welcome. Besides, "Angurus" for a name seems too on-the-nose, sort of like "Gigantis" for Godzilla, come to think of it. Here's a theory: Since Godzilla was utterly destroyed in the 1954 pic, was Gigantis actually his son, or close friend, or as Mike's local manager claimed, a cousin? I would accept that and live with it if so. Further reality my generation must face: the Godzillas, Rodans, etc. were the only Japanese films we'd see during the 50/60's. It's not like we'd exit a Mothra saying, "That was swell, but just wait till the new Kurosawa gets here next week." There was, however, exposure to Japanese culture in these monster rallies. A Gigantis wedding party segment illuminates as to Eastern way of celebration, even if dubbing dulls reality otherwise. Anyway, it's close as most of us got to other culture practices. Between Toho and Hammer, I'd get extent of a foreign film education, at least until spaghetti westerns came along to augment the curriculum. 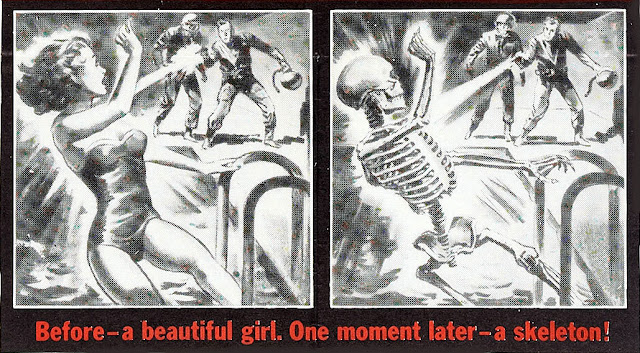 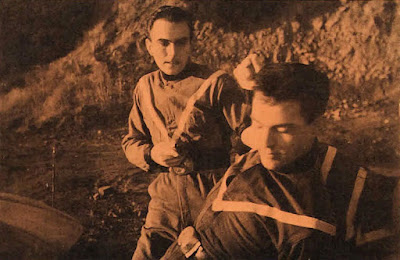 For a second feature, Warners found it more efficient to again shop outside for a quickie than make their own. That had worked before, most notably with The Beast From 20,000 Fathoms. Collapse of the AlliedArtists deal had indeed compromised producer Tom Graeff, allowing WB to again put lion's share of investment in merchandising and exploitation. Teenagers From Outer Space (the studio's idea for a title) wasn't half-bad for what amounted to Graeff's home movie with friends. The story as spun at chase pace: Aliens land, Good titular teen breaks with invasion plot and goes on run with Bad teen in pursuit. They cover much of unspoiled circa late 50's. Forbearing trades gave Teenagers more credit than Gigantis, encouragement for such pick-up deals and for Warners to buy American. Biz suggested there was pulse yet in B/W cheapie pairs, Gigantis clocking $467K in domestic rentals, Teenagers $215K. Maybe Warners was satisfied, or maybe not, as this would be a last such combo until mid-60's release of Brainstorm and The Woman Who Wouldn't Die, these remarkably sold monochrome despite near-overtake of movies by color.