LimeWire ordered to shut down 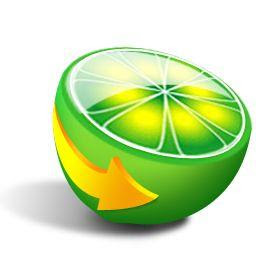 In a major victory for the music industry, a New York federal judge has ordered embattled P2P software maker LimeWire to immediately and permanently stop distributing and supporting its filesharing software. In a 17-page injunction (PDF document) issued on Tuesday, Judge Kimba Wood of the US District Court for the Southern District of New York ordered LimeWire to cease the searching, downloading, uploading, file trading and file distribution functionality of LimeWire's P2P filesharing software.

The injunction instructed LimeWire to immediately communicate the court's decision to all users of the software and to all of the company's employees, principals and other stakeholders. It gave the company 14 days to report back to the court on the steps LimeWire has taken to comply with the order.

The court injunction is a huge victory for the Recording Industry Association of America (RIAA), which has been trying to get the court to shut down LimeWire for quite some time. The RIAA and the music labels it represents have accused LimeWire and its chief executive, Mark Gorton, of willfully enabling widespread copyright infringement. In numerous court documents the music industry has claimed that the use of LimeWire's P2P software by users to illegally download and distribute copyrighted music has caused the industry tens of millions of dollars in losses.

In a ruling in May, Wood found LimeWire and Gorton liable for inducing and enabling copyright infringement. Wood agreed with the recording companies and found that LimeWire and Gorton had engaged in conduct that knowingly fostered and enabled copyright infringement. The judge upheld virtually all of the arguments raised by the recording companies and ruled that LimeWire had failed to implement any meaningful barriers that would have made it harder for users of its software to illegally share and download music files.

Following that ruling, the RIAA ratcheted up its pressure against LimeWire by asking the court to shutter the company and freeze all its assets. Then in June eight music publishers also filed a related copyright infringement lawsuit against LimeWire in the same federal court in New York.

A predictably jubilant RIAA today welcomed the court's response to the lawsuits. "For the better part of the last decade, Limewire and Gorton have violated the law," the RIAA said. "The court has now signed an injunction that will start to unwind the massive piracy machine that Limewire and Gorton used to enrich themselves immensely."

The statement noted that the court is scheduled to conduct a trial in January to determine the extent of the damages that LimeWire should be held liable for to compensate for the "billions and billions" of illegal music downloads through LimeWire. The court injunction ominously noted that LimeWire almost certainly will be held liable for the piracy and potentially be assessed statutory damages that are well beyond its capacity to pay.

Tuesday's ruling comes just weeks after the Federal Trade Commission announced that it was dropping an investigation of the company's P2P software. The FTC said its decision was prompted by the new safeguards that LimeWire has built into newer versions of its software.

LimeWire ordered to shut down