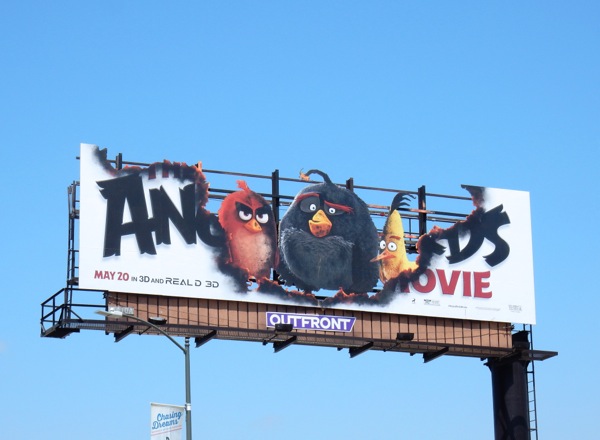 Welcome to another themed FILM WEEK here at Daily Billboard, and what better way to kick off the week than with these fun billboards for The Angry Birds Movie. 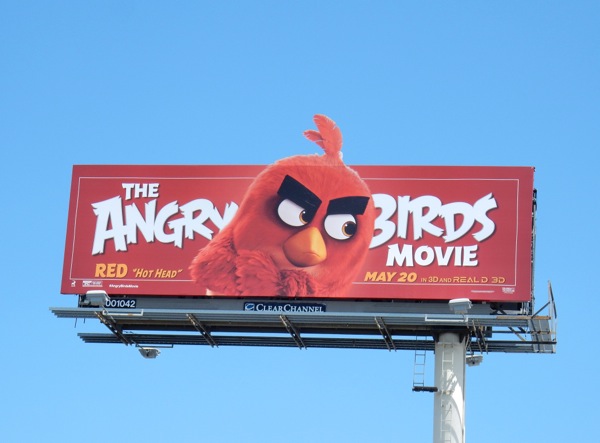 It's probably one of those films you never knew you needed, but the cute winged characters are making the leap from your highly-addictive smartphone game app to the big screen with the help of some impressive outdoor ad support this month. 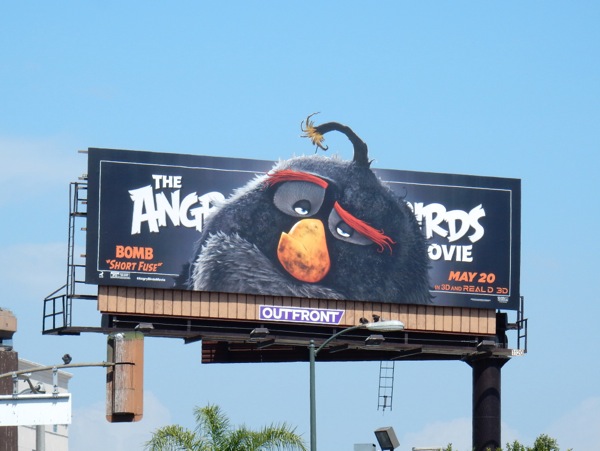 Now it's time to find out why these happy, flightless birds became so angry, as their paradise island is visited by mysterious green piggies and it's up to three unlikely outcasts, the grouchy 'Red' (voiced by Jason Sudeikis), his speedy pal 'Chuck' (Josh Gad) and the explosive 'Bomb' (Danny McBride') to find up what the pigs are really up to. 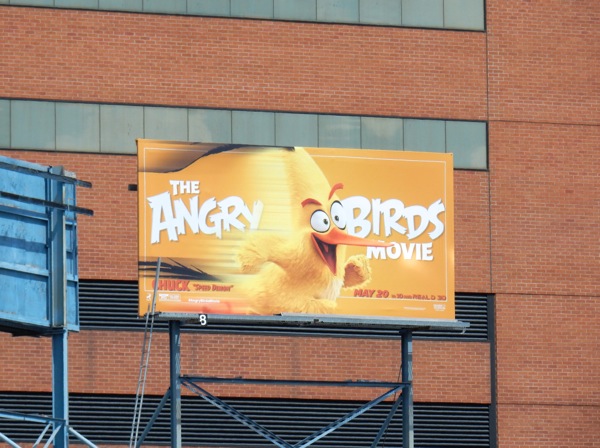 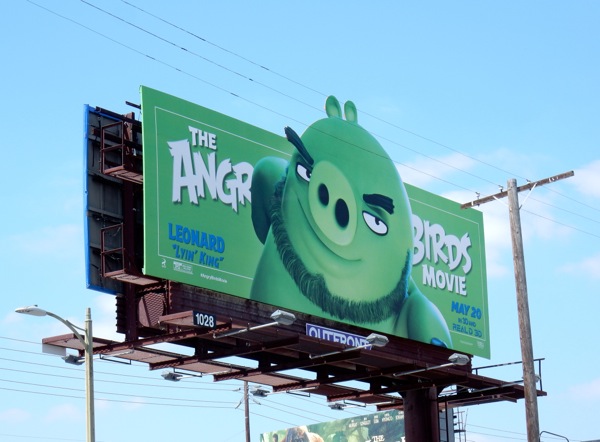 Get ready for these animated avians to slingshot their way to your heart in glorious 3D action on the big screen. 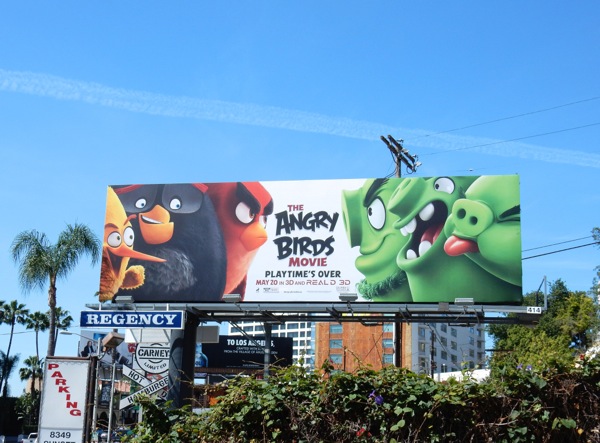 The film's face-off ad creative was first snapped along the Sunset Strip on April 20, then all the cute characters and multiple different billboard creatives were spied around the streets of L.A., from Hollywood Boulevard to Highland Avenue, Vine Street to La Brea Avenue, 3rd Street to La Cienega Boulevard through May 3, 2016. 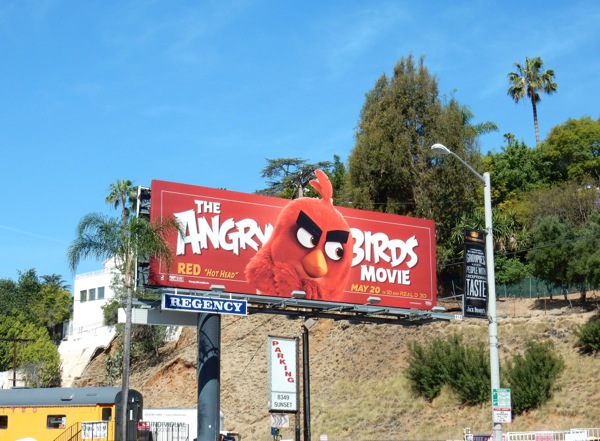 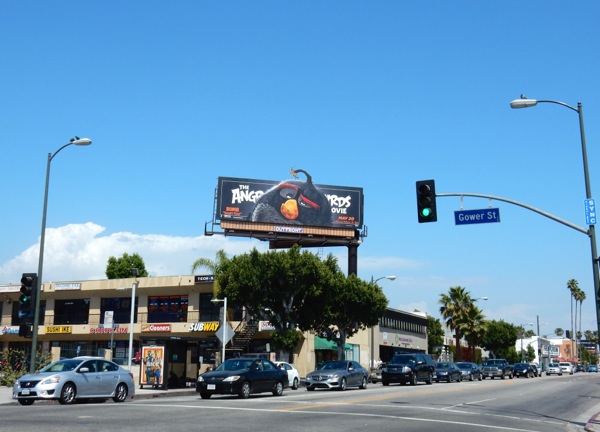 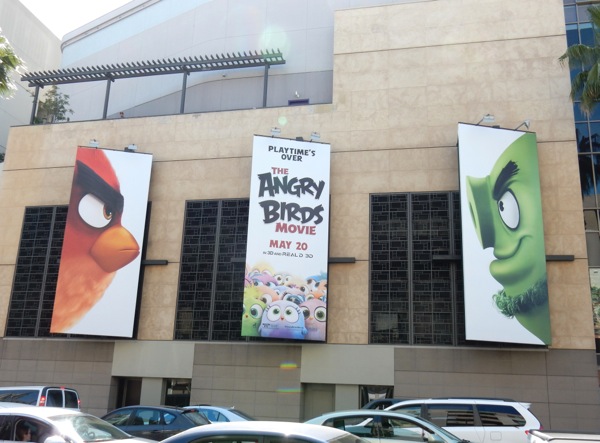 Only time will tell whether Angry Birds will make cinema-going audiences happy, but they certainly seem to be brightening the skies of L.A. at the moment. 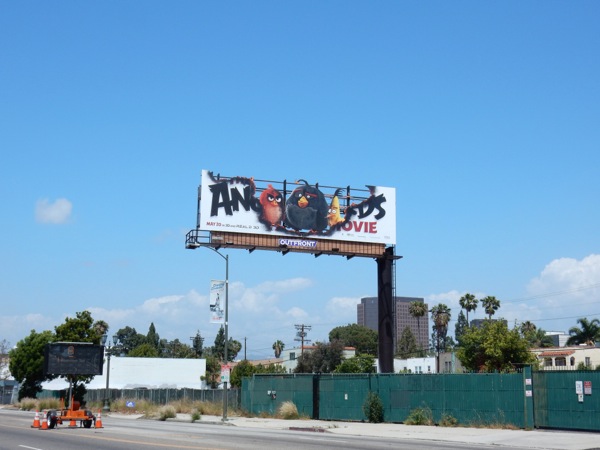 Meanwhile stay tuned the rest of the week for more fantastic movie billboards vying for your attention in the crowded city skyline. 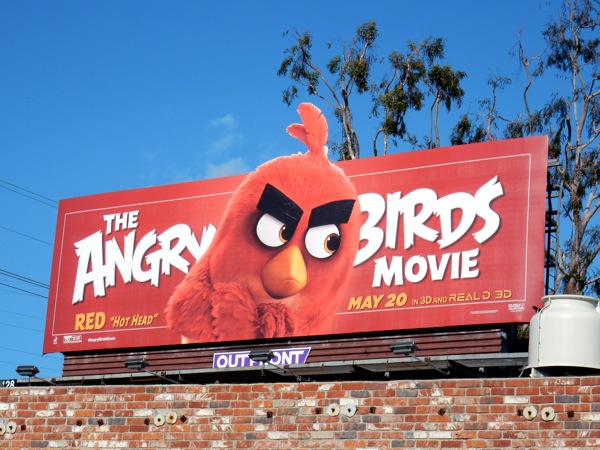