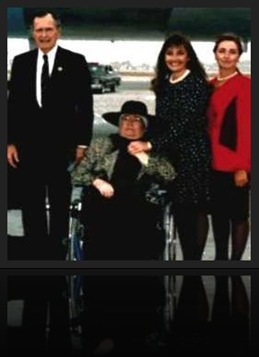 "All he wanted, was to be free,

and that's the way, it turned out to be.

Let your waters wash down, take me from this role,

The Byrds -The Ballad Of Easy Rider

I was sitting in my orange velveteen chair today, eatin' stroganoff and a Kit-Kat bar, when I began to muse about how far technologically advanced we have become since the Manson killers were were rightfully apprehended and incarcerated.

30 Epic 50s Hairstyles for Men That A…
VIDEO: Mike Tyson Bloodies Passenger’…
‘Back to the Giuliani era’: Adams’ or…
What Is The Metaverse and Does It Hav…

It's been a long strange road,...hasn't it been, kids?

You gotta figure. Watergate was still beyond the vanishing point and everything after that was but a mere scratch in the jeans of time. We got the calculators. They had a red read-out and would actually take a second or two before it would give you the sum of your math problem. We then got digital watches. All phones were attached to walls or end tables that were attached to cords in which the signals went outside and up a phone pole to be sent to a waiting party. Phones had actual bells in them....and that Crew was in Jail.

Our music was played on record players. (For those of you too young to remember, records were large black discs that had grooves in them. The grooves contained the music. They came in big cardboard covers, too. Usually with awesome artwork) We didn't have those new-fangled tapes. Those came into vogue much later. We "percolated" our coffee instead of buying a cup for four dollars a piece at Starbucks. It took some doing and time, but you would eventually get your coffee from those percolators....and that crew was in jail.

We had newspapers delivered to our house and we would have to walk down the driveway to get it. We didn't open up the laptop and peruse MSN, AOL, Yahoo and Google to get our news. We read it in print. There was some kid who would come to the house to "collect".  (That woulda been me because I had a paper route.) He would deliver your paper to the house....kinda like Steve Shannon did on Cielo Drive on the morning of 8.9.69. He rode his bike up there to give Sharon her newspaper,...that she would read while sitting in the kitchen drinkin' a cup of percolated coffee and talking on a phone that was attached to a wall with an unsightly curly cord. She had to "dial" rotary numbers,...and would lose a considerable of time in her day should the phone number have a lot of zeros in it. That crew wasn't in jail then, but they would be shortly after that....and they have been there since.

Disco was all the rage in the 70's, Andy Warhol was still relatively young and David Berkowitz hadn't started talkin' to dogs yet. Patty Hearst  went from heiress to kidnap victim to revolutionary to heiress again. Mister Rodgers was in his hey-day. Mary Tyler Moore was rubbing elbows with Cloris Leachman and Capt. Steubing. Saturday Night Fever wasn't even released yet and Florence Henderson was still somewhat good-looking,...and that crew was in jail.

Sharon's car was made of mostly metal and there were no emissions crap installed. It also had something known as a "carburetor" on top of the engine block,...with a "rocker" for oxygen. She probably had to roll her windows down manually and the stereo was probably and am/fm radio. Her windshield wipers were made of metal as well, as was her air filter container.

Phil Donahue and Merv Griffin were up and coming stars in the talk show realm, Marlo Thomas was less than a bitch and Loretta Swit actually had a nice, fine ass. Suzanne Somers wasn't old and  John Ritter wasn't dead yet,...and that crew was still in jail.

That crew was still in jail when the hostages were held for 444 days in Iran. (Phhffftt,...444 days in Iran is nothing to the time that crew spent in jail at that point. They spent roughly 8 times that by the time the Ayatollah issued his mandate for the American Embassy) The Vietnam war ended and the Weathermen went underground for ten years before coming back to society and establishing themselves in their rightful place,...as teachers in our universities,...all while this Crew Sat in jail.

I went from kindergartner to middle-aged man,...while this crew sat in jail.

When and if there is ever talk of their parole, I never lament. They will be there until the end of time. The most wicked exit first. Bye-Bye, Sadie. My bet is that Charlie's next....the rest of them still have some time, don't they?

Tex, Katie, Leslie, Bobby,....they have missed the advents of computers, cell phones (well, not Charlie) Domino's Pizza, Taco Bell, Red Robin and Chipotle. They were in jail as Jaws, Star Wars and the French Connection all came and went. On the very day of the murders Terry Melcher was in the studio with the Byrds recording the Ballad Of Easy Rider. This crew was in jail before C,S,N, & Y made their first album.

This crew is not going anywhere anytime soon.

Thanks, Doris and Patti. You done good.

This post first appeared on 2nd Official Tate-LaBianca Murders, please read the originial post: here
People also like
30 Epic 50s Hairstyles for Men That Are Popular Again
VIDEO: Mike Tyson Bloodies Passenger’s Face After He Antagonizes Him On A JetBlue Flight
‘Back to the Giuliani era’: Adams’ order to clear homeless camps ignites fury in New York
What Is The Metaverse and Does It Have Links to the Blockchain?