I finally caught "Gleason" the other day and, boy, was it ever a tough watch. ALS has not really been tackled that much as far as film goes, but if there ever was a film that could define and give cinematic language to the disease it's this documentary about former NFL-er Steve Gleason who was diagnosed with ALS in 2011 and not too long after found out he was going to be a father. It just so happens that he was filming himself the entire time, from the moment he found out about the diagnosis to the way his body disintegrates into nothingness over the next 4 years of his life. The slow and painful way he loses his motor functions is heartbreaking, but so is the way director Jay Tweel manages to edit and make a coherent movie out of Gleason's personal video journals for his newborn son. His wife Michel turns out to be the heart and soul of the picture, battling her way through the demons that haunt her and the life she never expected she'd have to live as caretaker of Steve's This is a movie that is more important and revelatory than any ice-bucket challenge ever could be. [B+] 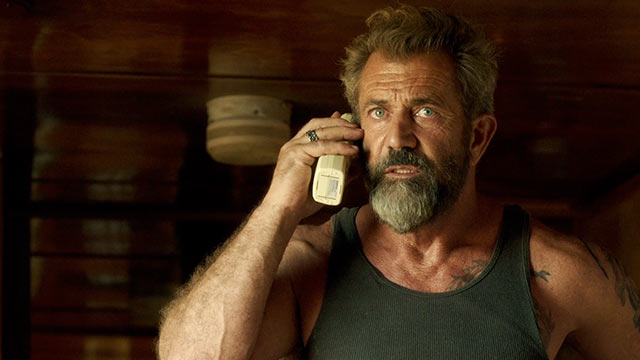 I will also add that "Blood Father" is another gem starring Mel Gibson. I was a big fan of "Get the Gringo" and this new film from Jean-Francois Richet, director of "Mesrine," is damn good and takes full advantage of Gibson's vulnerable public persona. Safe for a hacked finale, this is expertly crafted B-movie heaven. Mel plays John an ex-convict that that ends up having to defend his estranged daughter (Erin Moriarty) who has a bounty on her head after shooting her convict beau (Diego Luna). Good thing daddy knows people. I already mentioned how Gibson has directed another move due out this fall called "Hacksaw Ridge," but "Blood Father" is something to cherish, it's the kind of feature I hope can help Gibson's career and remind American audiences about how charismatic and just damn likeable an actor he can be. [B]

In case you missed my review, here are three movies coming out this week