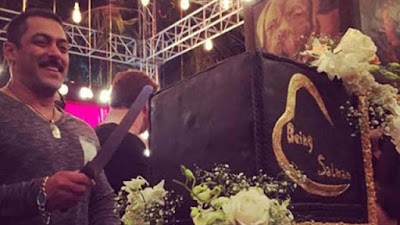 Salman khan's birthday Bash at his Panvel farmhouse was a massive affair. The actor's family members had stayed at the farmhouse for a few days prior to the bash to ensure that all the arrangements were taken care off.

The celebrations began with the actor cutting a cake with just his family members around before the guests arrived. The guest list included all his friends, directors, protégés and even former Bigg Boss contestants. The bash had around 800 guests in attendance! 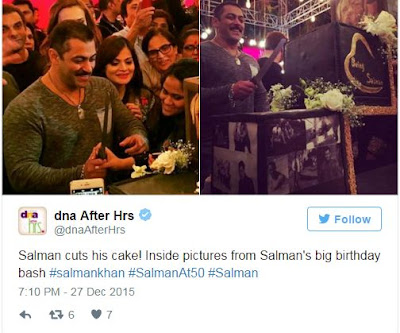 The actor did not cut another cake when the guests arrived, but was seen mingling with everyone and posing for pictures through the night. The entrance was lit up with a huge Being Human board along with other installation one of which had number the 50 and the actor's initials - SK - mounted with lights and flowers. 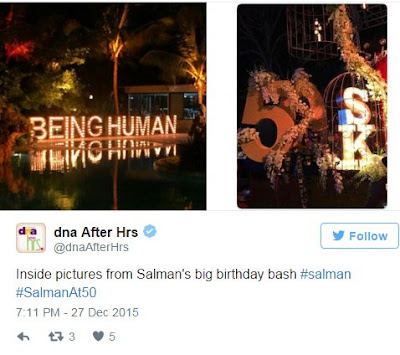 Besides music and food, there were also a couple of photographers at the event who took pictures of the guests and then gave it back in a frame that had Salman's initials on it. Sisters Alvira and Arpita along with the actor's brother's Sohail and Arbaaz were seen playing the perfect hosts.

IULIA'S THE PHOTOBOMBER
Though Salman's Romanian girlfriend Iulia Vantur tried to stay away from the cameras, she unknowingly photobombed some pictures. She was seen sporting a black outfit and jacket at the party. Recently, the two were seen attending Kareena and Saif Ali Khan's Christmas bash together. 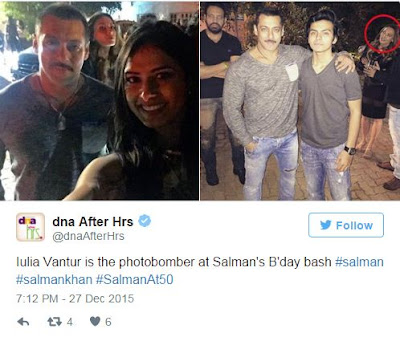 SPOOF PROOF
On of the pictures from the bash posted by Sania Mirza, had her along with Salman and Riteish and Genelia Deshmukh spoofing Deepika Padukone and Vin Diesel's. 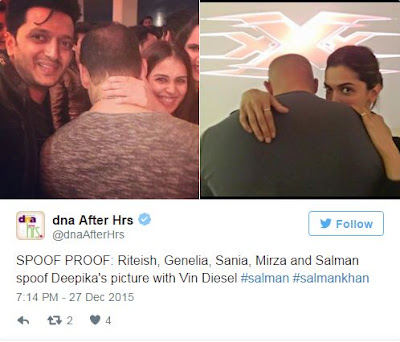 LET ME DANCE
Sooraj Pancholi jumped on the dance with a couple of friends to shake a leg to Ranbir Kapoor's hit track Badtameez Dil.

WITHOUT BEBO
Though Kareena, who took off for a holiday with husband Saif, was not at the bash, Karisma Kapoor was in attendance. She spent her evening hanging out with Amrita Arora Ladak and Malaika Arora Khan. 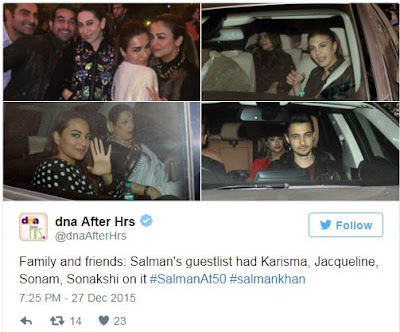 BESTIES FOREVER
Jacqueline Fernandez had her best friend Sonam Kapoor giving her company this evening. The two friends picked the same colour – black – for their outing.