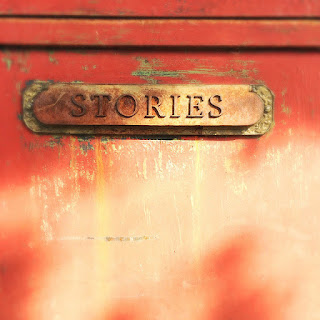 Charlie Chaplin once said: "All I need to make a comedy is a park, a policeman and a pretty girl." These were the basic elements of the story he wanted to tell.

As filmmaking has progressed over the years, things have gotten more complicated. (For Chaplin, even adding sound to movies was a big step! And he would argue, not exactly a necessary element.) Technology has given us fancier cameras. The computer has made CGI pretty much the norm in Hollywood.

This technology is not what makes a movie good.

Take another advance this past decade: 3D. Back in 2010, we wrote a blogpost about the new surge of 3D in filmmaking. Not only did this affect theatrical distribution, but the television industry as well. TV manufacturers were jumping on the bandwagon to bring 3D into the home. Some seven years later... there is no longer any major TV-maker selling 3D TVs. Why? Maybe partly because 3D really isn't essential for the enjoyment of a good movie.

What is essential for a good movie is the story.

Any effects can definitely help tell a story. That's their job. CGI is a tool. But when you watch a movie, you really shouldn't even notice any use of special effects.

Movies that endure focus on the all-important narrative of the story they are trying to tell. Movies that spend their time focusing on the CGI or just the technology often don't because they forget to craft a real story. And so, they tend to be missing that something.

That doesn't mean that all movies should shun CGI and stick to simple, comedic stories set in a park. But it does mean that filmmakers need to have a reason to use the special effects.

Story is key and everything, from sets, props, and actors, needs to support the story.