From Flop to Christmas Classic 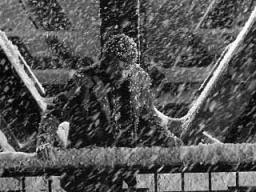 You'll be hard-pressed to find a Christmas Top Ten movie list without It's a Wonderful Life on it.

However, when It's a Wonderful Life first came out in the theatres in 1946, it didn't do very well at the box office. (Okay, it wasn't really what you'd call a flop. It did make over $3 million, but that was not enough to recoup what it cost to make the movie.)

Blame it on the Christmas weather (it was released on Dec 20th). Blame on the people who thought it was "too dark" for a Christmas movie (the movie does open with an attempted suicide).

It's one of those films that would have been lost in some film vault.

Except for one thing.

The film fell into the public domain. Television picked it up and played it every Christmas season in the 1970s and 80s...

Making the movie a Christmas classic.

From Flop to Christmas Classic