6 Best Tips To Exceed What Directors Want From Actors 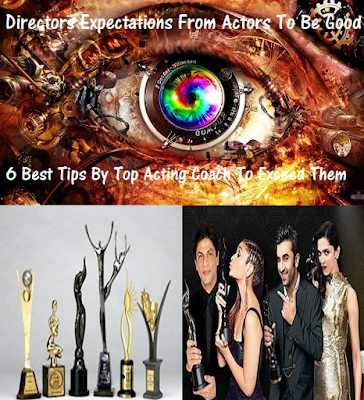 How to be a convincing actor?
These 6 incredible tips are based on my personal experience of 15 years as an acting coach, short filmmaker, and actor in addition to the expectations from actors expressed by leading directors during forum meetings.

An artist’s life is all about resilience (the capacity to recover quickly from difficulties; toughness). It’s few things that might seem like setbacks at the time might be the things that push your career forward.... It’s easy to be caught up in day-to-day ups and downs. Every up feels like you’re winning the lottery; every down is your soul being crushed.” Instead of focusing on rejection, the director encourages actors to change their perspective: “Try to take a step back and see those ups and downs and see a journey. It’s a healthier way to be.”

Have confidence in your own ideas and don’t be afraid to share them with your director.

Don’t underestimate how much of acting is nonverbal (without dialog).
Your face tells just as big a story: Many of the top directors look for someone who could emote (Show emotions) without speaking, and mostly, that was in the eyes. They pay attention to what actors were doing when they weren’t speaking
Trust in your director, be ready to work, and be willing to play.

Training, a regular update, and practice are extremely important.
Don’t economize by using less time, money, or material on something that is necessary on your training.
Remember, while in front of a camera, there’s a certain emotional immediacy (An instant involvement)  and veracity ( A truthfulness, accuracy, and realism), an attribute of really good actors that is evident from the beginning. The moment a good actor walks in a director and viewers can really tell if they’re emotionally present or not, or if they’re putting on an act.... The capacity to really act. it’s as per one of the world’s top acting coach Sandy Meisner: genuine emotion in imaginary circumstances.
Well, if someone can do that, they’re going to be really interesting with lots of future opportunities

Further, before actors try for auditions, they must consider their suitability for a given role

Finally, an actor can create a unique asset for him/herself by bringing a role to themselves. The character is like an alien planet. It has its own culture, its own references, its own inner world. A good director or viewers are looking for convincingly transformed actors who bring their own universe on the screen, their own background. So, bring the character in you


Join us to learn to be one!

6 Best Tips To Exceed What Directors Want From Actors