9 Simple Steps On How To Learn Acting At Home 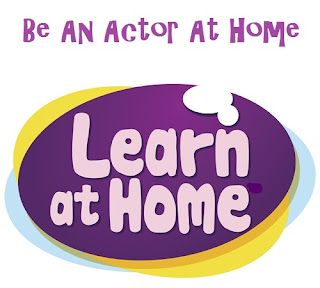 How to Learn acting at home to be a Bollywood actor

1. Needs total devotion…and not an overnight job. It’s a performing art and learning is not like studying a subject of history or physics in a class of 20-30
2. To learn to act is simply to forget yourself, your style, gestures speech, behavior, attitude. Make yourself absolutely a "blank, a clean slate, an empty glass". Then only you can portray a new life, a character who is not "you". Leave your ego at the door.

Top 10 Sites to watch Telugu Movies O…
Spider-Man: If This Be My Destiny - L…
How To Make a Girl Horny: 11 Simple T…
5 Practical Tips on How to Use Social…
Remote Learning Resources for the Fir…
3. To learn to act is to be accepted by others as an actor. Go to auditions. Fail. Go to more.
To learn to act is to rehearse a part. Memorize jokes, mimic friends, and actors, a story or share-o-shaiyree,  perform it at parties.
4. Set a time table to go out to public places and Observe!
This is something you can do no matter what level you are on. Take an interest in observing your friends' actions, recording them in a notebook, and analyzing them as characters.
There are real-life, living, breathing characters walking around you every day; use them! Observe the way an angry customer deals with a waiter or in a shop.  What do you think lies underneath that?
Observe the way your friend talks about someone who she is in love with. Have you heard her speak this way before? Do you pick up any patterns? Being able to analyze is a hugely important part of acting. You have to know what to communicate before you can actually communicate.
Observe people say at a park or at a railway suburban/metro station, imagine scenes with stories and practice as one of the characters.
5. Play at home that observed character and it's movements, gestures voice etc with imaginary dialogs.
Go to a zoo or watch on a road animals then imagine them standing on 2 legs and behaving and moving. Question why? Be that animal and practice behaving like that animal as if that animal has turned into a human character

6. You can watch other actors' performances and learn. See these movies:
Hollywood
Bollywood

7. To learn to act is to allow yourself to be directed by others. Join a theater group.
8. Join work as a trainee in direction or production department in a reputed production houses, watch and practice with other actors.
9. Read these Acting books

"Audition" by Michael Shurtleff
I consider this book to be the “bible” for aspiring actors. If you are just beginning your acting career, this is a great place to start! It covers everything you need to know to get the part.

"Meisner on Acting" by Sanford Meisner
Meisner gives it to you straight on how to live truthfully in the moment under imaginary circumstances. Your library is not complete without this one.

"Respect for Acting" by Uta Hagen
Simple and straightforward, Uta Hagen’s profound book has helped generations of actors hone their craft. She introduces series of exercises to help the actor connect to the moment, fellow actors, and the audience. “Who am I?” “What do I want?” and “What is my relationship?” are three of the nine questions explored to define your character’s role specifically. Hagen also includes invaluable advice about stage nerves and how to stay fresh in a long run.

"An Actor Prepares" by Constantin Stanislavsky
This book takes the actor through Stanislavsky’s self-developed "system" which helps the actor to master his craft as well as stimulate creativity and imagination. Now referred to as "method acting," "An Actor Prepares" includes a variety of exercises and some autobiographical experiences that focus on relaxation, concentration, and techniques that will help get the actor into character. Emotional memory and the “magic if” explored in his book laid the groundwork for much of the great acting today.

"Improvisation for the Theatre" by Viola Spolin
Considered the mother of improvisation, Viola Spolin developed a series of acting exercises and theater games to free the actor’s creativity.

To get the above books, go to right sidebar of this blog's home page, scroll down to Amazon.in search box and type the name of one by one book mentioned above


Remember
To learn to act is to act.
Or join our personal one on one acting coaching by
The top acting coach

9 Simple Steps On How To Learn Acting At Home