Deciding the Difference between a  Good Acting From Bad Acting is Bullshit!

If anyone tells you there are fixed (objective) standards for acting, they're full of crap. This is a matter of personal taste. There are trends. There are many people who loved Dilip Kumar's acting. But if you don't, you're not wrong. At worst, you're weird!
There had been directors and me as well who has been observing or working with actors for almost 30 years, and I'll give you here based on the experiences of esteemed Indian director's definition of good acting. But I really want to stress that if I say, “Hrithik Roshan is great,” and you disagree, my experience does not make me right and you wrong. It just means we have different tastes.

What's a Good Acting? Logic Behind

Second, the actor has to surprise me. This is vague, but the needed and important. Except for really small roles like a bank cashier or a watchman or a nurse standing and helping doctors,  it's not enough for actors to just seem real. Seeming real is a requirement, but a second requirement is that I can't predict their every reaction before they show them. Think of how someone might react if his or her life partner suddenly ends the relationship! There are many, many truthful ways—ways that would seem like a normal human being reacting and not like a space alien behaving in some mad, unbelievable way.
Here I believe, an actor's job is to know the breadth of human possibility and the depths of his or her own possibilities. He or she must pull from this Kuaon (deep well} and surprise us. Otherwise, the actor becomes boring and predictable.
There are many ways and actor can surprise. There are numerous examples of such acts by many Bollywood stalwarts like Late Raj Kapoor, Mahmood, Amjad Khan (as Gabbar Singh), Amitabh Bachchan as some of the few tops. Of course, there had been many from Hollywood like Gary Oldman and Johnny Depp, who surprise us by being truthful while playing multiple, very different roles. Jack Nicholson surprises by being... Surprising.  Christopher Walken, Glenn Close, Al Pancino, and many others have a surprising danger in them.

Third, the actor is vulnerable that is exposed!. Great actors share the parts of themselves that most people keep hidden. They are always naked. (I'm talking about emotional nakedness.) Bad actors are guarded. They don't want to share the parts of themselves that are ugly, mean, petty, jealous, etc. On the Indian screen such actors had been Pran, Shah Rukh Khan, Amitabh Bachchan to name who show vulnerability without hesitation and that's the reason they excel whether a character is a hero, a villain, comedian or a mentally sick person.

Fourth, the actor knows how to listen. It's fascinating to watch actors when they're not speaking.
Some are too caught up in ego or memorizing problems (e.g., trying to remember the next line) and just can't totally focus on whomever it is they're acting with. Others seem to register everything they hear. You can really see whatever is being said to them physically affecting them, as if the words their co-actors are slapping them across on their face.

Fifth, the actor has a well-honed “instrument,” (having acting skill or skills that are developed extremely well)  by which I mean he knows how to use his voice and body to serve whatever role he's playing. This doesn't necessarily mean he's slim and has a six-pack.
Keep in mind that many people (who are NOT themselves actors, directors, or obsessive film buffs) aren't very clear on what an actor contributes to a film. Lots of people think an actor is great if they like his or her character. But that's often a function of good writing more that good acting. Or they think the actor is good if he/she pulls off some impressive effect, such as suddenly becoming paralyzed or pretending to be handicapped. Those are impressive stunts, but they aren't the core of what makes an actor great. Similarly, some people think acting is good if they like the movie and it's a box-office hit
Inspired by

So, what should you do?

1. Develop a great power of imagination, dreaming and transformation. This is a must!

3. Analyze your character in relation to script and other characters

5. Keep a minimum of 3 best options to portray your character 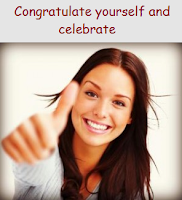 This post first appeared on Best Actor Academy, please read the originial post: here
People also like
5 Real Madrid players who could still leave the club before transfer window shuts
4 principles for building an MVP even if you can’t write a single line of code
A local’s guide to Prague: the best beer, cool architecture and hunting for fossils
5 Celebrities Who Use CBD To Stay Calm And Relaxed
Double Celebration As Actress, Mimi Orjiekwe Bags Multimillion Ambassadorial Deal On Her 34th Birthday Photos)
The Prepared Vehicle – Sanitation – Keeping Clean, Uncluttered, and Prepared for Emergencies