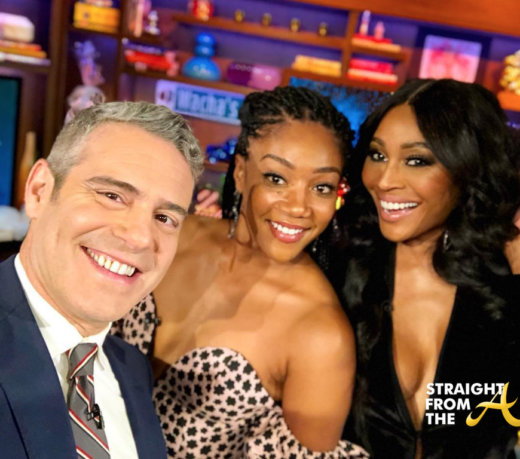 Rising star Tiffany Haddish was the guest of honor last night for the ‘Watch What Happens LIVE’ aftershow, while Cynthia Bailey played the background. 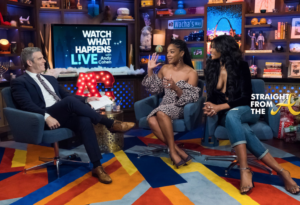 Haddish totally stole the show as she spoke about her tough upbringing, her relationship with Taylor Swift and she even spilled a bit of tea about her experience with OG ‘housewife’ Nene Leakes during their ladies only comedy tour.

Seating arrangements always tell a story. As you know, guests are seated in the order of their importance to the host.

Well, apparently Cynthia has been regulated to a supporting role on her own dayum network!

In case you missed it, check out video from the show below… (more…)