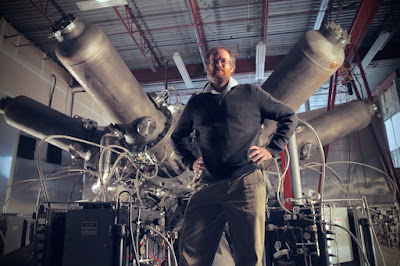 A group of scientists work towards making fusion a reality in Let There Be Light. Stars draw on a vast reservoir of energy and if that energy can somewhat be harnessed on Earth, it can provide clean power for generations. That is the theory behind nuclear fusion, which scientists around the world have been trying to develop since the 1940s. At the centre of the search for fusion is the International Thermonuclear Experimental Reactor (ITER) in France, which the the nucleus to all the fusion research going on around the world.

It is mentioned very early on in the very science-heavy documentary Let There Be Light that humanity also prefers to take the easy path. This is why we continue to rely upon fossil fuels for our energy needs, instead of trying to find a more viable solution. However, scientists have indeed been trying for decades to find this viable solution in the form of nuclear fusion, which should not be confused by the nuclear fission currently in use. These scientists essentially have to create an artificial star and the results could either solve the energy crisis or be the most expensive failure of all time.

While the science is laid on pretty thick in Let There Be Light, the essential crux is that we have to find fusion or else humanity is ultimately doomed. Much of the focus of the film is on the large scale international project ITER, which has been under development for decades, yet is likely still decades away from being operational. However, if ITER goes under, it puts an end to all the research into fusion that has been going on around the world. Altogether, this is a documentary for people who like science and how it's being applied to literally create a star.