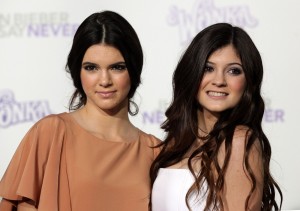 Kylie Jenner remains quiet on her potential pregnancy. The reality star has been the center of news headlines in recent weeks, with the media speculating that she is pregnant. Travis Scott and Jenner have been spending more time together since rumors of her pregnancy hit the Internet.

Photos of Jenner surfaced over the weekend with the star looking heavier.

Kourtney, Kris and Kylie were all seen in paparazzi pictures on Sunday boarding a private jet, and Kylie was seen wearing baggy clothes. Wearing a black sweatshirt and a pair of black sweatpants, she was visibly larger than in the past.

She responded to the pictures on Twitter, stating, “First of all if you’re going to photoshop my photos blogs/paps!! Check for the crooked lines in the background. 2nd photo is clearly altered.” A photographer for X17Online who took the photo stated “100% REAL! No Photoshop #nofilter, no additices, no preservatives – all organic and all REAL!”

The photos, exclusive to The Daily Mail, feature a new statement that says “DailyMail.com can confirm that these pictures have not been Photoshopped.”

Kylie posted pictures to her Snapchat account later in the day with her facing sideways. Photographers claim that the pose minimizes the “baby bump.”

News broke in September that Kylie was pregnant with her first child. Khloe Kardashian, her sister, is also reportedly pregnant with the child of Tristan Thompson. Representatives for both stars have not confirmed or denied either of the rumored pregnancies.

Kylie’s Snapchat also included photos of candy, including everything from Gummy Bears, Milk Duds, Pringles and a half dozen other items.