Kapil Sharma is one of the best comedians in the business and he had also has one of the most successful television shows, 'The Kapil Sharma Show.' Given his show, Kapil has a humongous fan following on social media. But, there has been a flip side to this as his wife Ginni Chatrath, who just became a mommy was brutally trolled on social media for being fat.

In one of the pictures, from the screening of 'Baaghi 3' Kapil is seen with wife Ginni. Ginni looked gorgeous with the mommy glow up serving her well. Kapil and Ginni looked adorable as new parents of a baby girl. But, the trolls just could not see past Ginni's weight as she was brutally trolled for it.

But Ginni also got a lot of support in the comments as they defended her. One wrote, "Shame on those who calling moti to her wife she is new mother of a child so she has put on weight it's natural ..she is looking gorgeous 💞...kuch b boltey ho ghar me mummy sister kabhi moti nahi hoti Kiya ...shame on itttu saas b dimagh nahi hai walon per:( (sic)."

Another wrote, "This is so disgusting people are body shaming her over here she just had her baby she had put on weight during pregnancy it obviously will take time to go stop body-shaming anyone u never know what someone goes through after reading such comments try to spread positive vibes instead of disparaging anyone (sic)."

Check out more comments below: 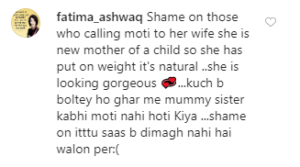 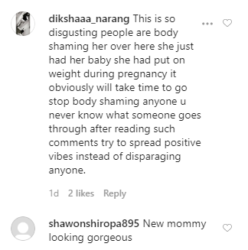 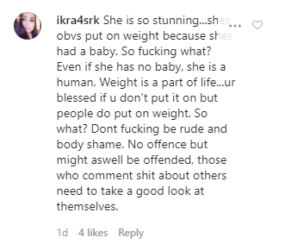 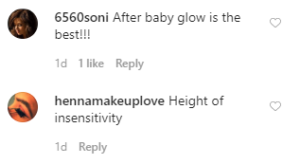 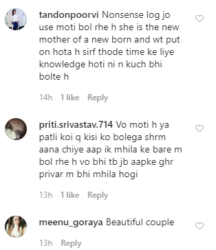 and Ginni Chatrath welcomed daughter Anayra on December 10 last year. Elated Kapil announced the news on his Twitter handle and post his tweet, fans and celebs started congratulating the couple.