When an old wish of Anushka’s mother was fulfilled, in an unbelievable turn of events

There’s no doubt that actress Anushka Sharma had a dream debut when she was cast opposite superstar Shah Rukh Khan in her first film ‘Rab Ne Bana Di Jodi’. Following this, it was her third release ‘Band Baaja Baaraat’ (2010) that proved to be a turning point in her career. And since then there has been no looking back for this gorgeous powerhouse performer. Time and again, she has proved her mettle as an actor, and even as a producer with films like ‘NH10’. Throughout this nine year long journey, Anushka’s family has indeed been her constant motivation and support that have always kept her going ahead. 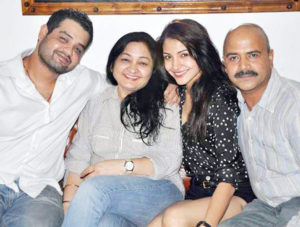 Recently, we stumbled upon an old interview of Anushka Sharma where the actress revealed an interesting incident. Anushka revealed when she got to know that her Mother Ashima Sharma always wanted her to be an actress.

It was during Anushka’s conversation on show ‘India’s Most Desirable’ when after listening to her mother Ashima Sharma’s message that had been recorded for her, the actress asked host Simi Garewal if she can say something about her mum. And then the actress went on to share this incident from the time when she had got the news of been signed on for ‘Rab Ne Bana Di Jodi’. (Also Read: Did you know? Little Abhishek Bachchan found his mother’s films very depressing)

She said, “There was this one time I was driving back from Yash Raj Studios and I got the news, Adi (Aditya Chopra) told me. And I was driving back and I couldn’t drive anymore because I was crying. I was so happy.. I was crying. So I stopped… I stopped the car and I pulled over and I called my mother and I told her that I got this film. And you know what my mum told me? There’s this turtle that used to be there in my living room. It was I think some Feng Shui thing. You just open the turtle and you put something like a wish inside that turtle and you shut it. And when your wish comes true you take it out. So she never never told me about this. But then she came down after she heard that I have got the film she opened that and showed it to me. She’d written it there ‘I hope my daughter stars in a Yash Raj film’. I swear… it’s unbelievable. So I think somewhere she always wanted me to be an actress.” 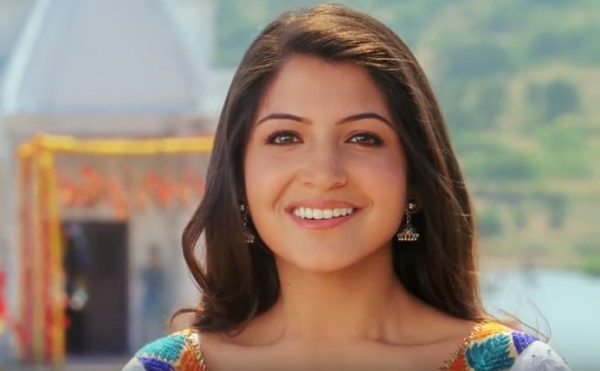 Upon hearing this, Simi reacted, “What are you saying?” Anushka added, “She said that she’d written this long ago, one thing for my brother and one thing for me.” Simi immediately asked if what was written for her brother came true as well, to which, Anushka nodded her head in agreement. And then when Simi asked Anushka if she (Simi) could write something in this magical, wish-fulfilling turtle, Anushka smiled and said, “You have to meet my mom right (smiles) she has some direct contact with God.”

Indeed, every parent wishes the best for his/her children and this incident is something that showcases this perfectly. Unbelievable, unforgettable, and totally lovable.

Check out the full interview of Anushka Sharma below:

The post When an old wish of Anushka’s mother was fulfilled, in an unbelievable turn of events appeared first on Bollywood Bubble.

This post first appeared on Bollywood Latest News, Gossips, Photos, Songs And, please read the originial post: here
People also like
Should the ends justify the means with Donald Trump?
DressLily – Mother’s Day Pre Sale: Up to 75% OFF
Police Arrest Man After He Allegedly Buried His Mother And Sister In The Backyard And Continued To Cash Social Security Checks
20 Deep-Rooted Beard Myths Busted Once and For All
MamaBabyBliss’ Launch National Appeal for Ukrainian Families
Fashion Style App Development with Predictive Analytics : Case study of Modanisa App

When an old wish of Anushka’s mother was fulfilled, in an unbelievable turn of events