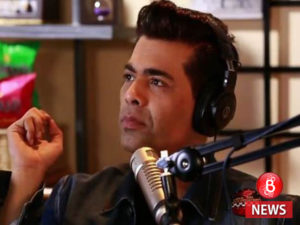 How To Find Your Purpose And Passion …
What Marathon Running and Successful …
Regularisation of Cryptocurrency is t…
Little Net Big Net
Testing 1,2,3. Checking in to see if …

One of the ace filmmakers in Bollywood, Karan Johar, is now an RJ and we ain’t joking here. The baap of controversies (yeah if you know what are we talking about), has his own new show on a new Radio channel namely 104.8 Ishq FM. The aim of KJo’s this show titled as ‘Calling Karan’ is to solve problems of the listeners with regards to love and relationships.

In one of the episodes from the show, a caller confessed to Karan that he is GAY, but got married to a woman under family pressure. But then Karan counselled the caller in the best way. Firstly, he told him that though there is nothing wrong in being gay, at the same time his wife deserves the truth. Further, Karan also told him how his short movie in ‘Bombay Talkies’ shows a similar story of a woman married to a gay man, and the abuse she comes across because of that. Karan advised the man to talk to his wife from his heart and not extend each others suffering. (Also Read:Where was Alia Bhatt when Sidharth Malhotra was ringing in his birthday with KJo?)

Thoughtful, practical, and totally something which needs to be talked about.

Check out the whole conversation below:

Lastly on a much frank note the above video is truly inspiring!

Watch this space for trending updates!