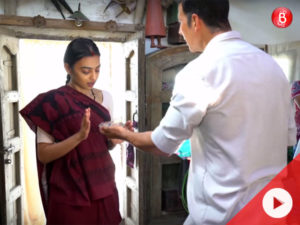 BuzzFeed Editor, Lara Parker, Uses Ca…
Highlands, Buttermilk Opening and Sum…
Digital Currency – A Better Substitut…
How You Can Start a Lifestyle Busines…
Today I am thinking about who I am wr…

We all know that Akshay Kumar is a big prankster on the sets of his films. His co-stars have always discussed stories of his pranks on movie sets. So, while shooting ‘PadMan’ too, the actor played pranks on the cast and crew of the film.

The makers of the film have released a behind the scenes video in which Akshay is seen playing pranks on the cast and crew of the film, and this time it looks like Radhika Apte was his main target. (Also Watch: Saale Sapne from ‘PadMan’ is all about working hard to achieve your dream)