The curse of the first Star Wars Holiday Special has lasted an awful long time.

Released the year after 1977’s Star Wars to bridge the gap between that and the upcoming The Empire Strikes Back, the special primarily follows Han Solo and Chewbacca – played by Harrison Ford and Peter Mayhew – as they meet with Chewie’s family on Kashyyyk to celebrate ‘Life Day’. It also features the rest of the main cast – Luke Skywalker, Princess Leia and Darth Vader are all there – and is renowned for being the on-screen introduction of Boba Fett. Yet it’s known even more for being an absolute disaster.

The Star Wars Holiday Special has only ever been screened once in the 42 years since its release, and has never been officially accessible, with Lucasfilm trying to scrub away its existence, only available pirated on YouTube. This is what makes Disney’s decision to release The LEGO Star Wars Holiday Special so fascinating, as decades down the line, it seems like they’ve learnt their lesson.

Yes, it’s no coincidence that this special – running at almost 50 minutes and available on Disney+ now – has been released on the same day as the original Holiday Special broadcast in 1978. The folks at Lucasfilm know what they’re doing – playing on the expectations of a Star Wars special – and instead of another train-wreck, this is a fun addition to the galaxy’s mythos.

Taking place after The Rise of Skywalker – but with almost none of its voice talent – this Holiday Special follows Rey (Helen Sadler doing a dodgy Daisy Ridley) as, fruitless in her attempts to train Finn, finds an ancient Jedi temple that she believes will guide her, as the rest of the group – Poe, Chewie et al. – prepare the Millennium Falcon for a Life Day celebration.

Yet the plot isn’t what makes this special tick – it’s serviceable at best, and drab at worst – it’s instead the looseness with which director Ken Cunningham plays with the Star Wars mythos. Without getting into details, Rey’s trip to the temple allows her to peer into previous eras of the Jedi, leading to some time-hopping (and trilogy-spanning) hijinks that are both fun and bubbly, but rich with references to Star Wars lore. From a brief appearance of Mando and Baby Yoda to nods towards Obi-Wan memes, it’s a characteristically laidback and fun tone from the LEGO property, and even though this special is so far detached from mainline Star Wars canon, there’s plenty of nudges and winks that propel the experience. 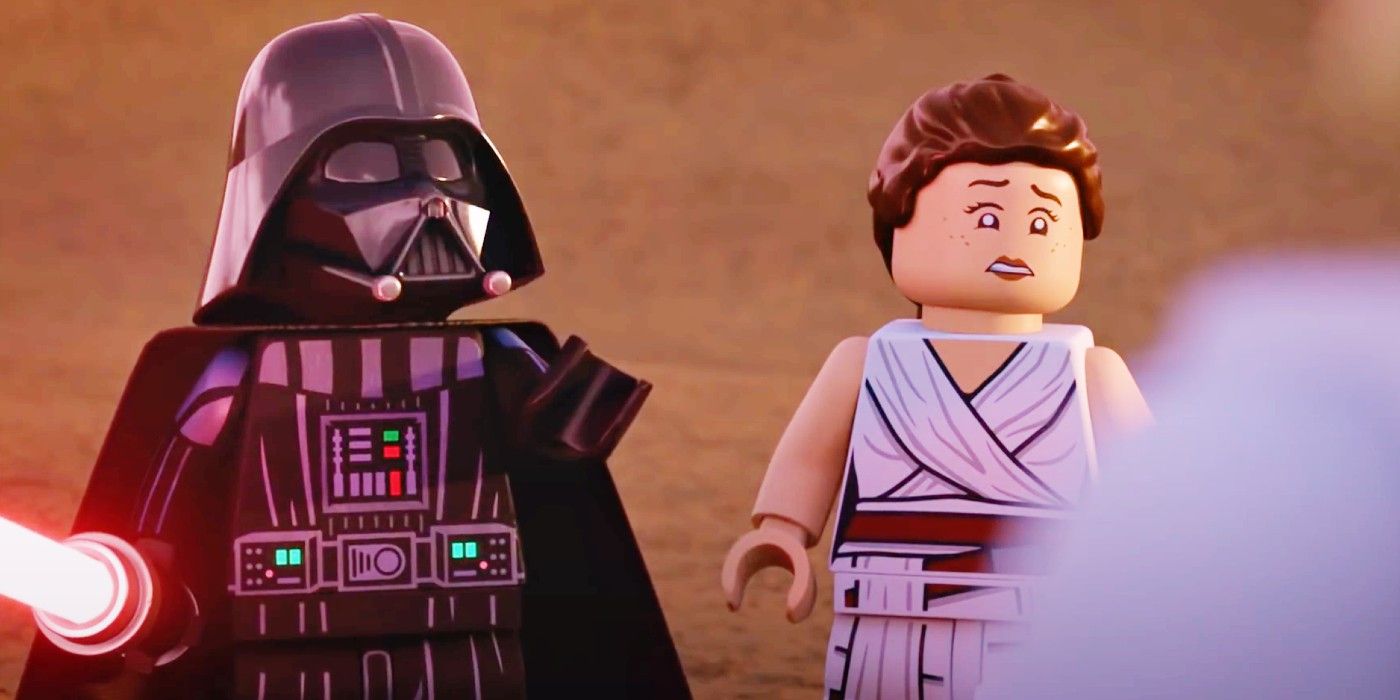 It’s aided by some lovely animation – it feels a lot less cheap than other LEGO specials – which opts for a CGI-based approach instead of the pseudo-realism that the big-budget LEGO cinematic releases have seen. It works for the most part, and up close is particularly detailed, and although it’s nothing groundbreaking, the animation certainly does the job. It’s a shame not to hear John Williams’ classic Star Wars score here – there are hints towards it but never full riffs – but for a Christmas special, we can let it slide.

Instead of a grand continuation of the saga following The Rise of Skywalker, The LEGO Star Wars Holiday Special instead celebrates what we love about the saga, while reclaiming the Christmas special format as one now permissible in this franchise once again. It’s full of fan service, breezes by, and gives a new meaning to Star Wars in the festive season.

Subscribe to Thatfilmbloguk – A New Film Review Every Sunday