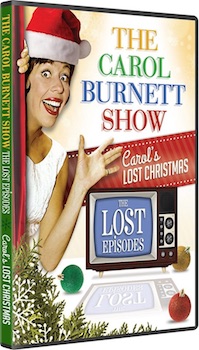 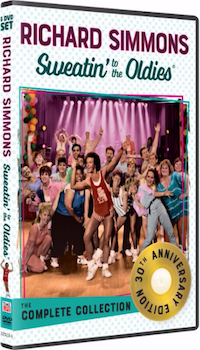 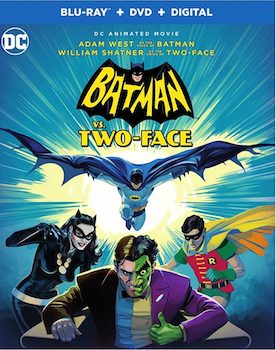 Disclaimer: Warner Bros. Home Entertainment requests we note that it provided a free copy of the third title featured below. The opinions I share are my own.

If you’re in the mood for some laughter, music, and classic lighthearted fun this coming holiday season, you will be happy to know that Time Life just released The Carol Burnett Show: Carol’s Lost Christmas on DVD. Spanning three holiday shows (which haven’t been seen in over 40 years) from the first four seasons of the series’ run, the collection features treats such as Jonathan Winters as a weird-doll-collecting Santa, a serenade by the Bob Mitchell Singing Boys, a courtroom sketch written by Neil Simon, a performance by 16-year-old Julie Budd singing “Have Yourself a Merry Little Christmas”, and much more. The DVD runs a little over two hours and is available on Amazon for $8.29.

Motivational Tips to Help You Stick …
CBD 2020: What to Expect + Our Top Pr…
What Marathon Running and Successful …
Bitcoin Fund IPO gets the Preliminary…
The Ultimate Winter Bucket List Accor…

If you think the Carol Burnett crew is crazy, though, you’ll see that they don’t hold a candle to the indomitable energy of Richard Simmons, the fitness guru and beloved cultural icon of the 70s, 80s, 90s, and today. Just in time to help you get in shape for the holidays, Time Life is releasing Richard Simmons: Sweatin’ to the Oldies: 30th Anniversary Edition on October 31st. In addition to the forty-one exercise routines spread over five discs, the set also includes 100 minutes of extras. Bonus features include an interview with Richard, testimonials from past students, and his special “Love Yourself and Win — Six Steps to Self-Esteem and Permanent Weight Loss”. Also included in the set is a full-color album of rare personal photos selected by Simmons himself. If you or a loved one are a fan of Richard Simmons’ one-of-a-kind style, you can pre-order the set now on Amazon for $25.95.

Turning from fighting fat to fighting crime, fans will be happy to know that Batman Versus Two-Face (the sequel to the 2016 animated film Batman: Return of the Caped Crusaders) is now available on DVD and Blu-ray. In this film, Batman and Robin must fight the duplicitous Two-Face when he causes a wave of crime to hit Gotham. As you’re probably aware, this is Adam West’s final performance as Batman, starring opposite fellow icon William Shatner as Two-Face (making it the second of only two productions that ever featured the pair performing together). Burt Ward and Julie Newmar return as Robin and Catwoman as well. Special features on this one include a featurette spotlighting Burt Ward’s personal life (including his work with charities and animals), discussions with Burt Ward and Julie Newmar about their ambitions and inspirations, and the Adam West tribute panel from Comic-Con 2017. While the film is available digitally, many fans will want to make sure to have this one in hard copy as it is West’s swan song. If you’re among them, you can get the DVD on Amazon for $14.99 or the Blu-ray for $16.99. 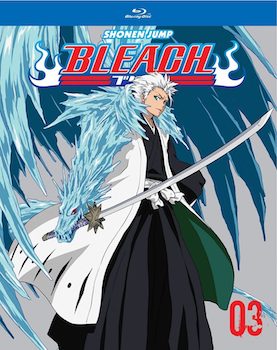 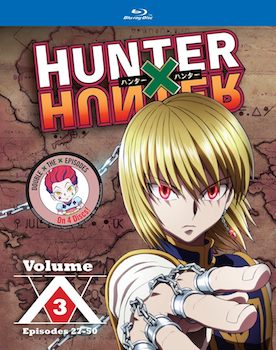 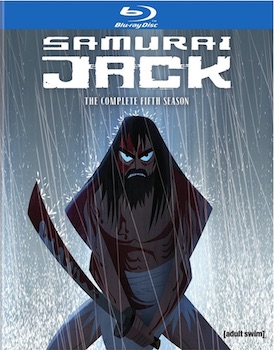 If you’re an anime fan, you’re likely familiar with Bleach. The series tells the story of Ichigo Kurosaki, a young man who goes from seeing ghosts all his life to becoming a substitute Soul Reaper (those who protect the living from evil spirits called Hollows). In the latest episodes, the Soul Reapers are fighting amongst themselves, sometimes even teacher against pupil. Episodes 56-83 are now available in a Bleach: Set 3 Blu-ray set, which also includes interviews with some of the English-speaking cast members along with an added segment on Kon’s US tour. Rounding out the bonus features are clean openings and endings and an art gallery. The Blu-ray set is currently available on Amazon for $38.99.

Continuing with anime, Hunter X Hunter (the reboot of the popular manga of the same name by Yoshihiro Togashi) follows Gon, a young country boy on a quest to find his once-thought-dead father and follow in the latter’s stead to become one of the ultra-elite “Hunters”. In the most recent home media edition, Gon and his companion Killua go to Heaven’s Arena to do training for the Hunter Examination, where they face some of their most difficult challenges yet. Hunter X Hunter: Set 3 (episodes 27 to 50) is now available on DVD and Blu-ray sets, which also include clean opening and ending songs and an art gallery. On Amazon you can snag the DVD set for $26.89 and the Blu-ray set for $35.49.

For more animated action, you can check out Samurai Jack, the series created by celebrated animation director Genndy Tartakovsky, which follows a young Samurai after he is sent to the future by an evil wizard. Jack then sets off on an adventure to find his way home to the past, making new friends (and some new enemies) along the way. The fifth season sees the end of Jack’s journey, fifty years after the events of the original series. Samurai Jack: Season Five is now out on DVD and Blu-ray and includes all ten episodes of the final season along with two exclusive featurettes — “The Evolution of Jack” and “Pitch Movies”. The DVD set and Blu-ray set are both available on Amazon, for $19.99 and $22.99 respectively.