Harry Macqueen directs Supernova with a gentle hand, putting performance first in this story of love and loss in the face of illness. And right he is to put faith in his actors, Colin Firth and Stanley Tucci bringing affectionate warmth to this quietly heartbreaking film.

Using long unbroken takes, Macqueen allows his two leads the breathing room to bring subtlety to their character’s story. Sam (Firth) and Tusker’s (Tucci) relationship has been built upon years of cherished time spent together, but has been irrecoverably changed by the early onset dementia that Tusker is now living with. Together they embark on a journey (both in the literal sense and emotionally) across England in their campervan, split across three distinct acts. The first, filled with the hope brought on by the start of a new adventure, the second a look back on life as it was, and the third, the closing of a book. 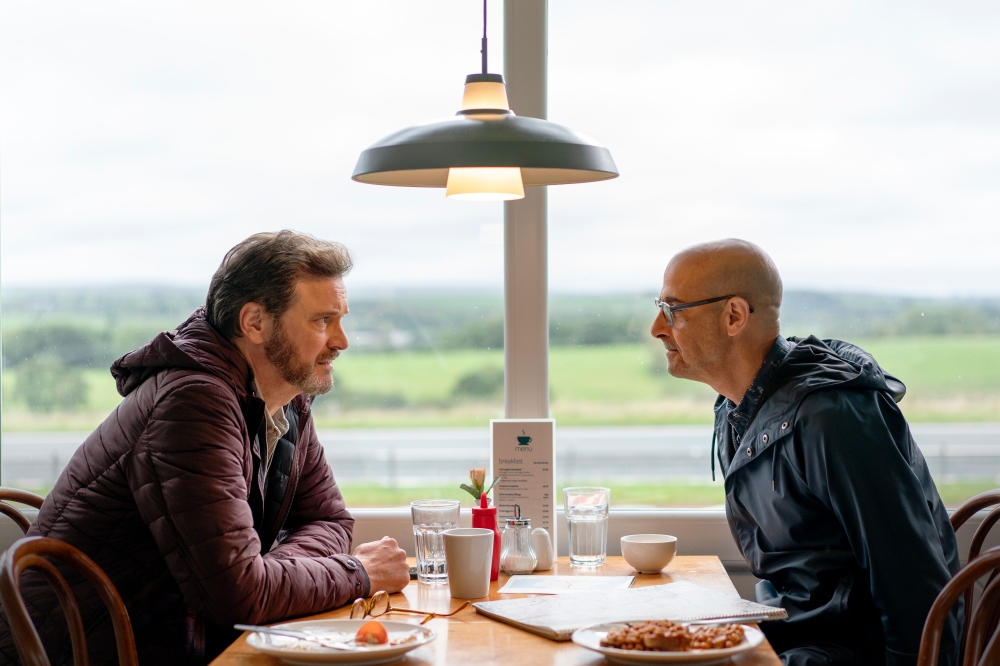 Colin Firth as Sam and Stanley Tucci as Tusker.

The film does an excellent job of making Sam and Tusker’s time together feel precious, so much so that the introduction of new faces in the midsection is almost unwelcome. Because it’s in the opening and closing chapters of the film with Sam and Tusker in solitude that we see Firth and Tucci at their best. It’s in these dialogue-driven scenes that we see Sam mourning for his partner, and Tusker growing increasingly insular, the performances here full of nuance. There’s no showiness to the depth of their connection, their love instead conveyed in sincere glances, compassionate concern and rekindling of happier memories. This isn’t a film punctuated by high drama, rather a low-key study of companionship as quaint and peaceful as the rolling British countryside that provides its setting.

A tender relationship for a tender film.

Supernova was part of the programme at the BFI London Film Festival 2020.