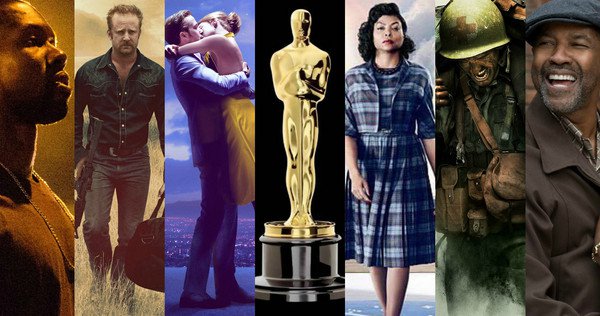 This week's Recap is a bit light. Gold is the only new release I reviewed this week, as Resident Evil doesn't interest me. That said, I gave plenty of attention to the Oscar nominations, so be sure to check out that post. Some home releases were worth mentioning as well, along with a couple news posts. And be sure to check out this week's podcast. Yes, not too much to say, but I've been busy elsewhere. Still, please enjoy the week's worth of content I have presented here.

I was nervous about switching therapi…
Remembering Woodstock On Its 50 Year …
How Prosthetic and Reconstructive Sur…
Sesame Street Film Releasing Summer 2…
My Nominations for the Third Annual 2…
In Theaters Now:
Gold - http://whysoblu.com/gold-finder-movie-review/
(McConaughey is good, but the rest of the film...)
The Salesman - http://whysoblu.com/afi-fest-2016-salesman-movie-review/
(Another strong film from an acclaimed Iranian filmmaker)
Lost In London - http://whysoblu.com/lost-london/
(Interesting Experiment)
Oscar Nominations and Thoughts - http://www.thecodeiszeek.com/2017/01/89th-academy-awards-nominations-thoughts.html
Here's The Archive Of Every Review Throughout The Year(s) - http://www.thecodeiszeek.com/p/review-archive.html
Read more »