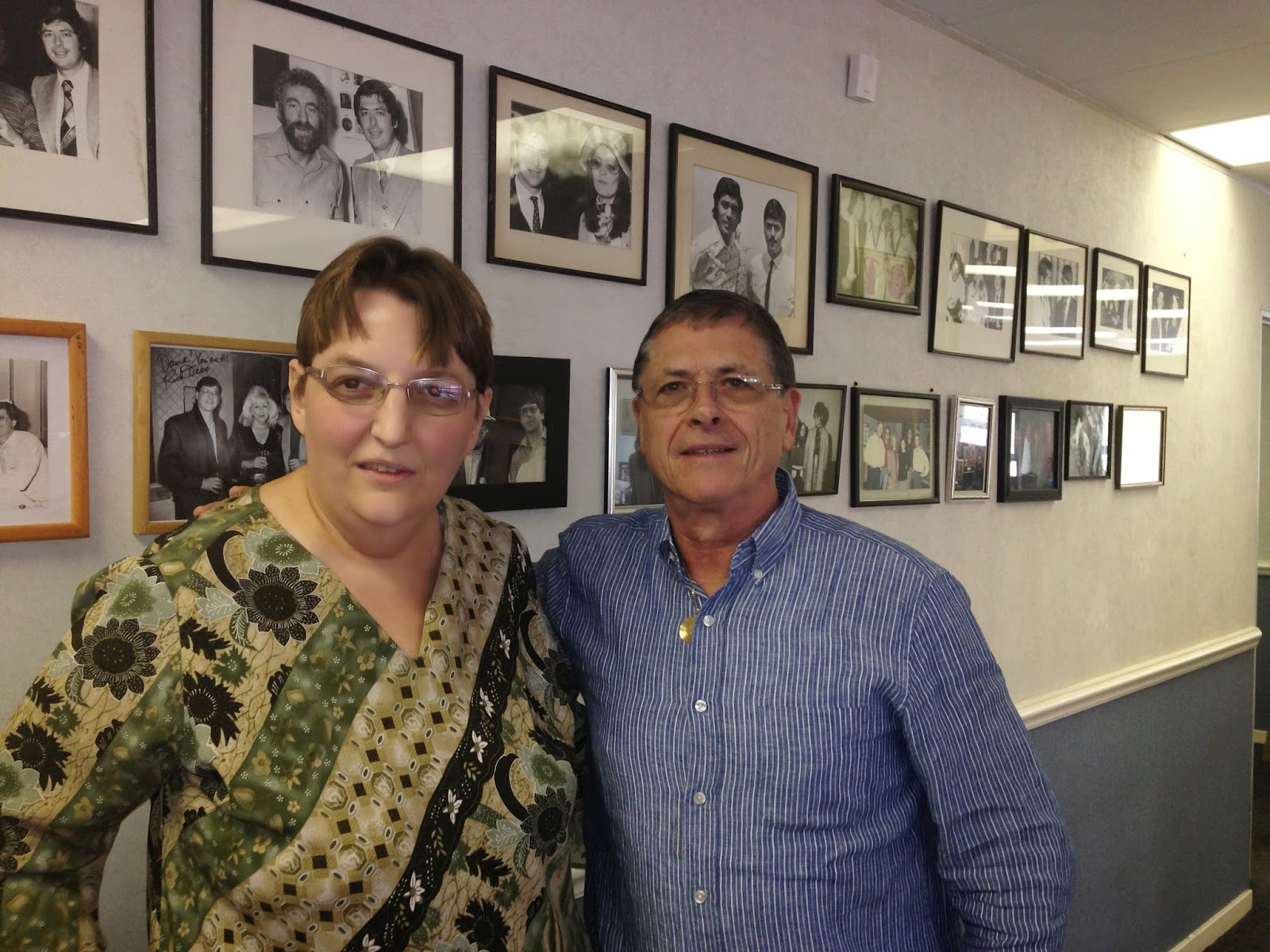 I bet not many people can get to say that they've walked into David Gresham RECORDS and interviewed DAVID GRESHAM.

It's hard to Keep Your Feet on the Ground and Reach for The Stars when you're in the same room as David Gresham, a childhood hero - who brought the world of Music to me in my house every day.

David Gresham started his radio career on LM Radio in the mid 60s. He then went on present his own radio show on Springbok Radio - the 4.30 Special which became the David Gresham Show which aired daily each afternoon. A few years later he took over the SA Top 20 on Friday nights and SA Hits Of The Week.  David presented the variety show Sunshine 30 on test TV in 1975 and in 1976 was the first ever DJ with a Pop TV show "POP SHOP"

David Gresham was the longest running presenter of the official SA Top 20 Hits and in 1972 David set up his own record company - David Gresham Records, a company which is now the longest running independent record company in the country.  For many years the company ran from its location on Bowling Avenue, Kramerville, Sandton - David Gresham Records, a building I drove past so many times when I worked a few blocks away from there – always wanting to go in! 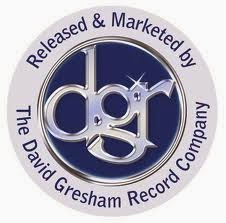 Hi guys, so I’m coming to you as a fan as you probably know, with an interest in pop from 80s and a website reflecting my interest. Somewhere I still have a recording of David dedicating a song to me on the Radio Orion Top 20 which always used to air on a Thursday night and mentioning my school – the song was Heart by Pet Shop Boys! I was stoked for weeks.

Sexy Games for Married Couples
WordPress Website Customization: Best…
The Pros and Cons of InShot App Free …
Podcasting
Step-by-Step Guide on Creating the Ul…
Yes! I always tried to make my shows as interactive as I could. I always had some little thing to give away or some new little thing to do. Things that were relevant to people. There was a show called Dial A Tune, where if you didn't get it the jackpot went up. They'd play three little notes for you to guess.  I had a lot of fun with those shows and really tried to involve the audience.
1972 marked the year that David Gresham Records cut the ribbon and opened its doors (initially as the kinda funky Nitty Gritty Records) That’s over 40 years! The publishing division represents over 1 million titles covering the publishing for artists such as Black Eyed Peas, John Legend, Mattafix, James Blunt, Gwen Stefani, Elvis Presley, Quincy Jones to mention only a few. Who was the first recognised act that you represented and maybe who was the biggest?

Our first star was a lady by the name of Jessica Jones. She was huge in 1972. She had a huge song called "Sunday, Monday, Tuesday."

And we also had had Sean Rennie, who had a huge hit with "I'll Walk With You".  All those things are available on iTunes. I worked with a great guy called Mutt Lange and he went on to produce artists like Def Leppard, and Bryan Adams and in those days it wasn't cool to listen to local music. We helped make local music acceptable. We made our own laws. The saying "Local is Lekker" was conjured by a journalist called Peter Feldman who was the presenter of Pop News on The David Gresham Show.

In 1969 the only South African DJ to be offered an interview with Beatles member John Lennon was David Gresham, who received an apology to Springbok Radio and their listeners for the remark he made ‘that the Beatles were more popular than Christ’. Wow!!! Talk about that experience??
How that came about was I was friends with a guy called Gary Osborne. His uncle was a music conductor in South Africa. Gary composed with Elton John for a few years in between the Bernie Taupin years. Gary frequented the Speakeasy club, which was a hang out for music moguls of the day, in London. He met an assistant manager of John Lennon.

At that point the Beatles were banned in South Africa. They'd been called irreligious because of a remark they'd made in early 1966 about the Beatles being bigger than Jesus Christ.

It was at this time Gary Osborne called me and said that John Lennon wanted to talk. And I met with John - and Yoko Ono - and in that interview John Lennon apologised to me for the "Beatles are greater than Jesus Christ remark". He apologised about any offence it may have caused and said that it was supposed to indicate that it was shocking that kids filled dance halls and knew more about the Beatles than they did about churches and Jesus. He said he's a fan of Christ. John Lennon spoke, Yoko Ono was in the room but she didn't say much. And Paul McCartney was in and out as well.  And there was a restriction on that interview. It wasn't aired at that time. I knew if I played it I'd be banned as a DJ. But it has been broadcast - it was broadcast on Radio 5 about 20 years ago by Peter de Nobrego, when the ban on the Beatles was lifted. It's been played by John Robbie.

Listen to this iconic interview yourselves: 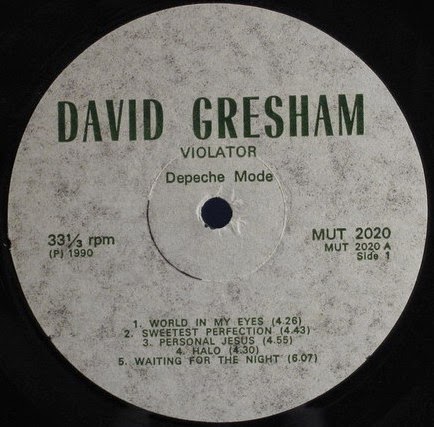 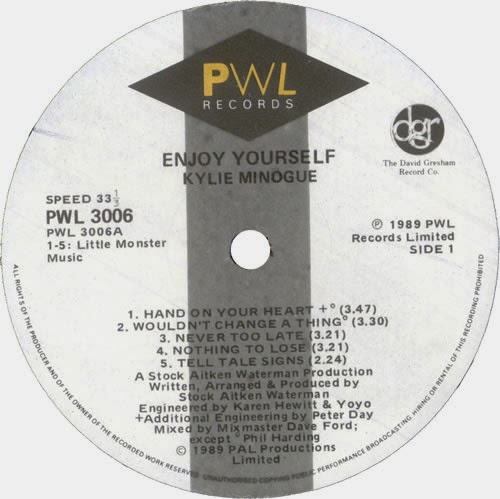 International acts that have been licensed to The David Gresham Record Company include: Kylie Minogue, Jason Donovan, Depeche Mode, Erasure, Ace of Base, Moby, Garbage and Nickelback – the list goes on. I love all of Pete Waterman's stuff and I want to talk about that - as I came up the stairs to your office, I saw a record on your wall featuring Jason Donovan's album 10 Good Reasons....
Pete Waterman was a conduit for Stock Aitken and Waterman. He was a very tough businessman. But how it came about was I came across the guys who came before Kylie and Jason - you must remember a song called Never Gonna Give You Up by Rick Astley (do I!!!) He was unfortunately already scooped up by RCA, but we realised then we didn't want to miss any more of the Stock Aitken and Waterman guys, and we got Jason Donovan and Kylie Minogue on board!


If ever I say the name “David Gresham” to someone, the immediate response is “Keep your feet on the ground and reach for the stars”. I love that. I think it was one of the things that helped keep me motivated through some quite torrid high school years. Where does the saying come from?
Yes that saying has become synonymous with me. It was inspired by a US DJ Casey Kasem and a baseball radio commentator. Casey's signature sign off was "Keep your feet on the ground and keep reaching for the stars". I was looking for something to motivate and inspire people and help them keep grounded as well and I modified it to "Keep your feet on the ground and reach for the stars". And it was quite funny because during one show John Robbie, who I hadn't had a lot of contact with and who in in my broadcast years was not living in SA, argued with listeners who told him it was synonymous with me. It was heard on the South African favourites such as TV’s Pop Shop, the Top Twenty Hit Parade, the Daily Drive Show on Springbok Radio and the breakfast shows on 5FM (then Radio Five). I also had a Thursday evening rock show 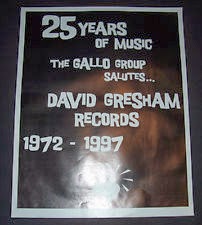 How have you had to adapt to changing technologies such as the internet, and how do you counteract the ever threatening presence of illegal downloads and other forms of piracy? There must have been some immense changes since you first opened the door in 1972 until today.
You know, it's now 15 years since the end of the Walkman. Everything's digital. It's a great industry to work with. People spend so much effort recording and building the best studios, and so many want to download music free. In America I once listened to a panel of young people discussing the merits of free music and one thought it was ridiculous to pay for music. Then the presenter directing a question at the panelist suggested walking into Best Buy and selecting a CD and walking out without paying at which time the panelist said that's theft. Response by the presenter was I rest my case. There are always going to be those who do things illegally. What has been a great innovation is iTunes. In South Africa we've had iTunes since the end of 2012, and all of the David Gresham Records artists are available on iTunes.The electronic age has taken over. But in South Africa retail is still integral. Some still buy. Especially a very loyal Afrikaans market, which is a large part of our market. They are still keen on a hard product. And I see that LPs are coming back in. They're quite expensive to produce, and we don't, but some of the very large companies are producing them now. And the nice thing is that with iTunes, it's almost like the 7" single is coming back again. People can buy one or two songs from an album with iTunes. 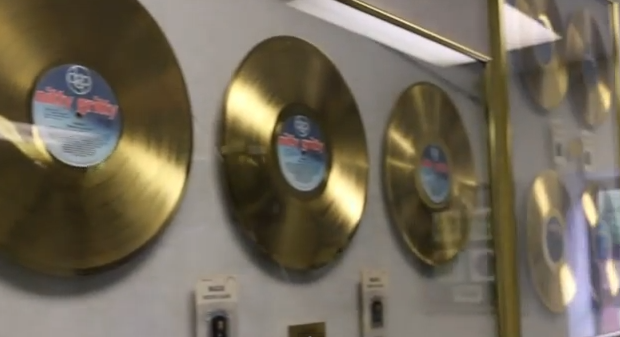 Many people talk of their love of music and their passion to be involved in it. What made you get involved in the music production side of things?

I started radio on LM in January 1965. In May 1967 I started freelancing for Springbok Radio where i presented the the Top 20. I stopped broadcasting in 1991. It was a great time of my life. Charts were so successful because of singles sales, and when 7" singles stopped, the success of charts dwindled, they became more based around votes than around sales.

South African broadcasting has been very kind to me. It was a great era of music. Because the one thing about radio is that you're not broadcasting to any specific colour group and my shows were never political. In fact my listener base was across all ethnic groups. As a matter of fact my programme was the very first programme to play Paradise Road and many years later that song was used for the first South African Idols.

How does the process of it work? How do you select your artists / how would a musician apply to be represented by you?
It's actually a very simple process, we may hear someone perform or they send in a demo, and we like it, we go for it. We've got some great local and international stars at the moment - Connell Cruise who received 2 nominations for the 2014 SAMA awards, Faith Evans, Ashanti. We go for dance / pop and Afrikaans. We've got guys like Andre Schwartz, country award winning duo Heuning, Amor Vittone and Armand Hofmeyer - Steve's son.