John Williams To Appear At The Royal Albert Hall In October 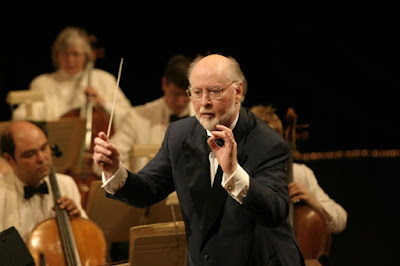 John Williams is set to return to the UK after a 22 year absence as it is has been announced he will perform at The Royal Albert Hall in October.  The event will celebrate 60 years in movies as he conducts the London Symphony Orchestra.

It's officially labelled "An Evening With John Williams in Concert" and it will be happening on Friday, October 26th.

Lucy Noble, artistic director at the Royal Albert Hall, said: “It is an extraordinary honour to welcome the legendary John Williams - the most celebrated, acclaimed and beloved film composer of all time – to take centre-stage in this year-long celebration of his work.

16 of the Most Famous Architects Who …
Weedsday Playlist: Activist Tengku Ch…
Leeds face stern competition in race …
Frizzy Hair in Men: 4 Tips to Tame It…
“His music has been the soundtrack not just to our favourite films, but to our lives, and this rare performance with the London Symphony Orchestra promises to be one of those special nights in our history: a unique chance to see a genius in the flesh, presenting unforgettable highlights from his incomparable career.
“We’re also delighted to be able to present five of John’s classic films with their scores performed live and in full, showing the full range of his talent, from the iconic five-note motif of Close Encounters to the bombast and beauty of Star Wars.”
All of the John Williams events will go on sale on 9am on Friday 16th February , so make sure you get your tickets.  We would love to see your photos of the even so send them our way.
Rob Wainfur
@thebeardedtrio
The Bearded Trio - The Site For Steven Spielberg, George Lucas, John Williams and a whole lot more.
THE BEARDED TRIO ON FACEBOOK
THE BEARDED TRIO ON TWITTER
THE BEARDED TRIO ON GOOGLE+
THE BEARDED TRIO ON PINTEREST
CLICK HERE FOR FACTS ON STEVEN SPIELBERG
CLICK HERE FOR FACTS ON GEORGE LUCAS
CLICK HERE FOR FACTS ON JOHN WILLIAMS

This post first appeared on The Bearded Trio, please read the originial post: here
People also like
16 of the Most Famous Architects Who Ever Lived
Weedsday Playlist: Activist Tengku Chanela Jamidah Shares 5 Songs For Your Next Smoke Sesh
Leeds face stern competition in race for departing Man United midfielder
Frizzy Hair in Men: 4 Tips to Tame It (Causes & Prevention)

John Williams To Appear At The Royal Albert Hall In October