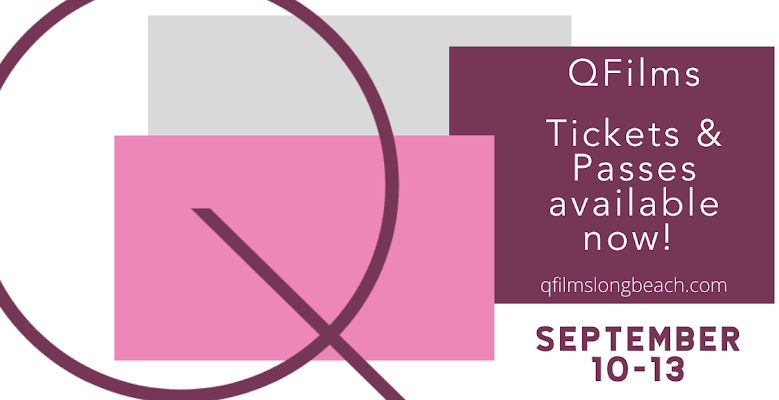 Long Beach was long ago crowned "the international city" thanks to its well-utilized port and other commercial and cultural elements. It is most appropriate than that this year's Long Beach QFilm Festival is going worldwide for the first time virtually! The 27th annual celebration of the rich diversity and experiences of lesbian, gay, bisexual, transgender and queer people will run September 10th through 13th online.

LGBTQ cinema lovers can use a streaming device or smart TV to view more than 40 new narrative, documentary, and short films not yet seen in theaters or on major streaming platforms. Tickets are now available at the official QFilms website. An all-access festival pass that allows buyers to watch all the films may be purchased for $50. QFilms' net proceeds will support the many important programs offered by the LGBTQ Center Long Beach, known locally as simply "The Center."

“We made lemonade out of lemons this year,” said Andrew Dorado, interim executive director of The Center. “COVID-19 was not going to stop The Center from presenting unique queer stories and storytellers while raising funds to serve the community.” The Center supports more than 25,000 people a year through its outreach programs, which include youth services, senior services, counseling, legal services, domestic violence support, trans health programs, HIV and STI testing and more than 20 weekly support groups. Many of these services are currently being offered online during the pandemic.

“We are excited that this year, QFilms has the potential to not only reach our local community but also the LGBTQ community and our allies all around the world,” said the festival's founder, Robert Cano. As it does each year, the festival will award Jury and Audience awards to films in several feature and short film categories. 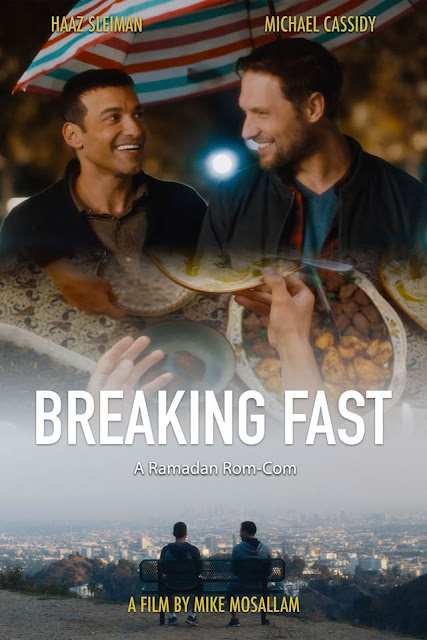 I know, having lived in Long Beach myself for 12 years, that it is also a uniquely diverse city from a spiritual-religious perspective. Some of the best movies to be screened during QFilms 2020 seem reflective of this diversity. My favorite among these that I have previewed is Breaking Fast. It centers on Mohammed (aka "Mo"), a medical specialist and practicing Muslim living in West Hollywood, who is still learning to navigate life one year after his conflicted boyfriend broke up with him.

Enter Kal, an all-American guy and struggling actor Mo meets at his best friend's birthday party. Kal surprises Mo soon after by offering to break fast with him each night during the holy month of Ramadan. Their attraction to each other grows but Mo is dedicated to making it through Ramadan without succumbing to "lustful" thoughts or actions. While Kal strives to be respectful of this, troubling aspects of his personal history begin to intrude on the men's blossoming relationship.

Written and directed by the talented Mike Mosallam, Breaking Fast is significant as the first gay Muslim rom-com. While the film's first half is rather light and fluffy, it's second half becomes more serious. Much of the welcome comic relief throughout is provided by Mo's flamboyant best friend as well as Mo's histrionic mother. The movie provides a respectful, intimate glimpse into Muslim family life and traditions even as it doesn't shy from addressing tensions between faith and sexuality. It also boasts supporting performances by veteran actress Veronica Cartwright (Alien, The Witches of Eastwick) and Patrick Sabongui (TV's The Flash), plus fabulous homages to both Superman: The Movie and The Sound of Music! 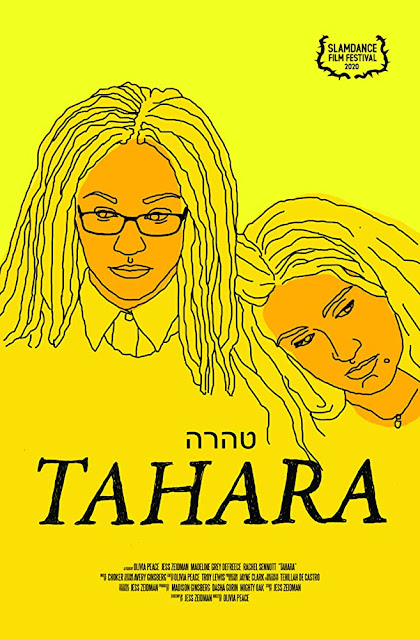 Tahara, directed by Olivia Peace, is another QFilms entry dealing with the time-honored conflict between sexuality and faith. Best friends Carrie Lowstein and Hannah Rosen, both Jewish, have been inseparable for as long as they can remember. When their former Hebrew school classmate commits suicide, the two girls go to her funeral as well as the "Teen Talk-back" session designed to be an opportunity for them to understand grief through their faith. But, after an innocent kissing exercise turns Carrie's world inside out, the girls find themselves understandably distracted by the teenage complications of lust, social status and wavering faith.

Also scheduled to screen is Welcome to Chechnya from award-winning director David France. His latest searing documentary shadows a group of activists who risk unimaginable peril to confront the ongoing anti-LGBTQ pogrom raging in the repressive Russian republic. Much of it is driven by Orthodox and evangelical Christian fundamentalism. Also, the recently departed LGBTQ activist, author and playwright Larry Kramer will be honored with a showing of France's Academy Award-nominated documentary How to Survive a Plague, about the early years of the AIDS pandemic and the efforts of activist groups ACT UP (co-founded by Kramer) and TAG. It also details in part the Roman Catholic Church's historic oppression of LGBTQ people. 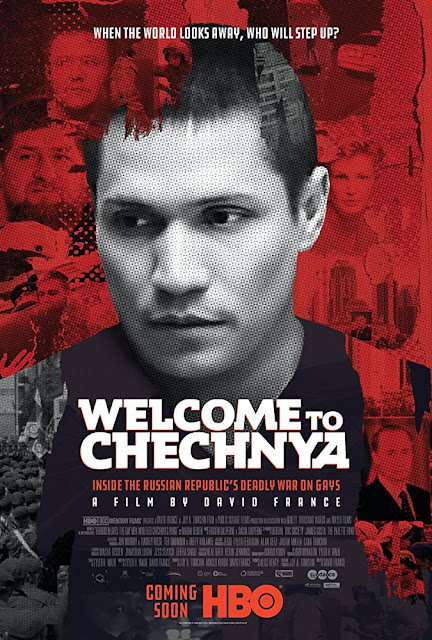 An additional feature film highlight during QFilms will be Gossamer Folds. Produced by and featuring actress Yeardley Smith of The Simpsons, It spins a tender tale of friendship between a lonely boy and his grown-up transgender neighbor, Gossamer, as well as her retired college professor father during the 1980's.

A number of great feature documentaries to be screened include:

QFilms' short film programs are some of the best-regarded on the film festival circuit, and this year is no exception. In addition to traditional men's, women's and queer/trans shorts lineups, two new short film categories are being introduced this year. Queer Activist shorts will inspire the LGBTQ community and its allies in our ongoing fight for equal rights, to live our truth, love whom we want, or serve in the military. "Dance like Everyone is Watching," meanwhile, will encourage viewers to channel one’s inner Beyoncé with a collection of narrative and documentary style shorts celebrating the beauty and many movements of dance.