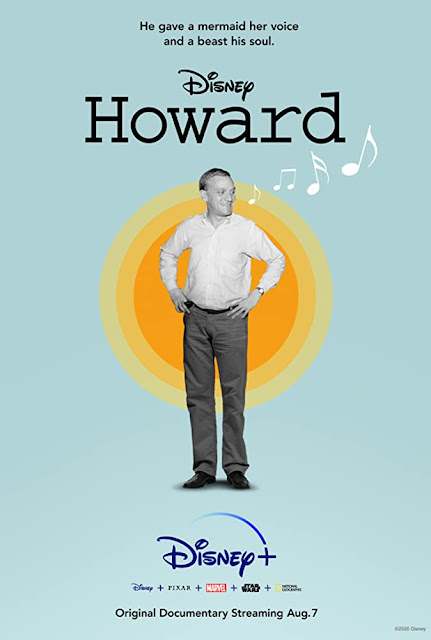 Although largely known for only four works (the cult Musical Little Shop of Horrors and the modern Disney classics The Little Mermaid, Beauty and the Beast and Aladdin), the legacy of Academy Award-winning songwriter Howard Ashman still looms large almost 30 years after his death. Through stage adaptations, live action remakes and endless theme park iterations, his toon tunes (mini-musical masterpieces filled with deliciously intricate wordplay set to the magical melodies of co-composer Alan Menken) have all become permanent additions to the soundtracks of life of anyone who has ever heard and loved them.

Directed by Beauty producer Don Hahn, the documentary Howard (now streaming on Disney+) takes an informative and intimate look into the life and career of Ashman, from his early successes (the record-setting Off-Broadway run of Little Shop) and failures (the Broadway bomb Smile) to his triumphant reinvention of the animated movie musical with Little Mermaid. Ashman's life was tragically cut short by AIDS at the age of 40 in 1991. The thought of all he could have done had he lived longer adds the bitter to the sweet that is this celebration of his life and music.