How To Housebreak Hoodlums 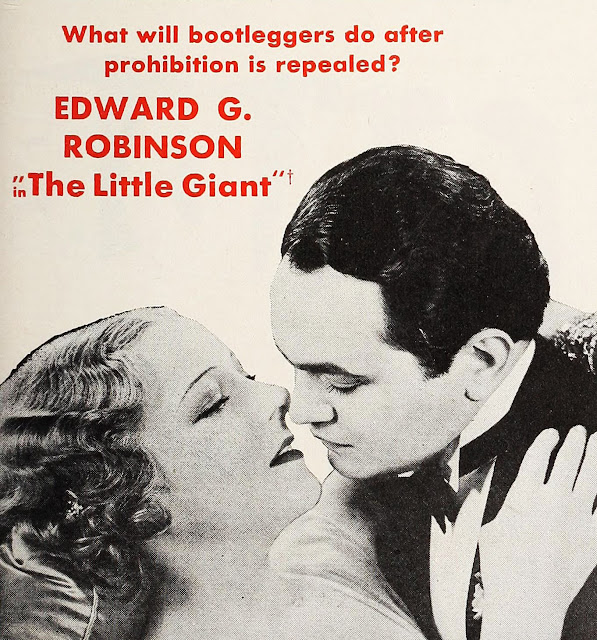 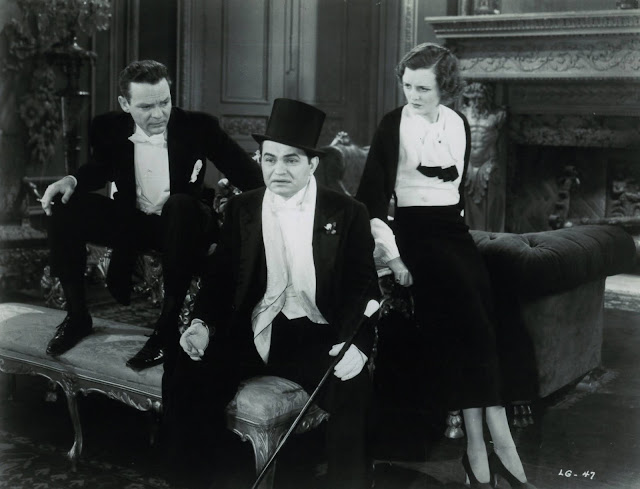 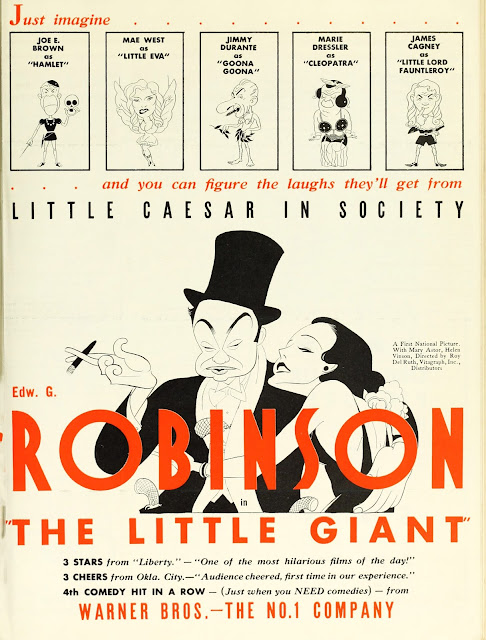 Several Edward G. Robinson gang subjects opened with him announcing, Boys, the rackets are through!, making me wish narrative had begun ten years before when rackets were starting. Door was unfortunately closing by 1933 on mob topic done head-on, this among tighter censorship's early victories. Robinson and Cagney would play shady for laughs or as short cut to enforcement of law, their Little Caesar and The Public Enemystored in memory banks and not revived until years after. These were flexible enough actors to cast wider net over personas seemingly locked down after such dynamic jobs as Caesar and Enemy. Robinson/Cagney being tough this side of the law was for most as satisfactory as them shooting ways into a corner and having to die for a preordained finish. They were liked enough that fewer wanted to see that, as Warners found with conclusion of  1937's Bullets or Ballots shot both ways. 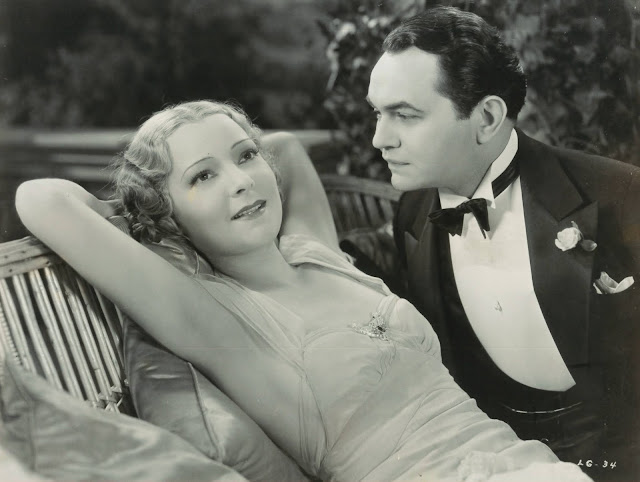 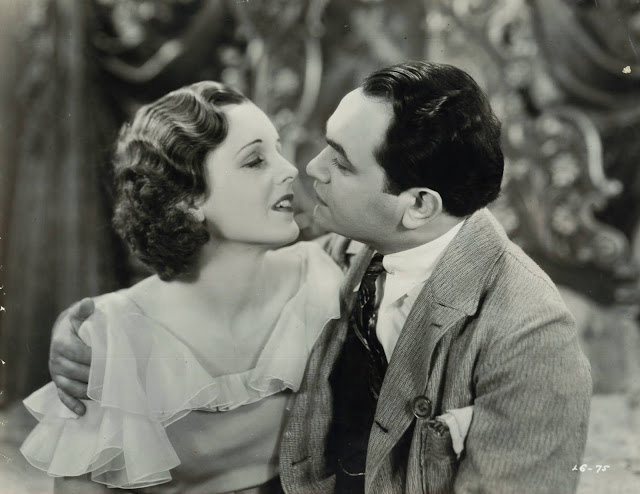 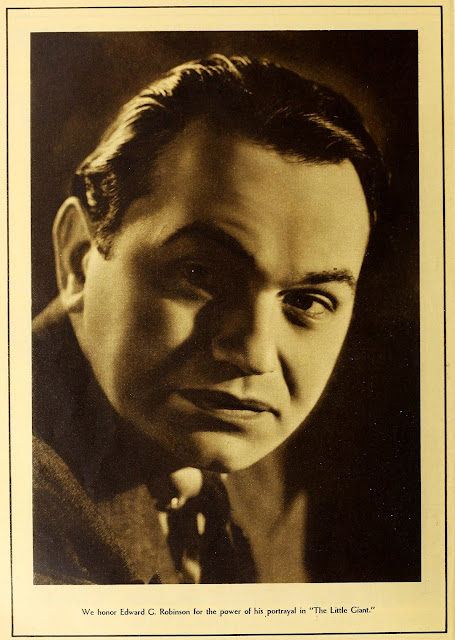 We're told on a front end that Eddie's Little Giant was a beer baron, but will carry no gat for 75 minutes this lasts. As precode comedy it clicks, but there is care to prevent Robinson committing any criminal act on camera. All in his past, we're told. Worse crooks are of high society that prey on Eddie's seek of "strictly class," Warner writers getting in licks at privileged types they blame for social ills. Did a snooty upper class go to movies, let alone Edward G. Robinson movies? I don’t visualize them arriving in furs to Strand matinees of The Little Giant. Was this a movie strictly for the proletariat? If so, I wonder how it and others from WB broke even in 1933, let alone profited (actually, The Little Giant did swell ... $181K in profit). Did Warner aim later projects like Anthony Adverse and the Muni biopics at a cultivated audience they had ignored since Barrymore wore poof sleeves? But wait, there was George Arliss, to whom I figure patrons were chauffeur-driven. So, was “class” viewership given up for movies with Robinson or Cagney? Again, not a rhetorical question, I would really like to know. Maybe the two had more urgent reason to spread wings, Cagney via A Midsummer Night’s Dream, Robinson donning beards to cure syphilis. No player could last forever with a gun in his hand, any more than real people could do the same. 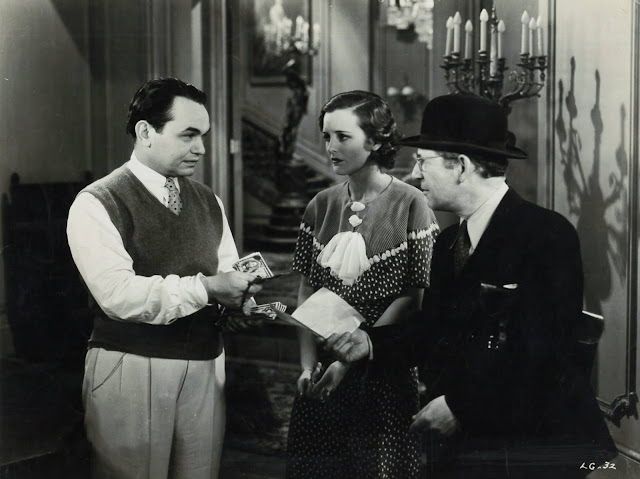 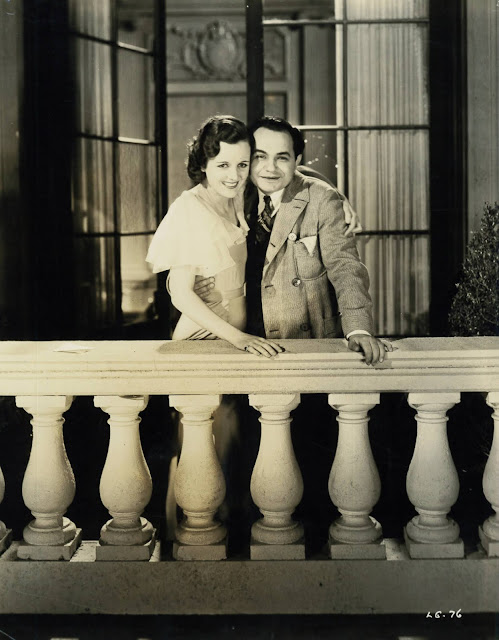 The Little Giant lobs at specific targets, an avenue soon closed by Code scrutiny. First are ethnic groups --- these rouse mirth from shocked modern viewers of The Little Giant --- but would they dare laugh if the film were revived in a crowded theatre today? (I'm wondering if precode festivals still happen) Modern art gets a whack, idea being that only phonieslike it. Robinson was already collecting by now, a pioneer proponent of far-out stuff, so he probably had fun with this element. Eddie of late in big chips meant paying close attention to gallery catalogues sent his way, though you wonder if dealers saw him as anything like the chump his Little Giant was. If so, I’m sure he put them right fast. How many uppity art dealers got a shock when Little Caesar turned out a more cultivated intellect than blue-bloodiest customers? Robinson tired quickly of raw parts, did them to broad effect customers liked, but fought early and regular for nuanced work. He surely got fed up by plain folk assuming he was a hoodlum like ones he played. Robinson with low-key Mary Astor is effective pairing of flamboyant star style against what we'd call modern underplaying (but hold ... Eddie could tamp down to whatever tempo scenes called for). There's a reason why Astor survived so long doing character work. She could breathe humanity into hoariest stock and play as though it were happening for real. Robinson certainly had that gift too --- there’s at least a half dozen iterations of this great actor and all are compelling. The Little Giant runs in HD on TCM and looks fine.

How To Housebreak Hoodlums