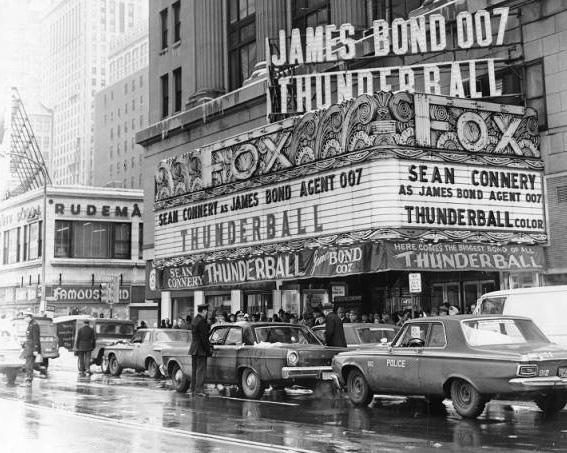 Bond Bombshells Bursting All Over 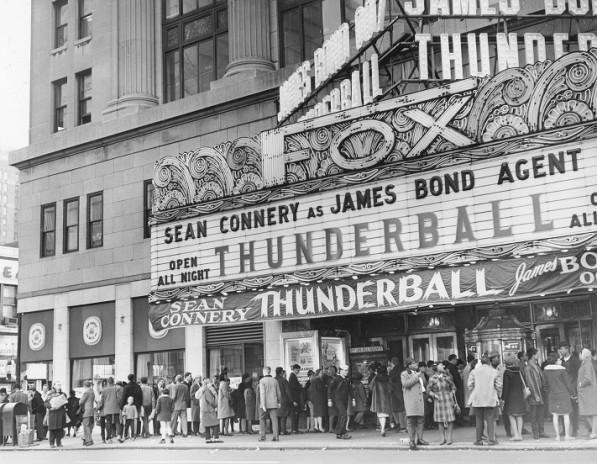 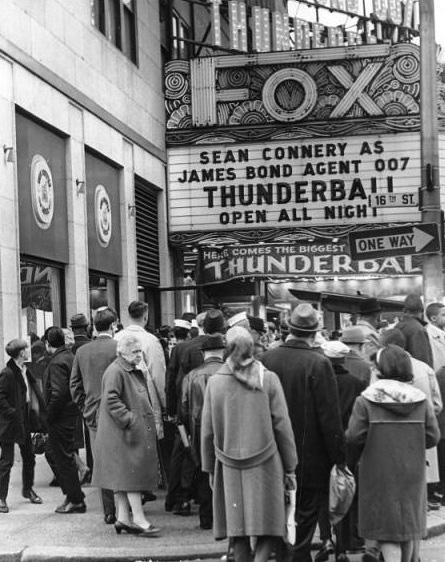 What occasions were new James Bonds! I’m aboard again for 007 as result of generous reader Stephen Sistilli sharing with me a terrific array of Bond ads and imagery for when Thunderball, You Only Live Twice, On Her Majesty’s Secret Service, and Diamonds Are Forever opened in Philadelphia. I should have grown up there, but wait, 007 was magic wherever he landed, and could put any venue at equal standing with a largest palace where excitement for freshest Bond was at 60’s peak. First to Thunderball, here bidding a street-full to enter, them and their winter coats. Guess laps were loaded with same in such a packed house, for with no empty seats beside you, where else to lay outer wear except across your knees? This is how I remember Thunderball as well, a frosty February (1966) morning at the Liberty, anticipation ramped high, thanks to a LIFE magazine cover, Bond toys of just-previous Christmas, a primetime 007 special on NBC. Wonder how long the wait was for tickets in Philadelphia. I walked right in for getting downtown early, but North Wilkesboro was no Philadelphia. James Bond drew adults because his was a daring new kind of adventure. My mother and aunt had gone to see Goldfinger in March 1965, a same evening after I had just been to the afternoon show. Future Bonds would be forbidden to me as result of that day, but Thunderball, coming to us nearly a year later, was that much time for memory of JB depredations to fade. Thank providence, for I could not have endured a miss of Thunderball. 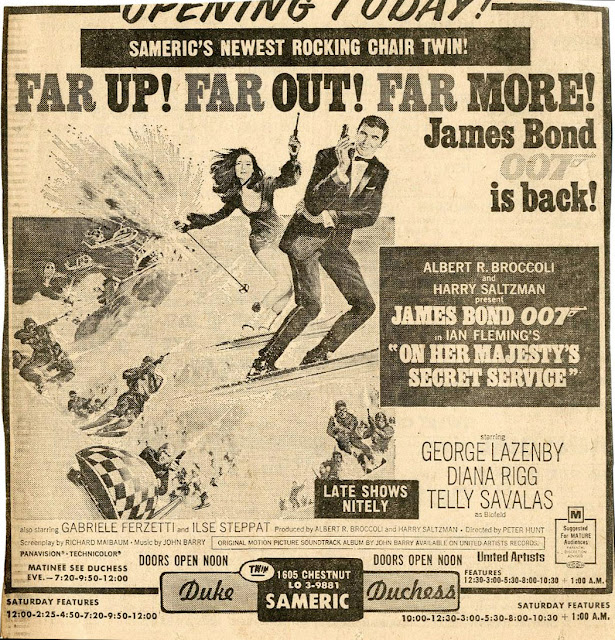 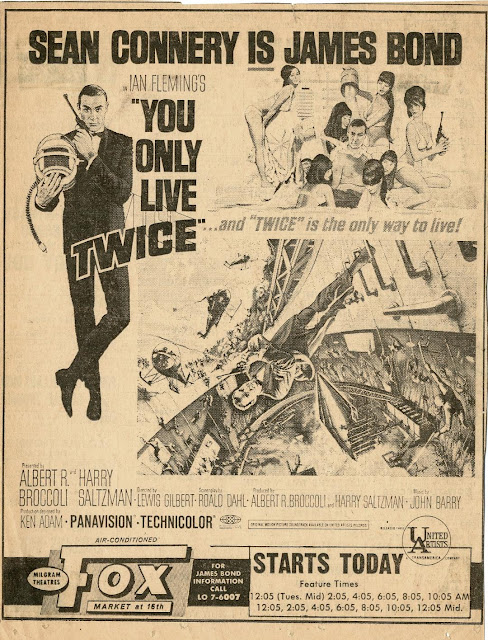 Then came You Only Live Twice in 1967, waters muddied by a Bond poseur named Casino Royale that tried crashing parties. It’s for that reason ads read Sean Connery IS James Bond. I would lie at night and listen to non-stop YOLT ads on a bedside radio. Again that fevered anticipation, fueled by intermittent double-features of past Bonds. Note that Philly’s Fox ran YOLT continuous from Midnight to Midnight, a 24-hour haul. You’d think it was wartime and crowds were still pouring in from shifts at the defense plant. On Her Majesty’s Secret Service played both sides of two-screen the “Duke” and “Duchess,” brand new to Philadelphia. “The name came from the owner’s dog’s name,” recalls Stephen Sistilli, “It was the first twin theatre built in the area. I saw OHMSS there when it opened and still remember the smell of the new carpets and the pumped-up sound system.” 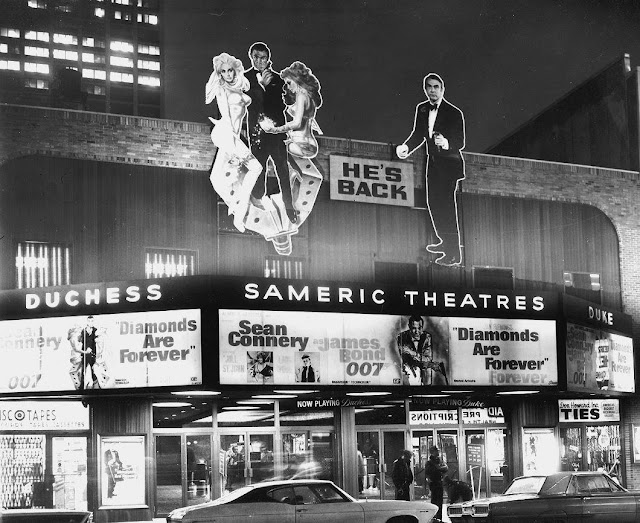 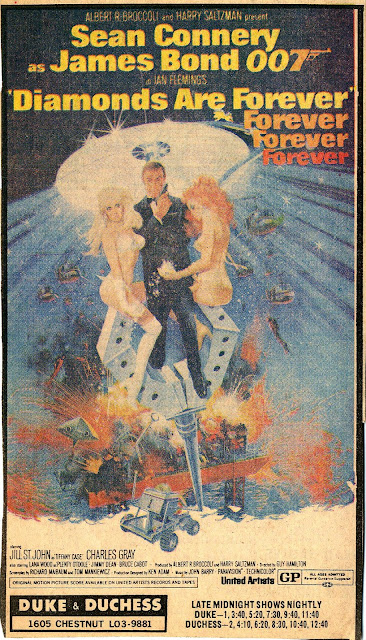 Stephen says Diamonds Are Forever at left was “a rare color ad” as run by the Philadelphia Inquirer. 007’s newest (December 1971) was again at the Duke & Duchess, each auditorium with 460 rocking chair seats. I could be wrong, but I believe Winston-Salem’s Thruway Theatre, where I saw Diamonds Are Forever that same month, also had rocking seats. It wouldn’t be long before multi-cinemas, at least in my area, devolved to cracker boxes. Bally was still strong in Philadelphia at least, as our Thruway did not have massive cut-outs sitting atop the marquee as here in evidence at the Duke & Duchess. Also note display art of Connery as Bond, his elbow resting on a knee and holding the luger, imagery going all the way back to Euro posters for Dr. No. Whatever the merits of Diamonds Are Forever, it ended an era of James Bond films as events, or at least suspended it for so long as Roger Moore, off television and lacking Connery’s gravitas, played the character. The Duke & Duchess Theatres were demolished in 1987 to put in a hotel and shopping mall complex.