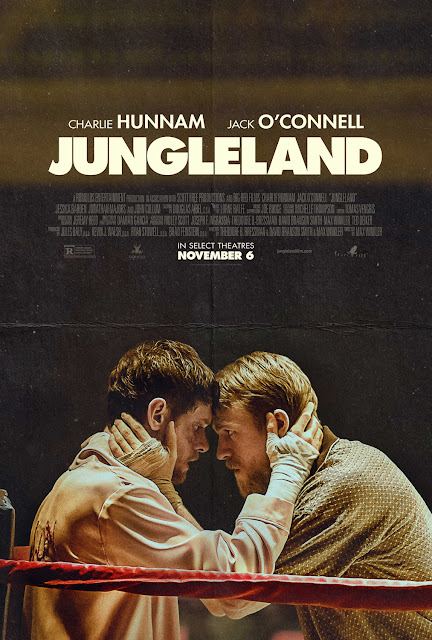 My dear reader(s): Much to my delight, this weekend's home viewing options included a new Charlie Hunnam movie, Jungleland.

Spoiler level here will be mild, nothing you wouldn't know from the trailers.

Having landed in debt to some very dangerous people, a boxer and his trainer-brother are forced to transport a young woman cross-country.

Jungleland is an oft-told tale that doesn't really have much new or interesting to recommend it. The story is predictably miserable and moves at a snail's pace, and characters have about as much depth as paper dolls. Bland performances from the noteworthy cast, led by Hunnam and Unbreakable's Jack O'Connell, might be blamed as much on pedestrian writing as on the actors themselves. It's a grim movie about unpleasant people with barely a single redeemimg quality among them.

Jungleland runs 90 minutes and is rated R for "pervasive language, some sexual content, violence, and nudity."

Jungleland is a depressing exercise that's disappointing on every level. Of a possible nine Weasleys, Jungleland gets three. 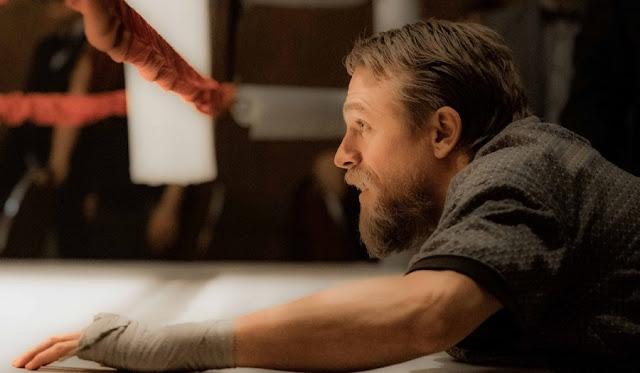