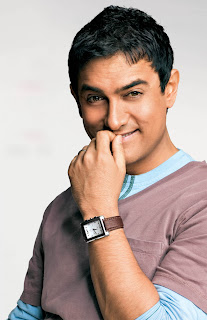 After much insist from megastar Amitabh Bachchan, Bollywood actor-producer Aamir Khan has finally decided to join micro-blogging website Twitter .
"Aamir is on Twitter from July 1. He was not on Twitter till now because he thought he won't be able to give enough time to it. But since Mr.Bachchan insisted on him joining it, he gave it another thought and has decided to join it. He cannot say no to Mr.Bachchan," said a source close to the actor.