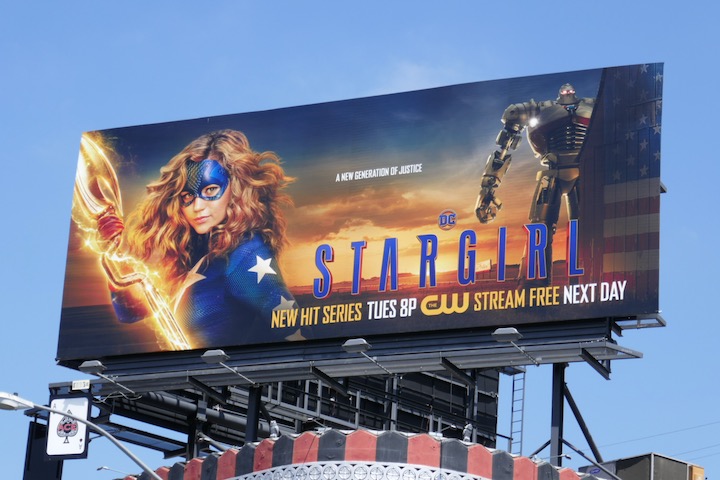 This year The CW added another DC superhero to their ranks, this time it was Stargirl making the leap from comic book page to small screen.
Brec Bassinger plays 'Courtney Whitmore', the high school sophomore and wielder of the Cosmic Staff, a DC Comics character created by Geoff Johns and Lee Moder. 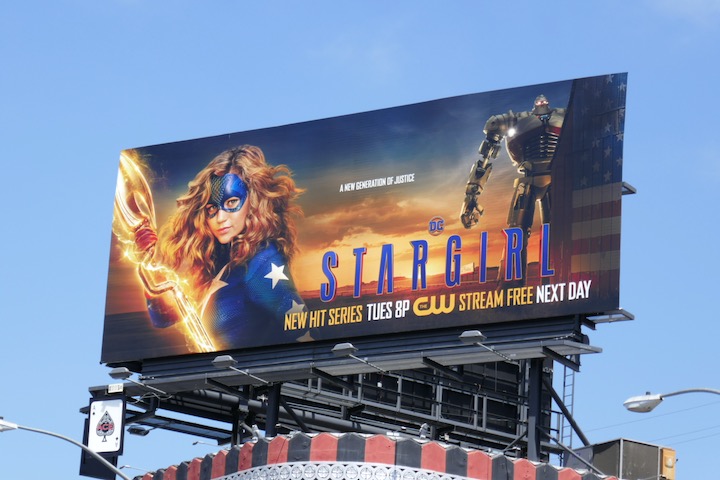 This series launch Billboard was snapped above West Hollywood's Sunset Strip on June 21, 2020.
For more solo DC super-heroines, be sure to also check out these Supergirl billboards, these Batwoman billboards and these Wonder Woman billboards. 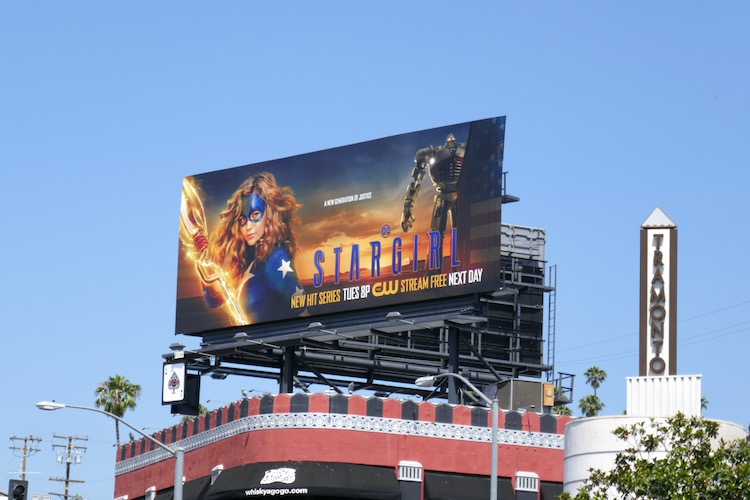 With Ruby Rose shocking fans by leaving Batwoman after one season in the titular role, a fresh new face on the block is exactly what the DC Universe needs right now to shine brightly for truth, justice, freedom and liberty for all. 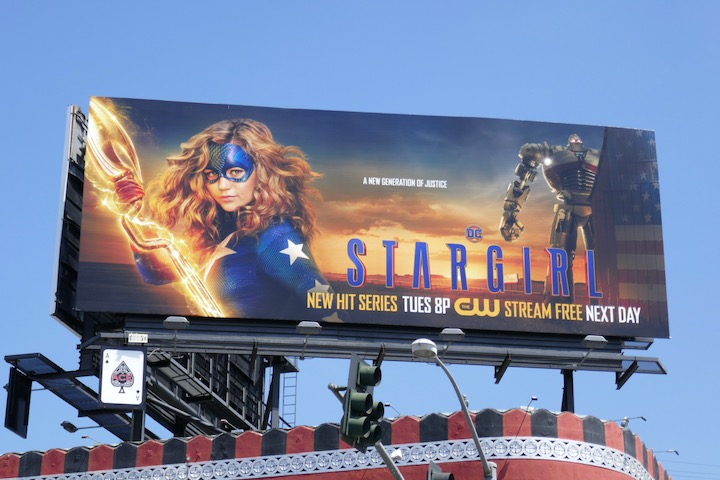