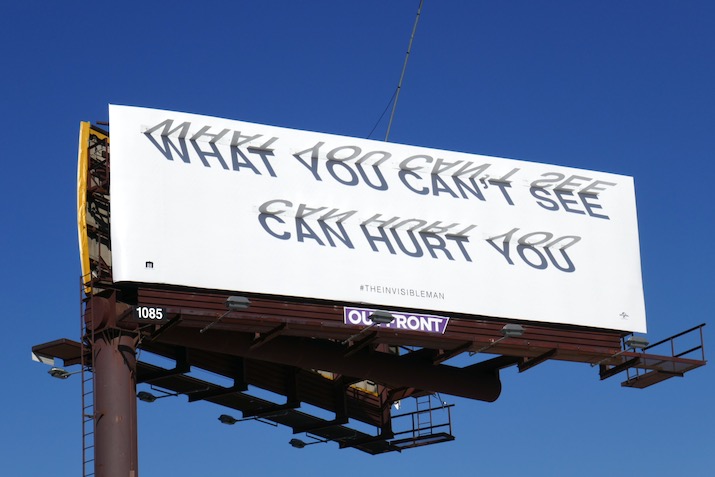 This February The Invisible Man gets a modern and deadly retelling on the big screen and a fantastic, highly visible outdoor marketing campaign to support it. 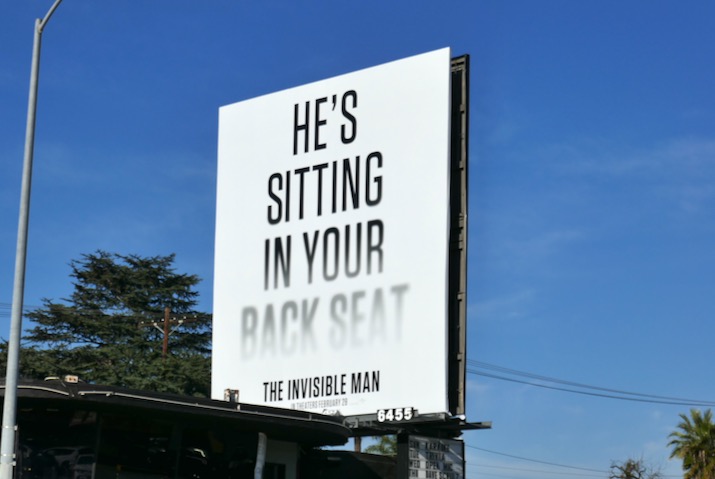 The new sci-fi horror based on H. G. Wells original 1897 novel and the iconic 1933 film adaptation is written and directed by Leigh Whannell and stars Elisabeth Moss. 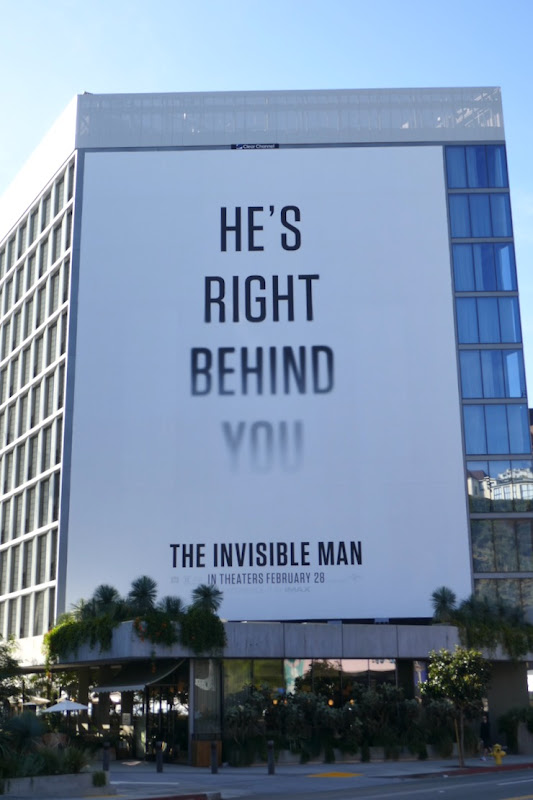 Moss plays 'Cecilia Kass', a woman trapped in a violent and controlling relationship by a wealthy, genius scientist (played by Oliver Jackson-Cohen).

One night she escapes with the help of her sister (Harriet Dyer), their childhood friend (Aldis Hodge) and his teenage daughter (Storm Reid). 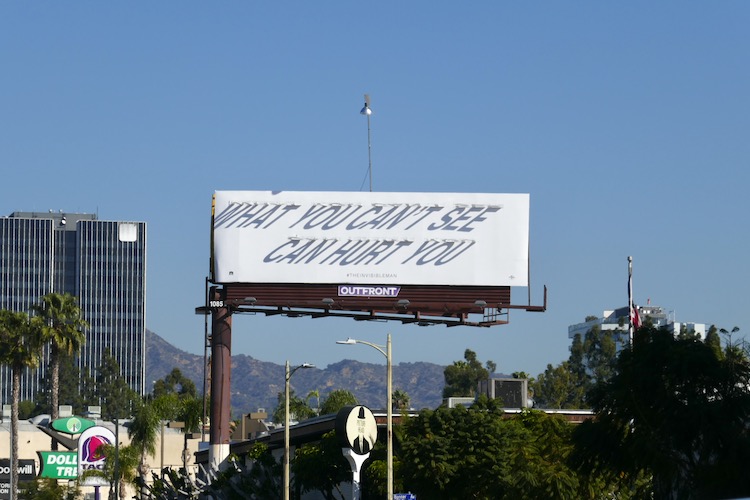 When her abusive ex seemingly commits suicide and leaves her his vast fortune, Cecilia suspects his death is an elaborate hoax 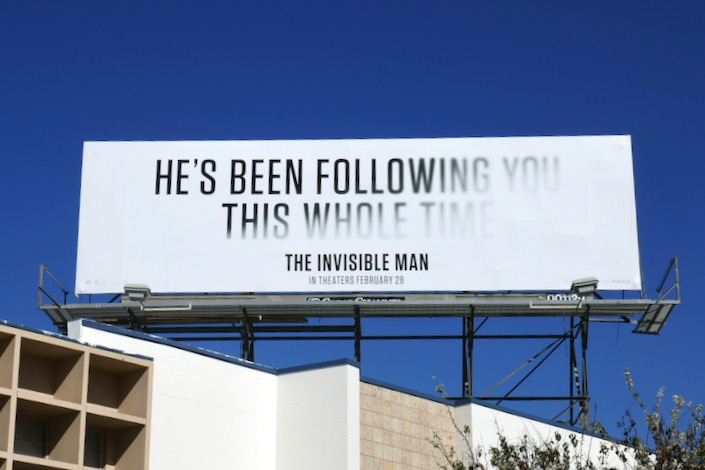 A series of eerie coincidences turn lethal, threatening those she loves, and her sanity starts to unravel when she becomes convinced she's being hunted by someone nobody can see. 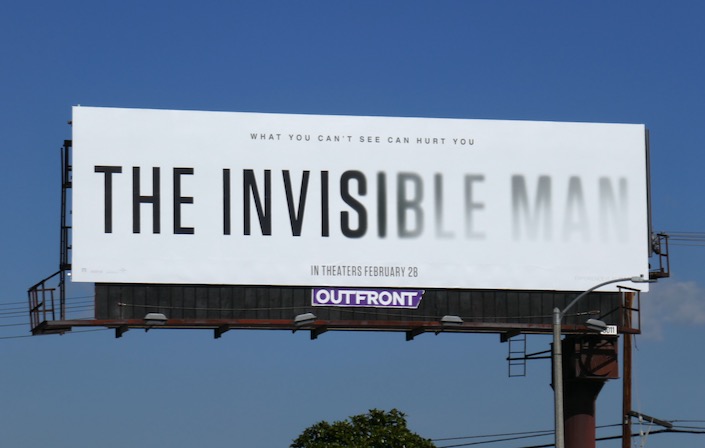 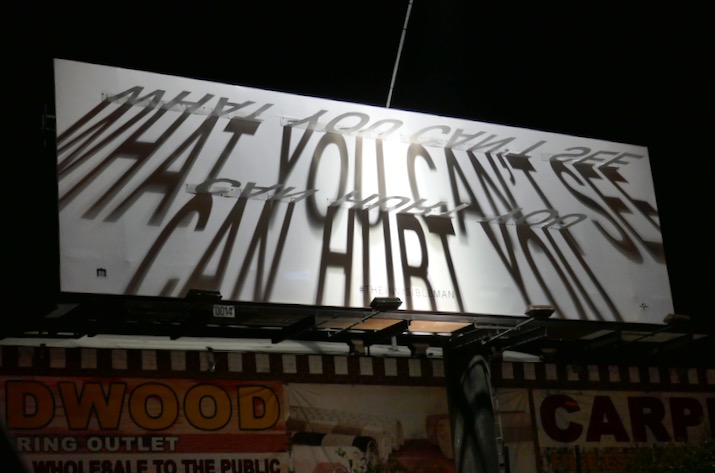 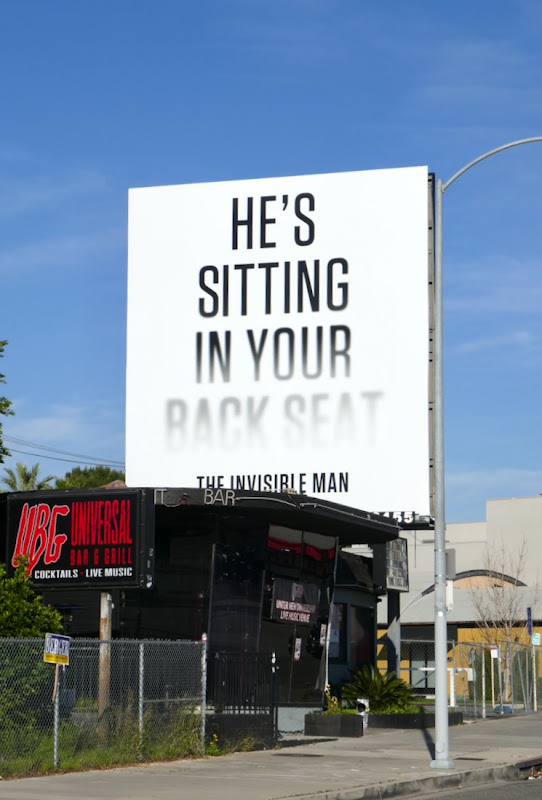 These ads prove you don't always need imagery to convey your messaging, just cool design and typography (and a stunt billboard or two), like these other copy-only ad campaigns for the movie Love, Simon, these Thirty Seconds to Mars billboards and these Roast Battle billboards. 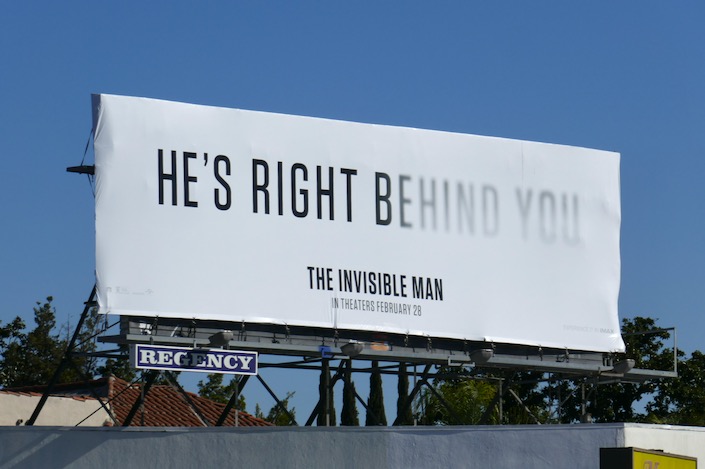 If these billboards for The Invisible Man give you chills, make sure you don't leave an empty seat next to you in the cinema because you never know what unseen threat may lurk there. 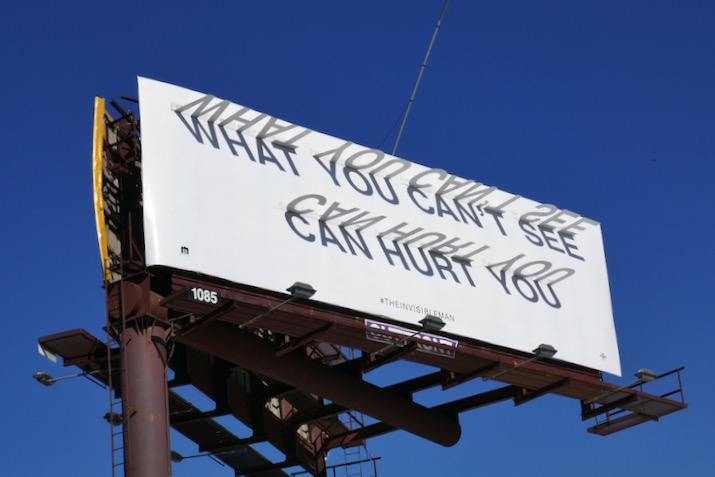