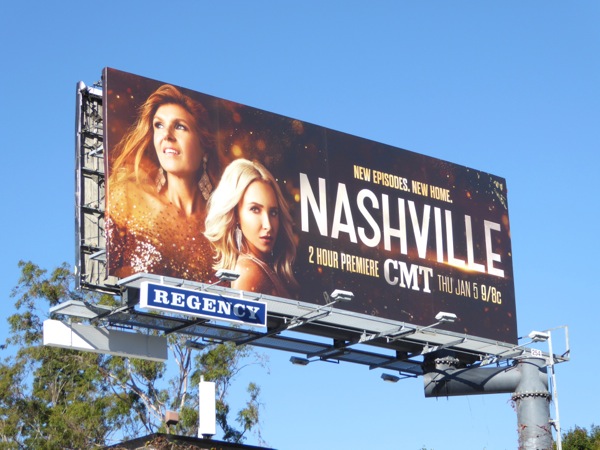 The country music drama Nashville is singing a new tune this Winter for its fifth season after finding a new home on cable channel CMT following its cancellation by ABC last year. 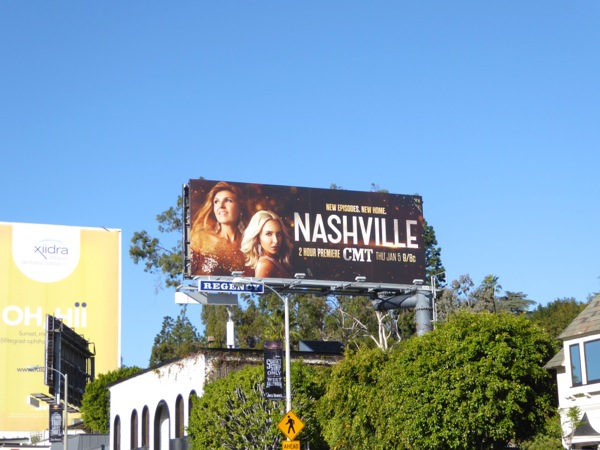 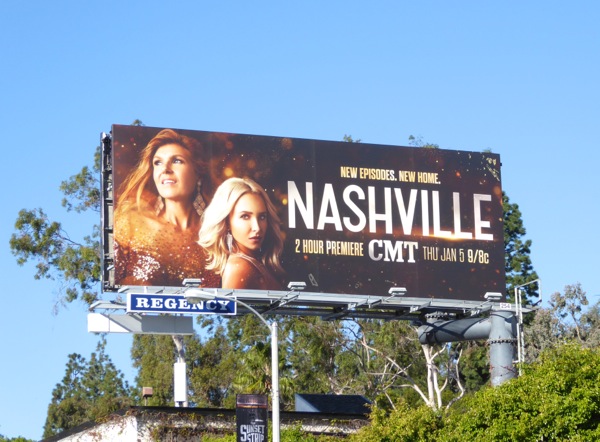 Plus fans of the show can also check out these Nashville season one billboards from Fall 2012.

Tune in to find out the resolutions to last season's cliffhanger and to see who'll be sticking around to continue to pluck at your heart strings for the rest of the episodes. 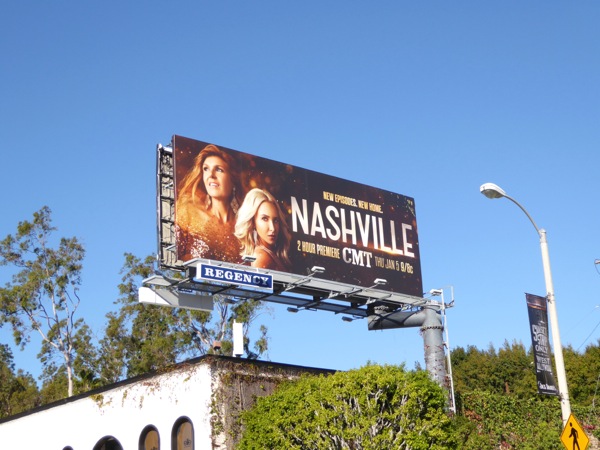