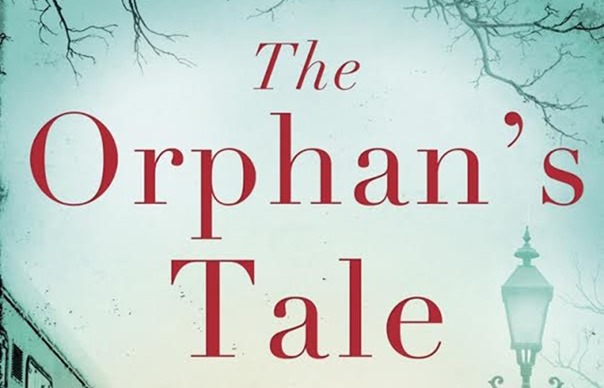 The day is finally here and I am delighted to announce that I am taking part in The Orphan’s Tale blog tour for the release of the latest novel by Pam Jenoff. I am featuring an exclusive Q&A with Pam and I also have a copy of this poignant and moving novel to give away below.

Predicting Roulette
Best Things to Do in Cadaques, Beauti…
Easy Pet Rocks Craft Idea For Kids
The Sign of Four
10 of the best rural glamping hideawa…

The Orphan’s Tale follows the story of seventeen-year-old Noa who was cast out by her family in Nazi-occupied Holland when she fell pregnant. Forced to give her baby up at birth, Noa discovers a train carriage full of babies destined for a concentration camp. She saves one of the babies and is soon on the run, eventually landing up at a German circus. There they take her in on the condition that she perform for them as part of the trapeze act. Can she and the star trapeze artist Astrid learn to trust each other before their first performance? Whatever the outcome, it soon becomes clear that those in the circus cannot hide from the war forever.

The Nightingale meets Water For Elephants. The Orphan’s Tale is a powerful story of friendship, love and sacrifice loosely based on several true stories from World War II, uncovered by Jenoff in her research.

Q&A With Pam Jenoff, Author of The Kommandant’s Girl and The Orphan’s Tale

I asked Pam six questions and was thrilled with her fascinating and detailed answers. Thank you for taking part Pam!

The Orphan's Tale is a complex story about trust and loyalty set against the backdrop of a travelling circus during the Second World War. Can you tell us a bit more about how you got the idea for the book and how the story evolved?

The novel, though fictitious, was inspired by two real events: first, the little-known account of the rescuer’s circus, an actual German circus that hid Jews, including rival performers from another circus. Second, the train of unknown infants was drawn from an actual, horrific event during the war. There are also elements of the Book that were drawn from real life. For example, the instance of a German military officer being ordered to divorce his Jewish wife was true. Also, a real-life romance between a Jewish woman in hiding and a circus clown provided the idea for Astrid and Peter’s relationship in the book. Finally, while researching I was amazed to find a rich history of Jewish circus dynasties in Europe, which also helped me develop the story.

I found these remarkable stories in the Yad Vashem virtual archives which document the Righteous – people, often not Jewish, who saved Jews during the war.

The detail in the book is often quite startling. How long did it take you to research the book and can you tell us a bit more about that process?

Some of my research is done before I write the book, other bits contemporaneously with the writing. In any event, armed with the stories from Yad Vashem, I began to dig deeper. I found a book on Jews in popular German entertainment and that book provided more detail about the rescuer’s circus and introduced me to Jewish circus dynasties in Europe. From there, I needed all kinds of research, about Jewish life and life in general during the war, in both Germany and France, where the circus travels. I needed to understand how they were able (and permitted) to keep performing, if at all during such grim times. I used a variety of sources: books, internet, periodical and photos from the time period, correspondence and other first-hand accounts.

Then there was the research about the circus in general. European and American circuses are different and I tried hard to get the details right. Interestingly, there are many websites devoted to historic circus arts. Finally, I had to learn about aerialist arts, such as trapeze. I began with books and videos and then consulted an aerialist, who taught me what was and was not possible. But first I had to understand enough to even know the right questions to ask.

Which character did you identify with the most in The Orphan's Tale and why? Was there a character you didn't like or who didn't turn out as you had intended?

This was one of the first books I’ve written with two narrators, Noa and Astrid. I would not say I identified with one more than the other. I like to write about the gray areas in people: no one is all good or bad, but rather we are a spectrum of our choices in particular circumstances. That for me is a key message in all of my books.

What was your hardest scene in The Orphan's Tale to write?

Hands down, the scene with the infants on the train. It is the opening scene and I knew that from the start, but I waited the longest time to write it. I knew that I had to put my own children on the train in order to do it justice. It is the reason I call this the book that it broke me to write.

As a prolific author, much of your body of work is set during the Holocaust. Would you say that now is more important than ever a time to write about the dangers of fascism and identity politics?

The Orphan’s Tale is particularly important in these tumultuous political times, when people in the United States and across the globe are wrestling questions of moral responsibility for refugees and victims of genocide and other human rights violations in Syria, Africa and elsewhere.   By taking readers into the unprecedented setting of a circus-as-sanctuary and examining choices of individuals and the collective to act for the greater good at their own peril, I’m attempting to use fiction to shine a light on these questions through the lens and lessons of history.

Your readers are always very keen to know when your next book is coming out. What would you most like to write about next?

My next book, still untitled, is about twelve young British women who went missing in Europe during World War II while working as spies, and the woman who goes searching for them – and who might or might not have betrayed them. 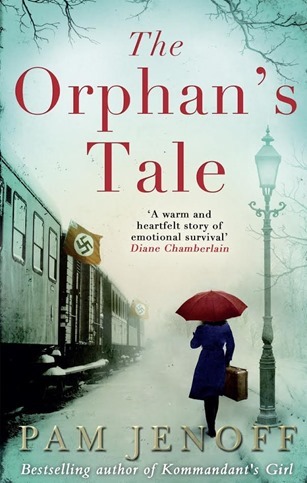 Enter using the Gleam widget below to win a copy of Pam Jenoff’s The Orphan’s Tale.

Where Next? The Orphan’s Tale Blog Tour

Wondering where to go next? Follow Pam Jenoff and HQ Stories and check out the blogs below for more exclusive content and giveaways. 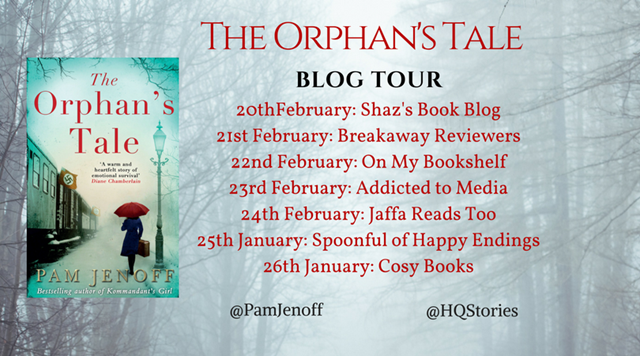 If you are reading this anywhere besides Addicted to Media, on Facebook, or in an RSS reader then the content is stolen. Please report stolen content to [email protected] Copyright 2008-2016 The Media Addict http://addictedtomedia.net 3mm154m2ndy

This post first appeared on Addicted To Media, please read the originial post: here
People also like
Predicting Roulette
Best Things to Do in Cadaques, Beautiful Town in Costa Brava
Easy Pet Rocks Craft Idea For Kids
The Sign of Four
10 of the best rural glamping hideaways in Britain
Proven Methods for Successful Weight Loss
18+ Adult Movies Of All Time To Fulfill All Your Sexual Fantasies| Lolita, Exotica and More