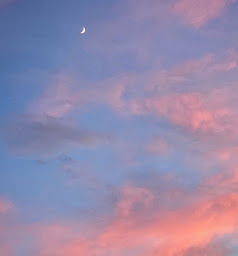 I see I haven't posted here in over a year (my last post was a discussion of Fantasy back in June 2019, which I've referenced to in several Twitter discussions since then).
I occasionally update my Instagram feed with photos I feel are passably interesting. Tumbler gets updated from time to time, both automatically (via Instagram reshare) and manually (back in October, most "recently").

It’s Me – Chapter 12
9 Oral Sex Tips You Need To Know
Crunchyroll – How to Watch Anime Onli…
Top 12 Best Manga Websites Like Manga…
A Brief Opinionated Overview of NIST’…
I could retire this blog entirely, as I've generally stopped doing regular casual media criticism. Most of my current production is Poetry. This has been true since 2017 -- I've been persistently exercising this skill, picking up occasional publications in online literary outlets, and becoming more involved with the online poetry community.
The Twitter poetry scene seems to be the most productive. Established personalities join the discourse with more emergent authors and publications, and it's used broadly for discussion and announcements, both poetry-related and adjacent thereto. For a more consistent window into my sparse attempts to social engagement, visit me there at @miksimum.
Before we leave the topic of poetry, I'll post my most recent placements. For the full list, see my Publications page on my website.
February 2020:
Downtown Office as Abscess in Juke Joint Magazine
Being a Thing in the Fall in Neologism Poetry Journal
April 2020
2 poems in 3 Moon Magazine, vol. 1 issue 3
July 2020
Foot Bridge as Bowstring in Bodega Magazine
Forthcoming
3 poems in Praxis Magazine Online
Recently, I've been trying to prime my engine for Visual Art, returning to photography and pen/ink drawing. As compared with poetry, these don't have as obvious a career path for amateur enthusiasts like myself. I'll be posting sketches and photos (often heavily treated) on Instagram, but I don't have a lot of hope that I'm going to successfully connect with some kind of alt/art community that fits my style and skill level just right. I want to be more serious than a fairweather comics/fan-art dabbler, but I don't have the training or time investment of the excellent concept or semi-professional artists I see out there.
Even so, I'm still inspired by, and toward, certain forms of visual art, so if you want to keep track of that, follow me on Instagram or Tumblr -- always @miksimum.
Tonight I will be doing something. Maybe I'll watch the not-so-well-received Dark Tower movie, which I just acquired in Very Cheap Blu-Ray form. Maybe I'll keep reading something I picked up at my family's old farmhouse, the Robert Graves autobiography "Goodbye to All That." Maybe I'll write another poem in my drafts notebook.
Maybe I'll even get around to writing about it.
Later!