LUKE EVANS JOINS
NINE PERFECT STRAN- GERS
TV news for you today, starting with the latest info from Hulu: after Manny Jacinto the latest one to join the mini series NINE PERFECT STRANGERS with Nicole Kidman and Melissa McCarthy is Luke Evans. The series, based on Liane Moriarty's book, takes place at a boutique health and wellness resort that promises healing and transformation as nine stressed city dwellers try to get on a path to a better way of living. Watching over them during this ten-day retreat is the resort’s director Masha (Nicole Kidman), a woman on a mission to reinvigorate their tired minds and bodies. Luke Evans, whom you can watch next month in Angel of Darkness mini series, will play Lars, one of the nine “perfect” strangers in the drama set for next year.

Wuhan Weather Report
Give the gift of health and fitness t…
Cryptocurrencies’ prices on Yahoo Fin…
Four Things Jesus Says About a Discip…
It’s Good That Everything Here Change…
'LITTLE BIRDS' TRAILER
FOR A PROVOCATIVE NEW SERIES
Sky has released the first, rather provocative, trailer for their immersive and unusual new period set series LITTLE BIRDS which will have all its episodes out August 4th with the cast led by Juno Temple and Hugh Skinner. It will air on Sky on Demand and Now TV. 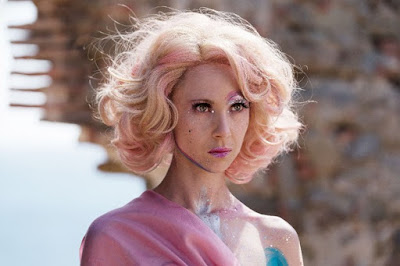