'TROY: FALL OF A CITY'
STARTING NEXT WEEK ON BBC!
What better way to warm yourself up a bit during cold winter nights than with some scantily clad Greek warriors and princesses, starting next Saturday, 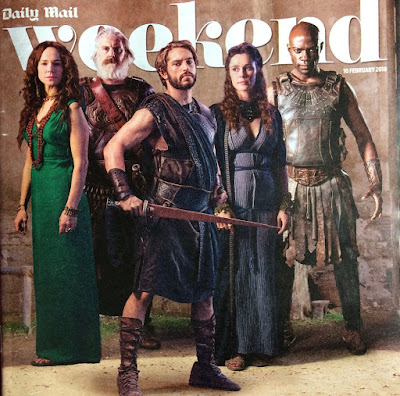 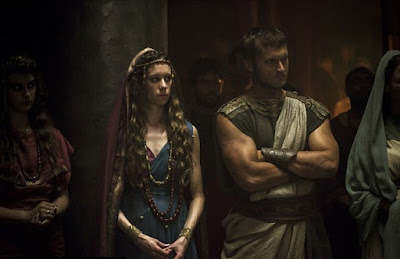 Jam.GG – Play Retro Games online with…
Firebird – Making Of Story
The Book Depository – 28% off Glucose…
Biden Administration Announces Bipart…
TROY: FALL OF A CITY
an epic tale of mortals and gods, has a psychologically rich and sweeping narrative which goes back to the story’s origins: to the judgement of Paris, his
scandalous love affair with Helen, and the ill-starred prophecy surrounding his birth. Told from the perspective of the Trojan royal family at the heart of
the siege, TROY: FALL OF A CITY is a rich story of love, intrigue, betrayal and belonging. Combining thrilling adventure with heart-breaking intimacy, it
conveys the big themes of human existence and identity; of people battling to retain their sense of humanity and compassion amid the devastation and destruction of war.
THE CAST OF THE 8 PART DRAMA
The eight part saga, which will also air on Netflix after the run in UK,  will see Louis Hunter and Bella Dayne as Paris and Helen, the two lovers whose
passionate affair plunges Greece and Troy into war, threatening to bring both empires to their knees. David Threlfall plays Paris’ father, King Priam of
Troy, alongside Frances O’Connor as Hecuba, Queen of Troy, and Tom Weston-Jones  as their eldest son brave Hector. They are joined by a cast
including Joseph Mawle as Odysseus the king of Ithaca, Chloe Pirrie as Hector's wife Andromache, Johnny Harris as Agamemnon the king of
Mycenae who attacks Troy with his brother Menalaus, David Gyasi as Achilles (yes, for some reason he will be black and so will be his lover
Patroklus and also the almighty Zeus indeed), and Jonas Armstrong as Menelaus, the King of Sparta whose marriage to Helen is destroyed when
Paris arrives in his city. Further casting includes Alfred Enoch as the Trojan general Aeneas the cousin of King Priam, David Avery as Xanthius, and
Aimee-Ffion Edwards as Priam and Hecuba’s daughter, prophetess princess Cassandra. Check out the trailer below: