Spooky film costumes, props, prosthetics and puppets to get you in the Halloween spirit...

This Halloween if you're looking for something to get you in the mood for witching season, here's a collection of screen-used costumes, props, prosthetic makeup and stop-motion puppets to get you in the spooky spirit. Horror fans will love this eclectic collection of vampires, werewolves, monsters, corpses, possessed dolls, ghosts and ghoulish sights from the movies that I have come across on my travels to museums, cinemas and exhibits. 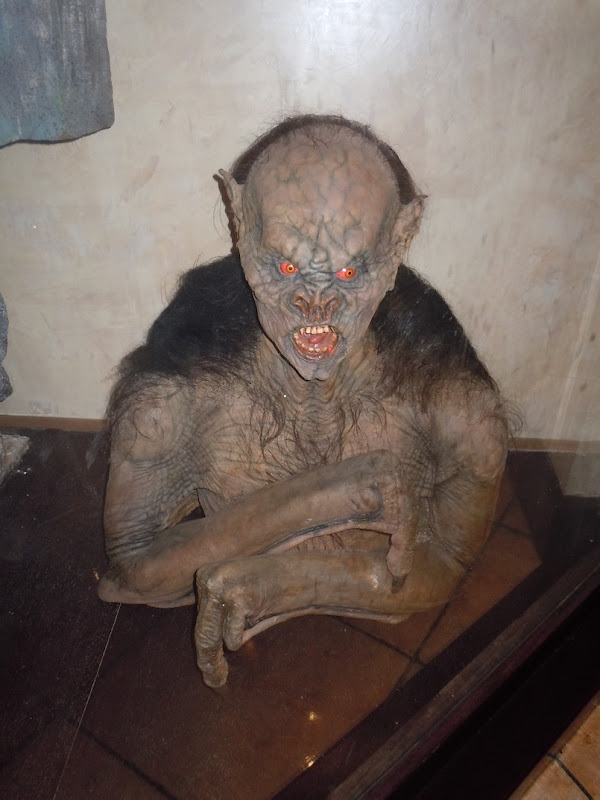 First up is this fantastic vampiric prosthetic makeup used by Gary Oldman in Bram Stocker's Dracula from 1992. This bat-form makeup along with a miniature model of Castle Dracula was photographed on display at the Planet Hollywood Cafe in Las Vegas in April 2011.
Werewolf prosthetic makeup from Dog Soldiers 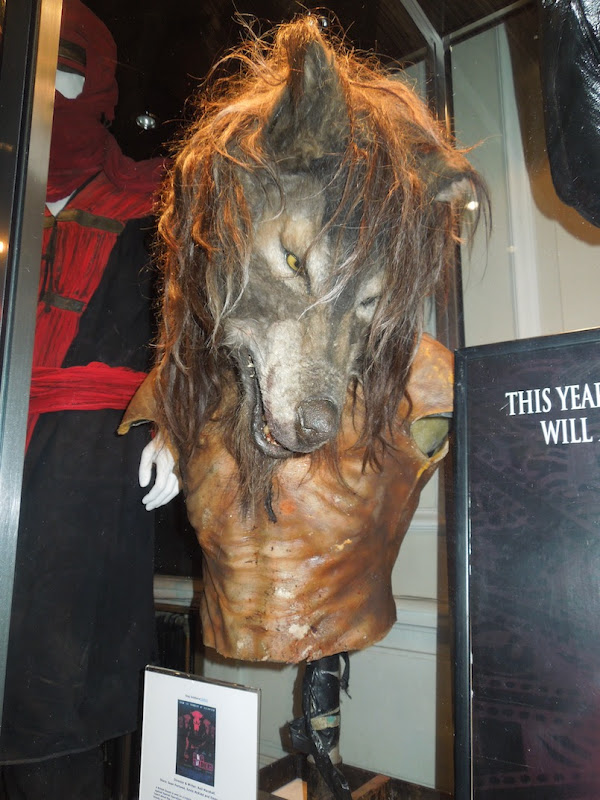 Next up is this ferocious werewolf prosthetic mask and torso from 2002 British horror movie, Dog Soldiers, and was photographed on display at the London Film Museum in May 2012.
Chimp autopsy creature prop from 28 Days Later 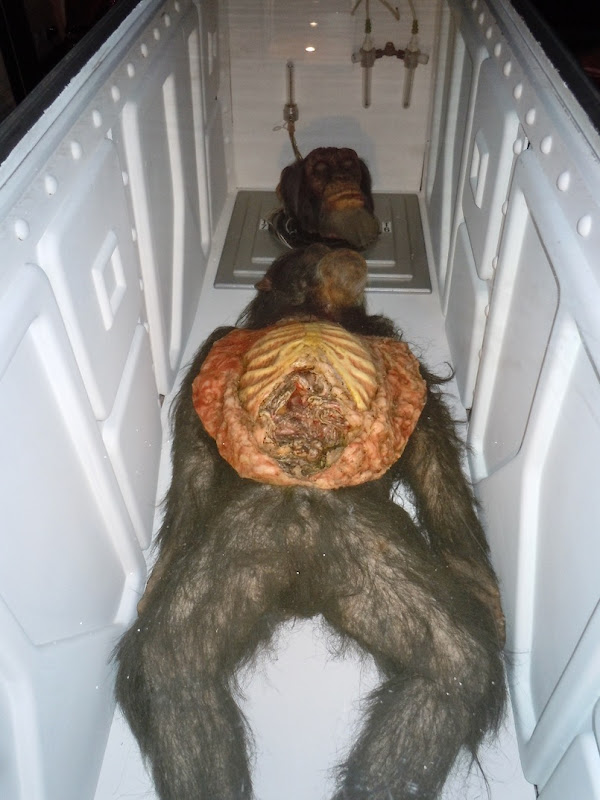 Keeping to the animal theme and this gory chimpanzee autopsy prop from 2002 zombie movie, 28 Days Later, snapped on display at the London Film Museum in January 2011.
Norman Bates mother corpse prop
from Psycho IV: The Beginning 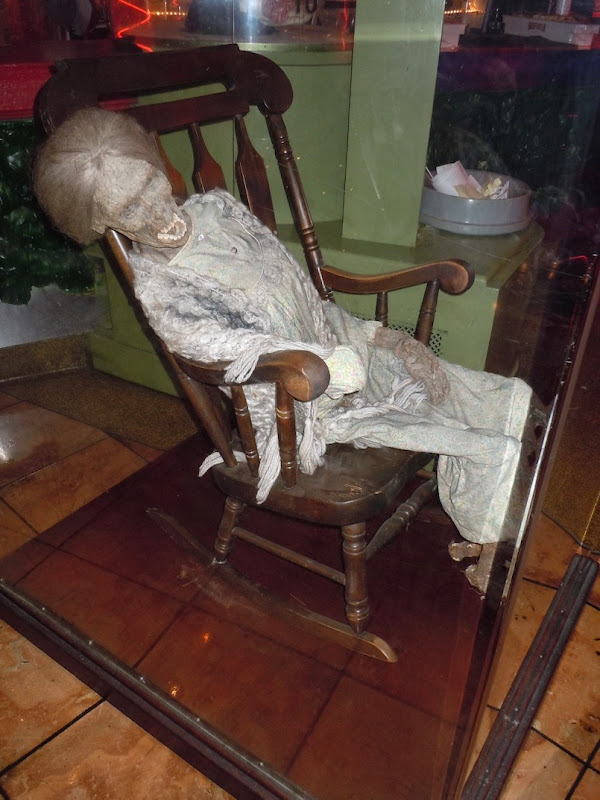 Next is this mummified-looking corpse of serial killer 'Norman Bates' from the 1990 made-for-television fourth installment in the Psycho film franchise. This gruesome prop from the horror prequel was photographed on display at the Planet Hollywood Cafe in Las Vegas in April 2011.
Annabelle doll prop from The Conjuring 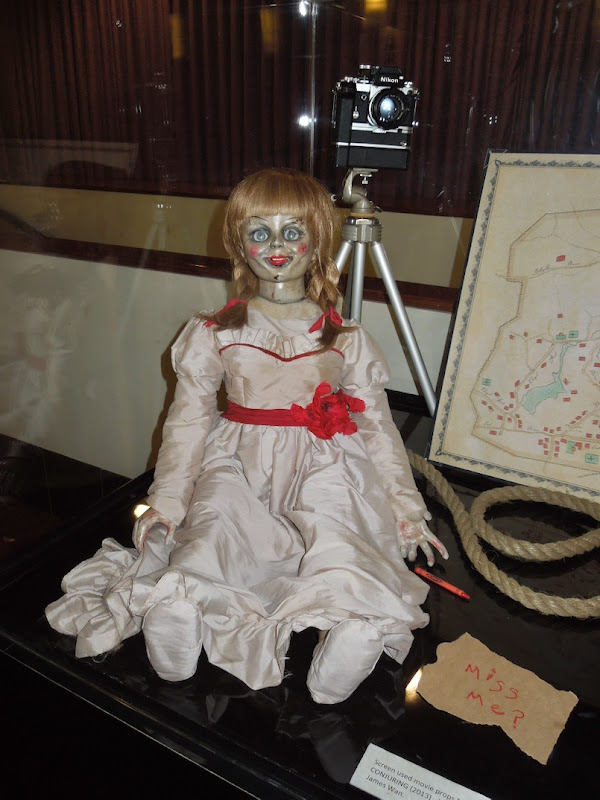 2013's supernatural horror, The Conjuring, introduced us to the possessed vintage doll 'Annabelle' (who has since starred in her own spin-off movies). This creepy doll and more screen-used props from the movie were exhibited at ArcLight Hollywood cinema in July 2013.
Gas mask-wearing mannequin from Insidious: Chapter 2 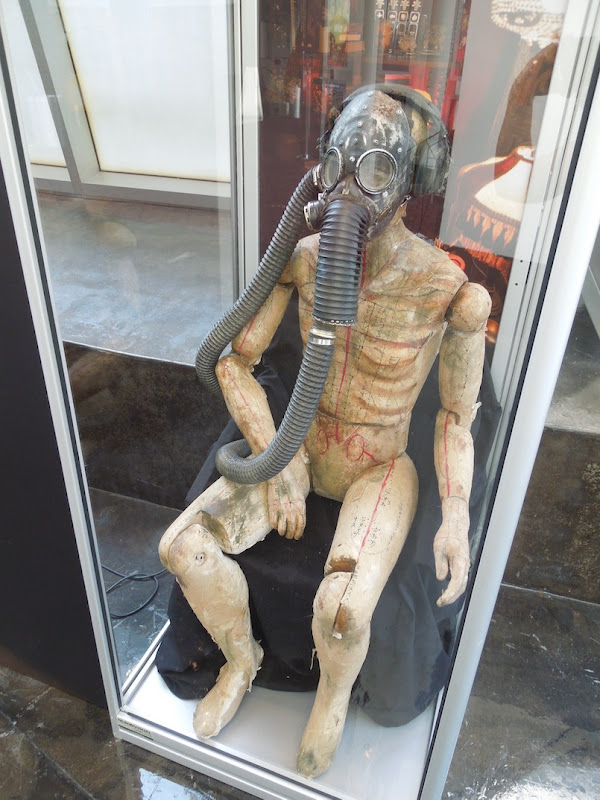 More creepy sights could be found at ArcLight Hollywood's lobby in September 2013 with this mannequin prop and scary costumes from Insidious: Chapter 2 on display.
Xenomorph suit from Aliens 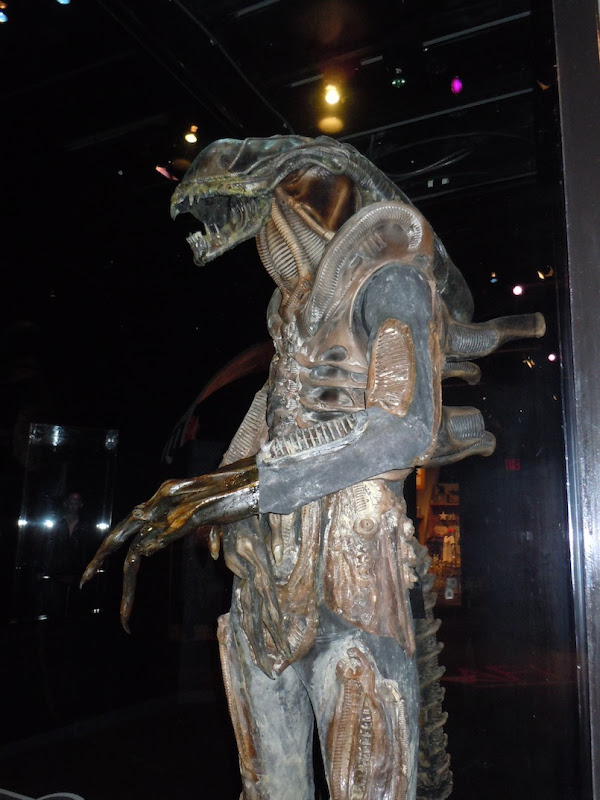 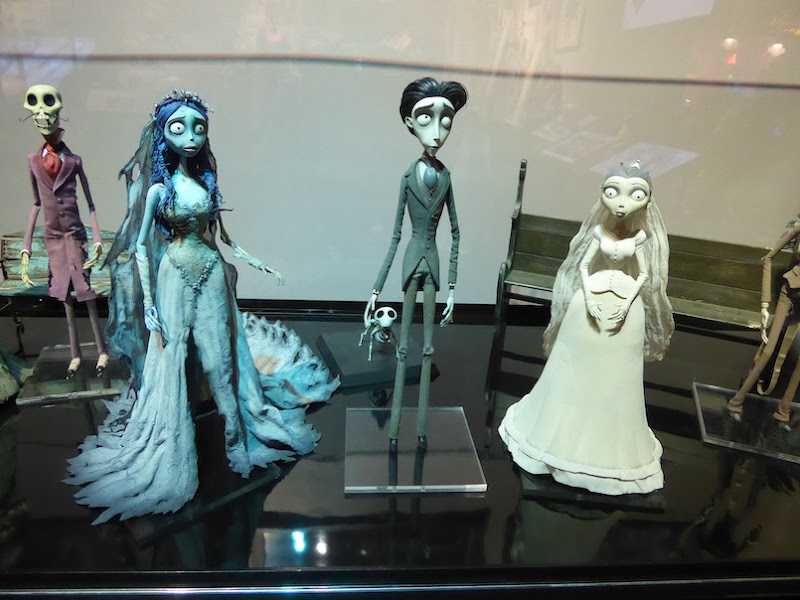 I think stop-motion animation sometimes lends itself to being a little creepy with the movement of its characters and so these Corpse Bride puppets from Tim Burton's 2005 film are the perfect examples. They were photographed on display as part of Warner Bros. Studios Backlot Tour in October 2016.
Frankenweenie stop-motion animation dog puppets 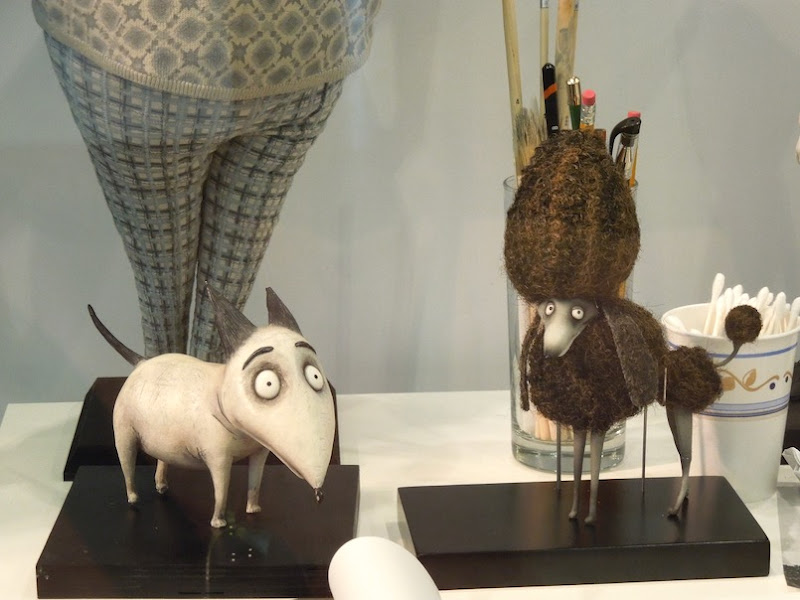 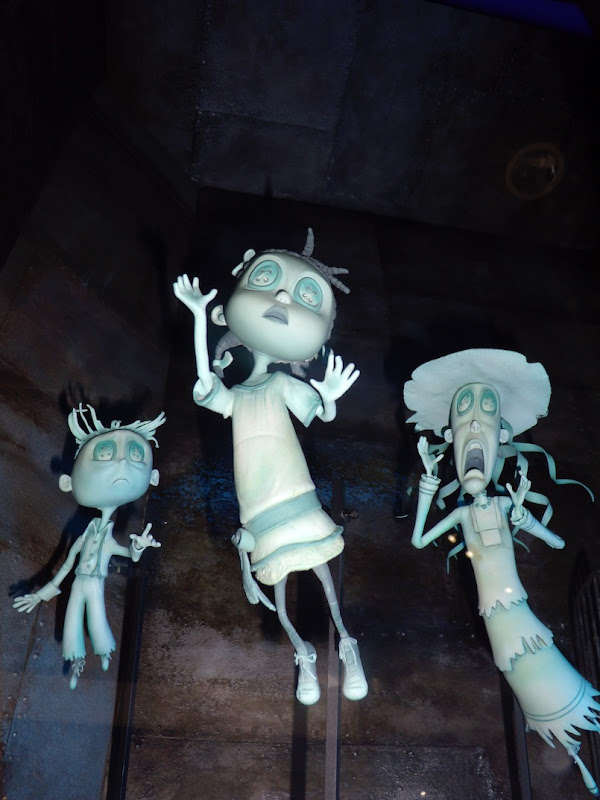 And finally for this collection of movie memorabilia, I've always loved these creepy spectral children from LAIKA Studios 2009 movie, Coraline. These stop-motion ghost puppets were captured on camera at Universal Studios Hollywood's now defunct cinematic and televisual archives exhibit in the lower lot in April 2009.
Hopefully these movie costumes, props and puppets have been a welcome distraction from the horrors of the real world at the moment and maybe even inspired some Halloween season movie watching in the near future.
Happy hauntings.

Spooky film costumes, props, prosthetics and puppets to get you in the Halloween spirit...