Marvel's Agents of S.H.I.E.L.D. costumes and props up for auction by Prop Store...

This November fans of Marvel's long-running Agents of S.H.I.E.L.D. television series will have the unique opportunity to own over 500 costumes, props and set items from the small screen superhero spy show courtesy of Prop Store. Spinning out of the Marvel Cinematic Universe with Clark Gregg's resurrected 'Agent Phil Coulson' leading a diverse group of agents from the Strategic Homeland Intervention, Enforcement and logistic Division, the team took on Hydra, Inhumans, supervillains, ghosts, aliens, rogue LMDs and explored time and space over its exciting seven season run. Here's a curated collection of some of my favourite costumes from the Marvel TV series up for auction.

Sexy Games for Married Couples
How to Develop an Educational App?
Etisalat Customer Care Number & Call …
Bluehost Review-Best Choice by Many W…
THE IMPORTANCE OF COMPLIANCE DURING A…
Quake costume worn by Chloe Bennet
in Marvel's Agents of S.H.I.E.L.D. 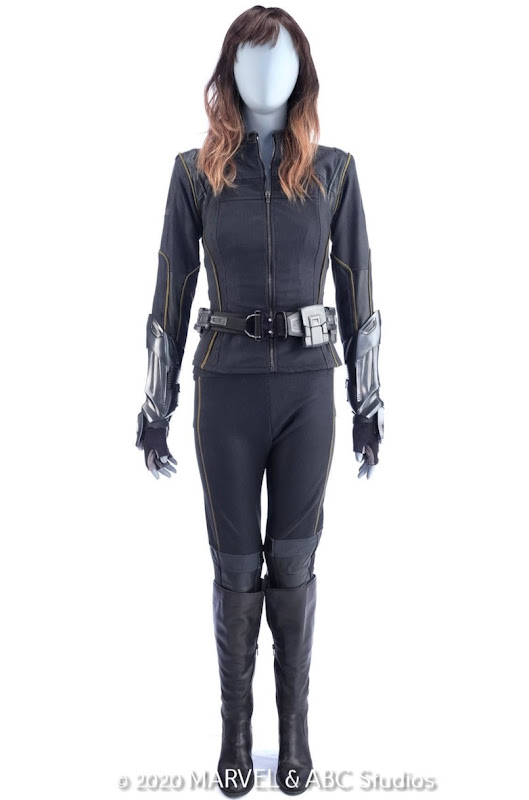 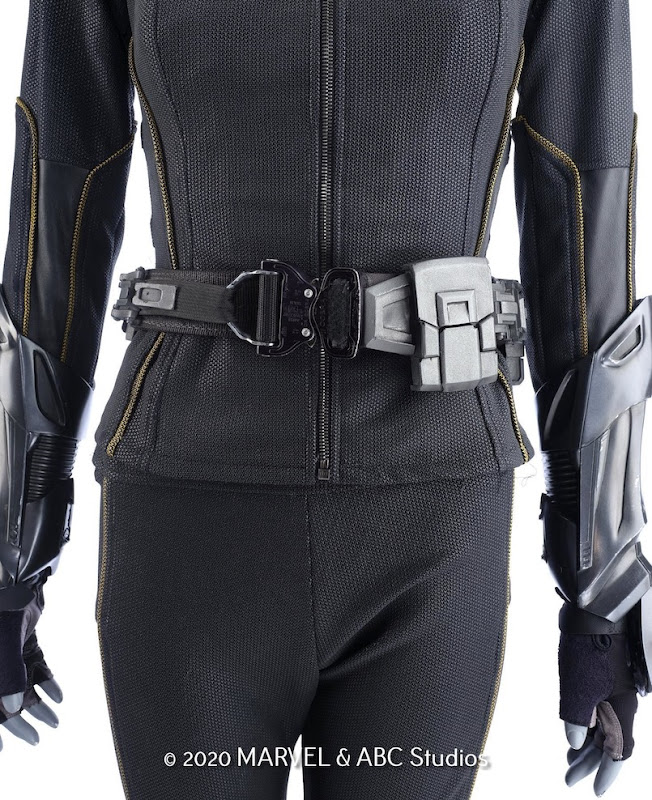 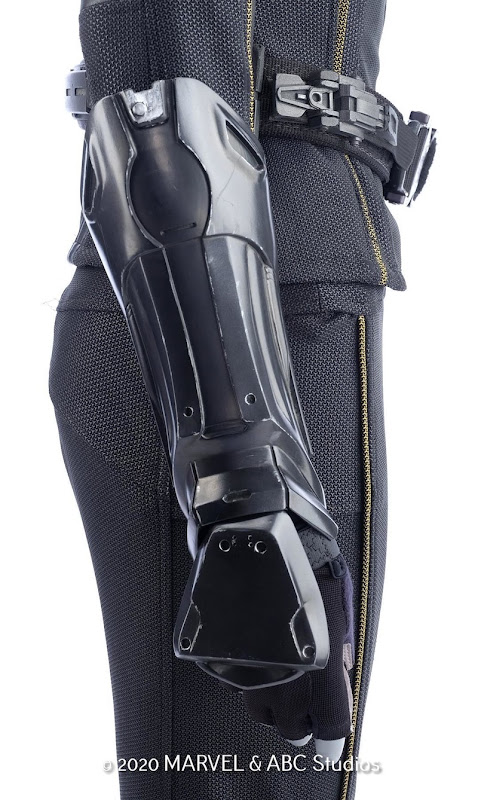 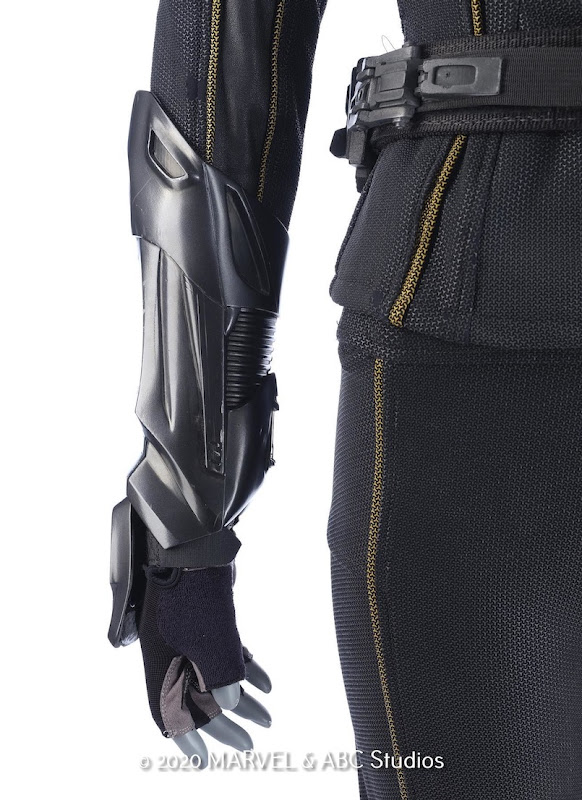 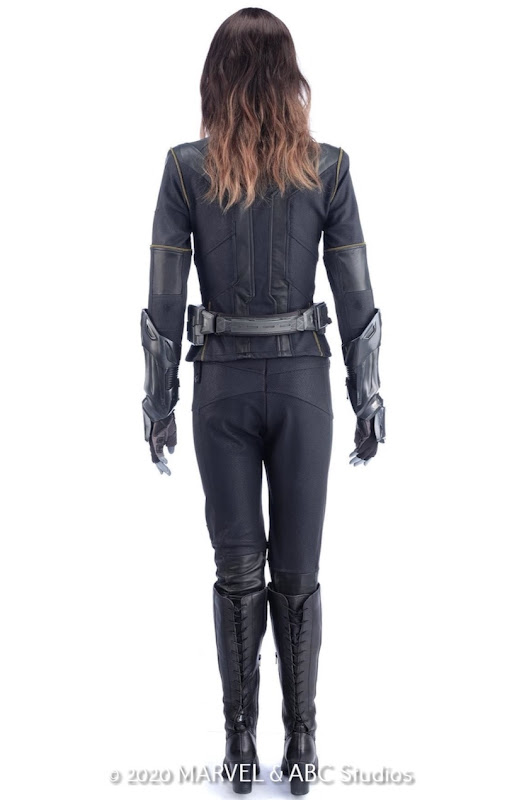 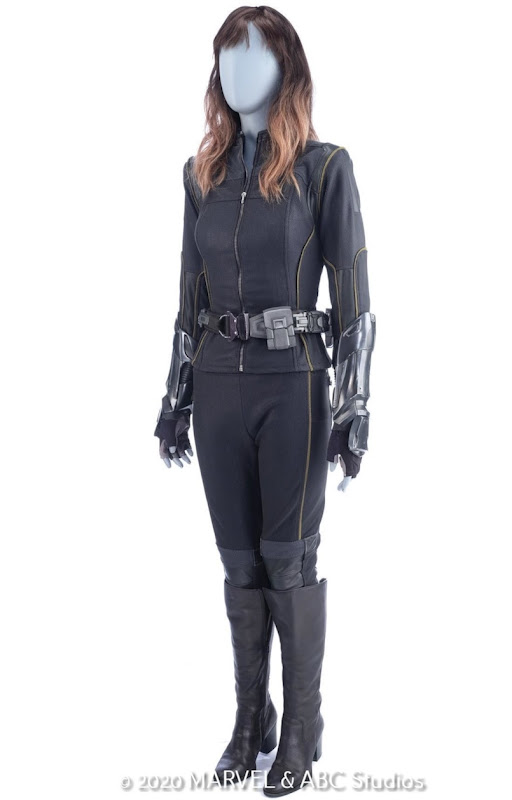 First up is Chloe Bennet's 'Quake' costume from the show's fifth season. 'Daisy "Skye" Johnson' went from Rising Tide hactivist to one of S.H.I.E.L.D.'s top agents, transforming into a seismic-powered Inhuman who needed gauntlets to control her quakes. Her spy super-suit is estimated to sell for $8,000 to $10,000.
Mockingbird costume worn by Adrianne Palicki
in Marvel's Agents of S.H.I.E.L.D. 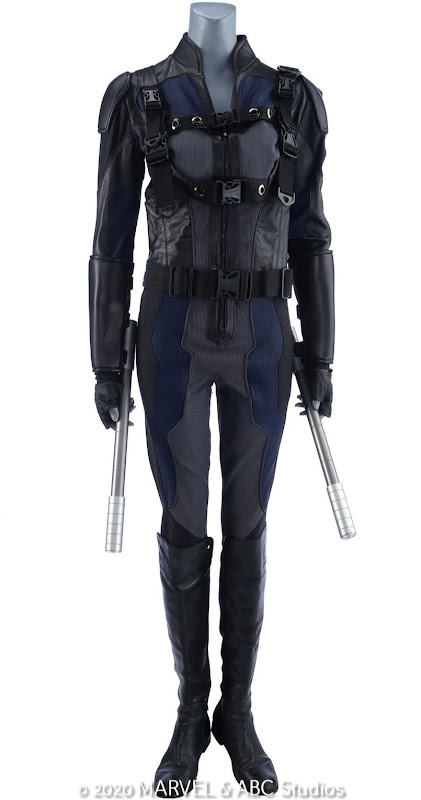 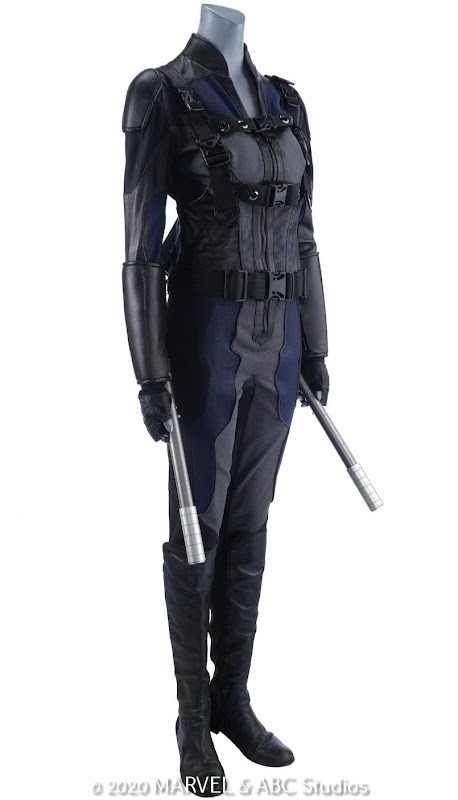 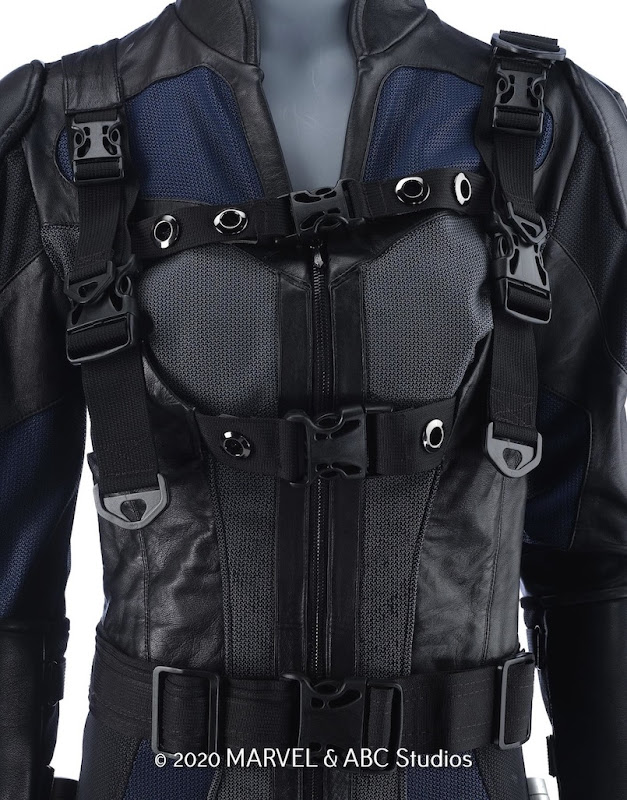 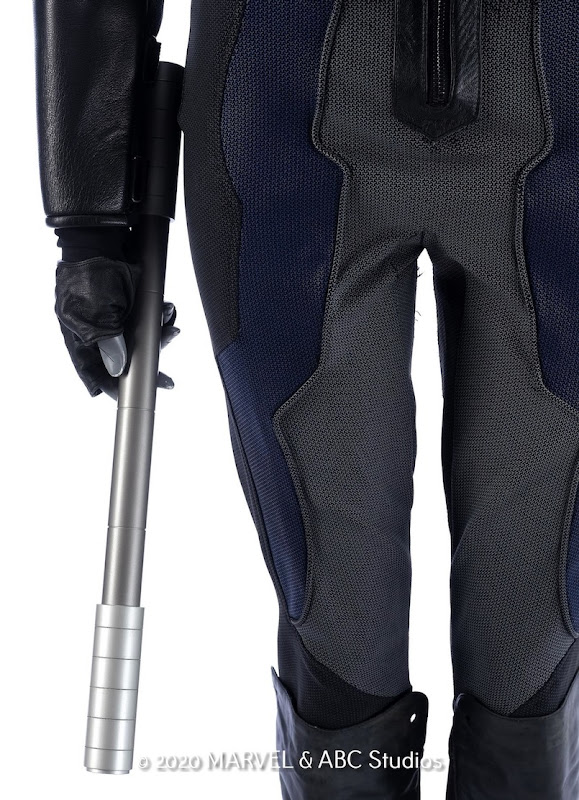 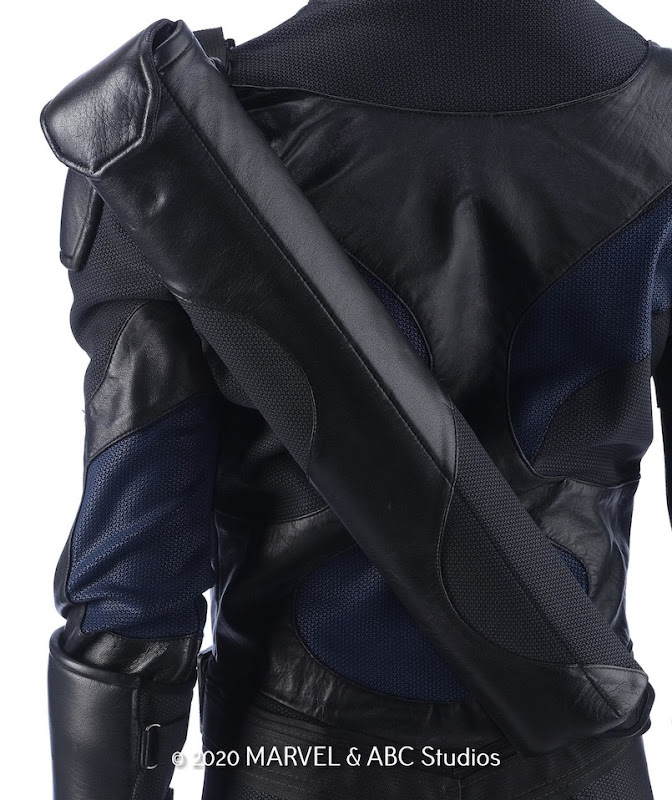 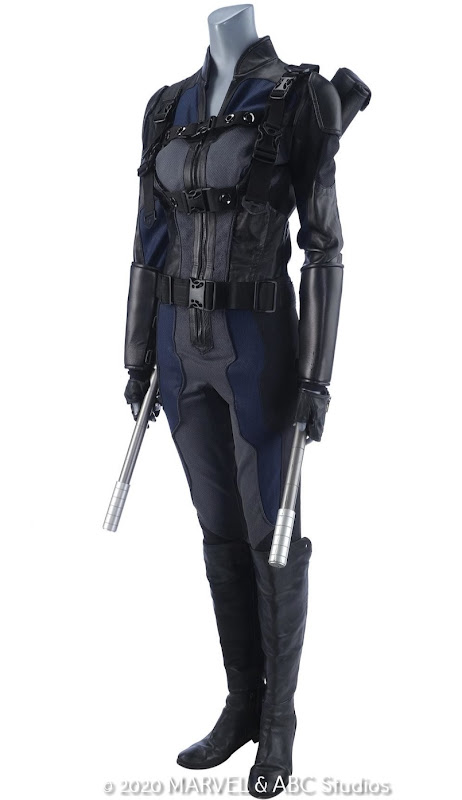 Before Quake got her powers, Adrianne Palicki was closest thing the show had to a classic Marvel Comics superhero, when her fierce baton-wielding 'Bobbi Morse', codenamed 'Mockingbird', was introduced in the second season. Sadly her spin-off series with her former onscreen husband 'Lance Hunter' wasn't picked up when they departed in the third season, but she certainly shone in the series when she was in action. Her Mockingbird costume which comes with her iconic battle stave batons is estimated to sell for $6,000 to $8,000.
Deke Shaw costume worn by Jeff Ward
in Marvel's Agents of S.H.I.E.L.D. 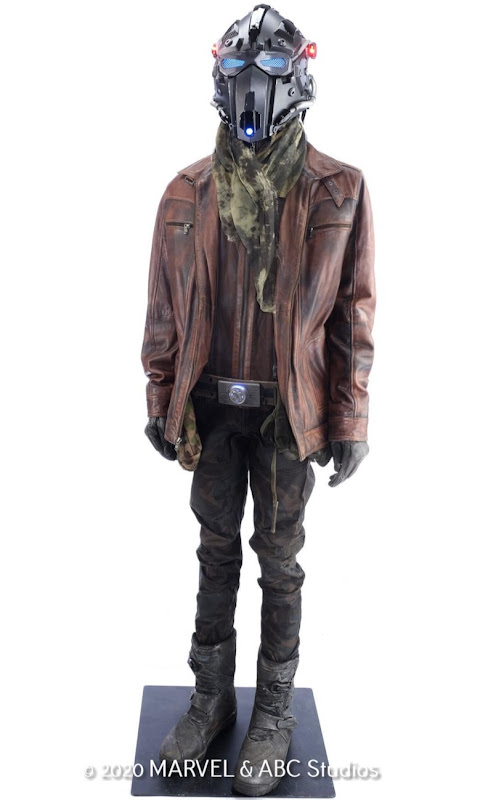 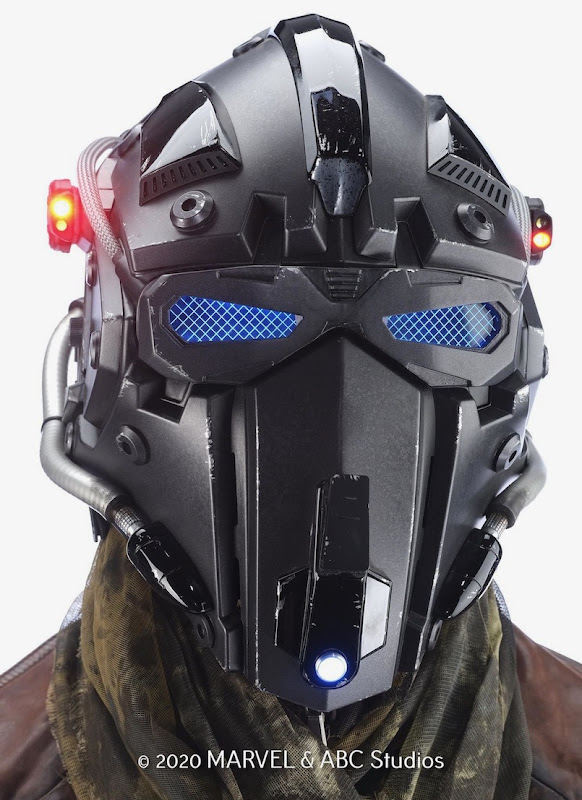 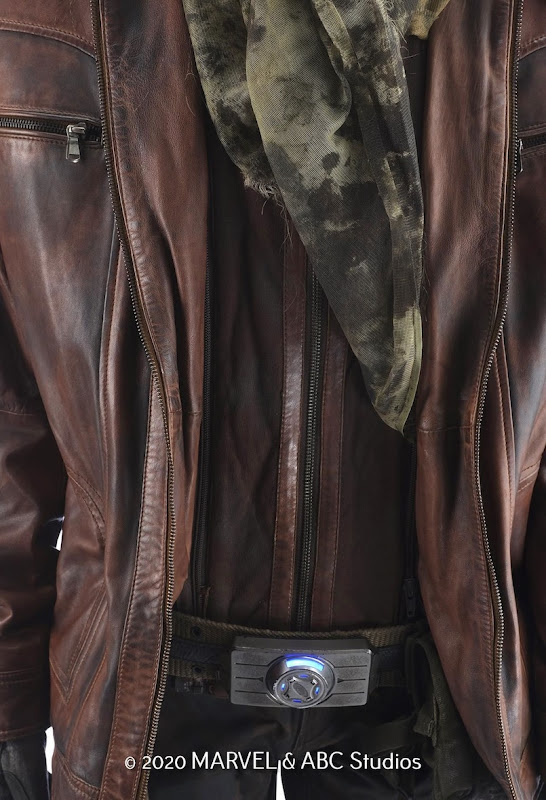 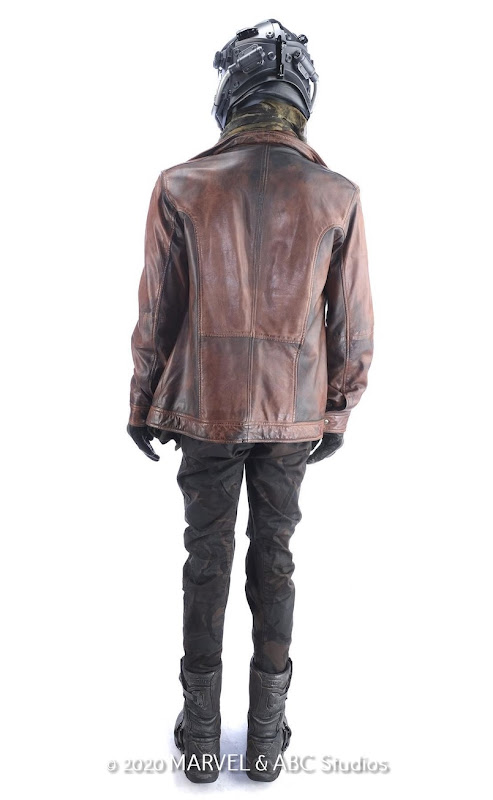 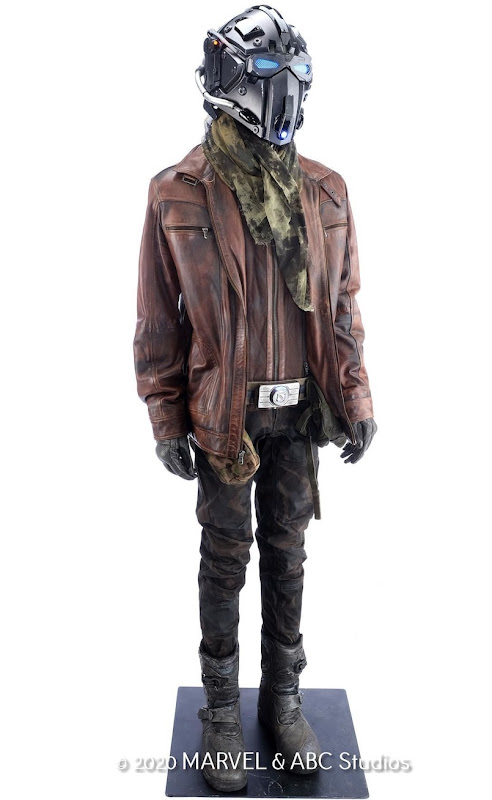 Season five introduced us to the grandchild of agents 'Fitz' and 'Simmons', Deke Shaw' (played by Jeff Ward), in a future where the Earth had been destroyed and the remnants of humanity lived on the Lighthouse enslaved by the Kree. This space scavenger certainly channeled the look of Guardians of the Galaxy's 'Star-Lord' with his helmet mask and jacket, and the costume with its light up Gravitonium belt is estimated to sell for $6,000 to $8,000.
Ghost Rider costume worn by Gabriel Luna
in Marvel's Agents of S.H.I.E.L.D. 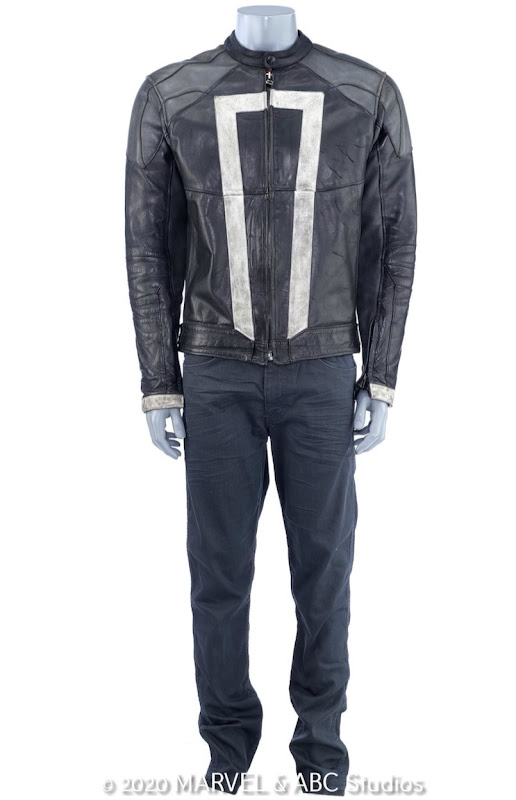 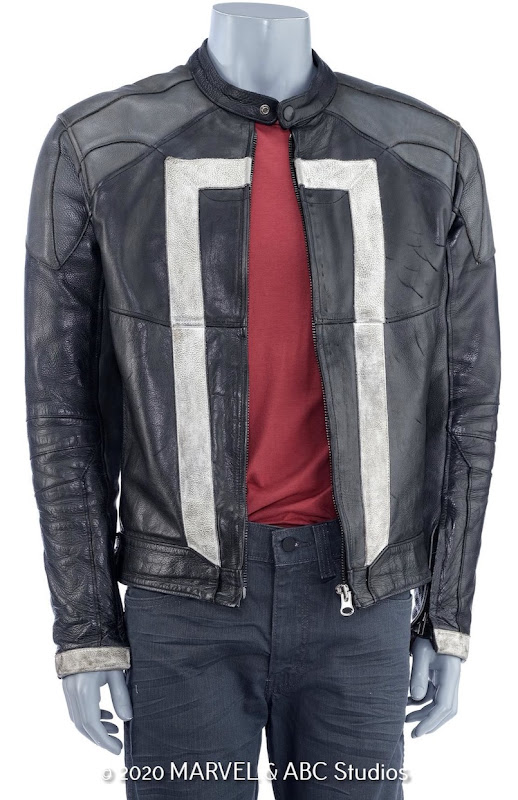 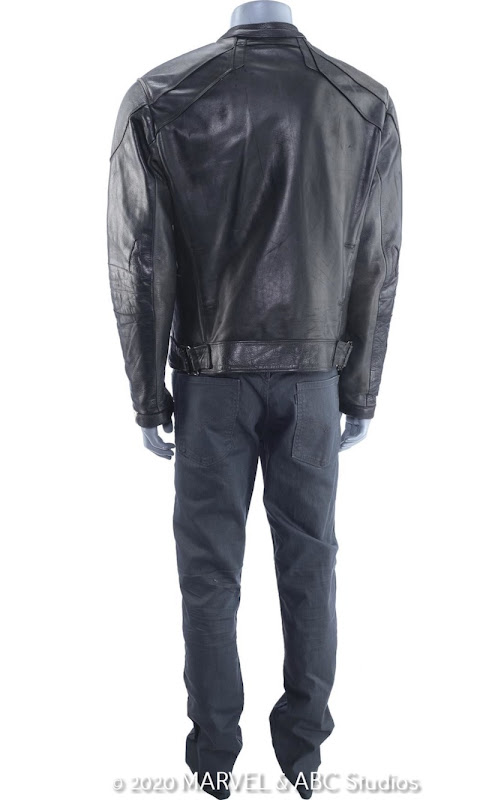 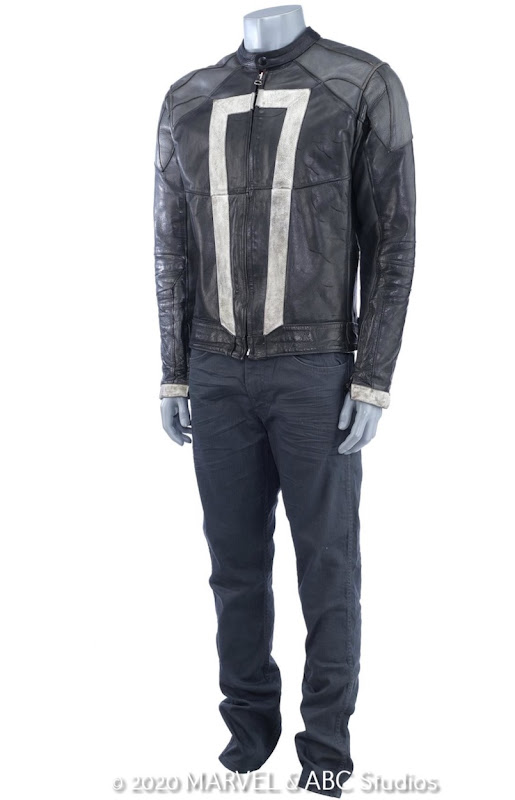 In season four Diego Luna played 'Robbie Reyes', the modern day version of Ghost Rider, when the series explored magic, ghosts and the Darkhold book. His flaming skull special effects proved too costly on a weekly basis and his own spin-off solo series was sadly cancelled after it was announced, but his screen-worn costume is being auctioned for around $8,000 to $10,000.
Madame Hydra costume worn by Mallory Jansen
in Marvel's Agents of S.H.I.E.L.D. 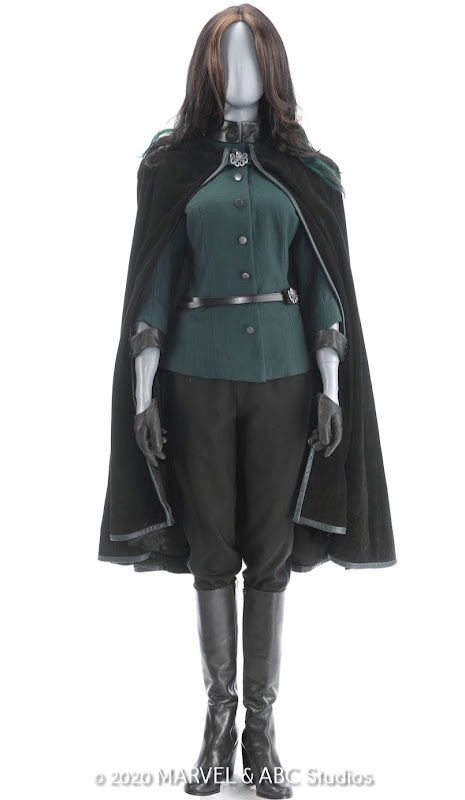 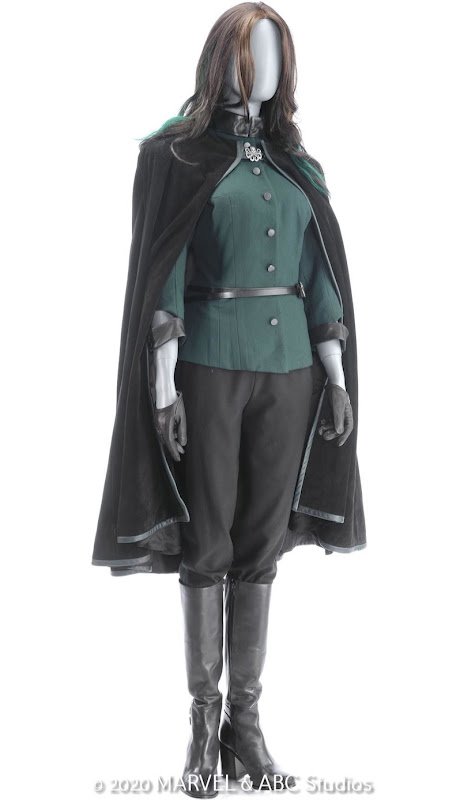 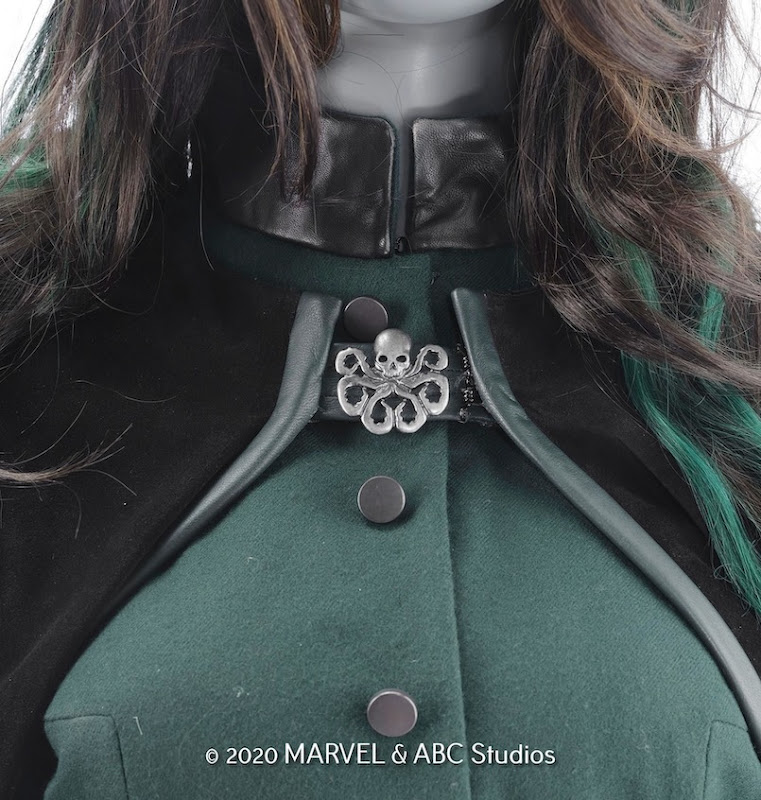 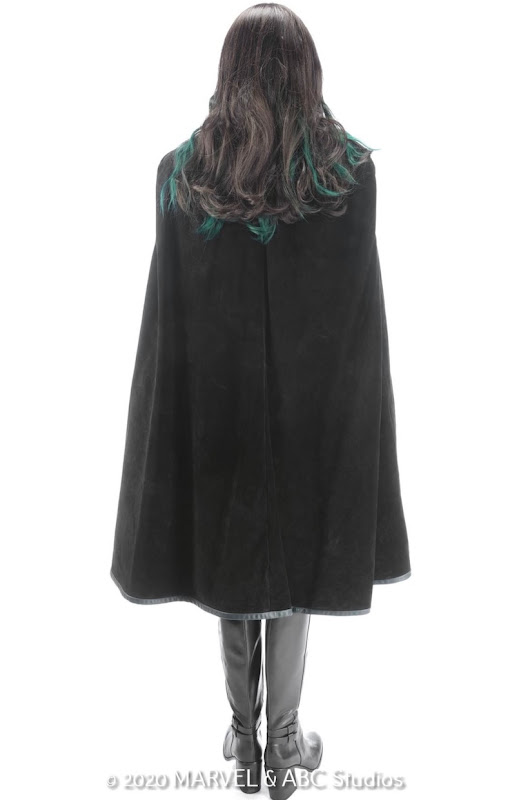 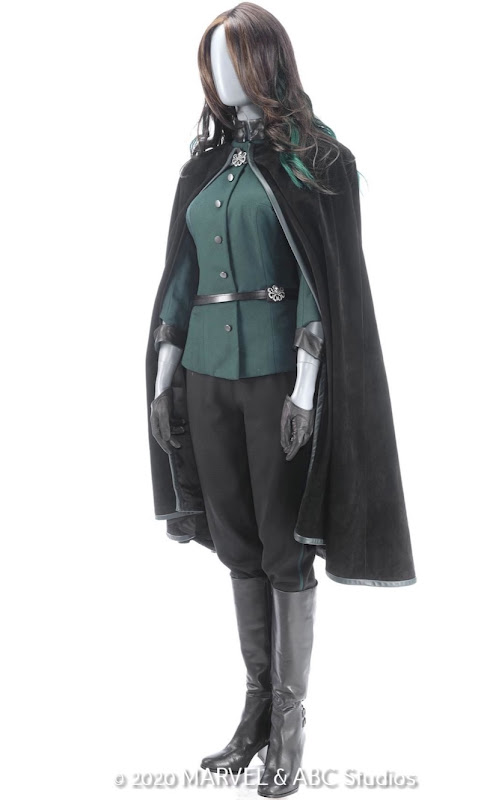 That same season we were introduced to Life Model Decoys, LMDs, and Mallory Jansen's 'AIDA' aka Artificially Intelligent Digital Assistant. AIDA's mainframe was corrupted by the Darkhold spell book and within the simulation world of the Framework she ascended to be 'Madame Hydra', leader of the totalitarian organisation wearing this full comic book costume estimated to sell for $3,000 to $5,000.
I really loved this series, especially when it kicked into high gear after the events of Captain America: The Winter Solider and the revelation of Hydra's infiltration of S.H.I.E.L.D. The storylines became even more creative in the last three seasons with all their time travel shenanigans and the exploration of the show's own mythology and characters.
Bidding on items starts today and ends on November 10, 2020, with a live video stream of the auctioneer, so make sure to visit Prop Store's website to find something from the Marvel Universe to add to your collection.
Marvel's Agents of S.H.I.E.L.D. season 1 TV billboard 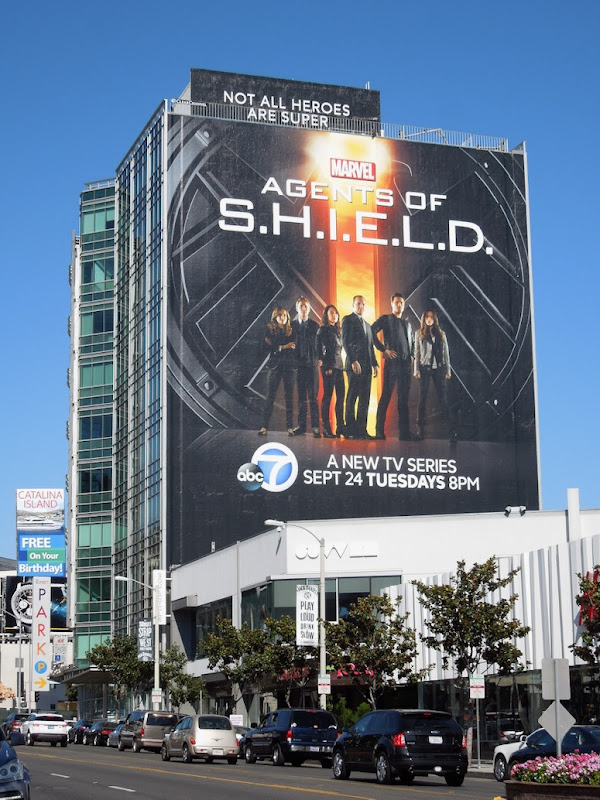 Marvel's Agents of S.H.I.E.L.D. costumes and props up for auction by Prop Store...