The UK government has become the first in the world to declare an ‘environment and Climate emergency’. The move, which recognises the urgency needed to tackle the climate crisis, follows a wave of protests by climate change activists in recent weeks.Protesters demanded to be heard, with nonviolent resistance movement Extinction Rebellion taking up space in public spaces, and it appears to have worked.

Introducing the motion earlier today, Jeremy Corbyn called on MPs to recognise the ‘devastating impact’ that extreme weather will have on all walks of life. MPs have passed the motion after Theresa May decided not to whip her MPs against Labour’s motion, instead encouraging them to be out campaigning ahead of the local elections tomorrow. During the debate on the motion, Environment Secretary Michael Gove said the government recognises ‘the situation we face is an emergency,’ but didn’t officially declare one – unlike Labour. 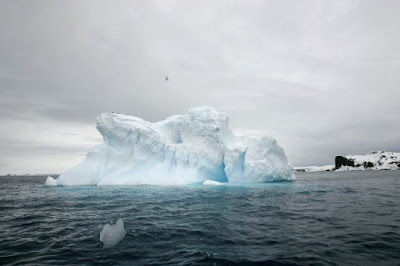 "It is a crisis. It is a threat that all of us have to unite to meet. Five of the warmest years that this planet has endured have happened since 2010. The consequences for all of us are visible.While statistics can sometimes be abstract and the impact can seem distant, we can all know that as individual citizens and as parents that the next generation will face the consequences if we do no take action now to deal with climate change."