The Mandalorian - Episode I

Let's be honest... we've all been feeling a little nervous about Disney's over-saturation of the Star Wars franchise. Since the media giant took the reins, we've had two more core movies with another one due in December 2019, two independent spinoffs, a wide selection of new console games and a new series of The Clone Wars hitting the screen in February 2020. As soon as the news of the bounty hunter-centric series escaped into the social media realm, many fans were skeptical to say the least. Cries of "Oh bugger, not another one!" were heard across all corners of the galaxy. 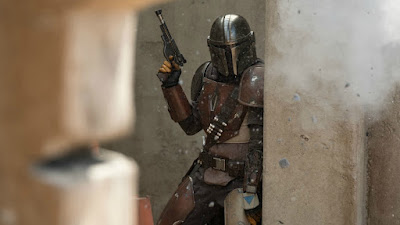 However... t'was a misjudgement! The new show, created by Iron Man director Jon Favreau and starring Pedro Pascal (Game of Thrones, Kingsman: The Golden Circle) as the title antihero is set five years after 1983's Return of the Jedi and follows a lone Mandalorian bounty hunter named Dyn Jarren after he has been surreptitiously hired to complete a mysterious mission and retrieve an unknown target alive. The backdrop is an almost post-apocalyptic galaxy finding it's feet again after the defeat of the Galactic Empire and the destruction of the second Death Star. The show gives off an almost "Rogue One meets Joss Whedon's Firefly" vibe, to which it is impossible not to respond positively.
The first episode, directed by well known Star Wars fanatic Dave Filoni (The Clone Wars, Rebels), has promised an incredible season of eight episodes to come. The plot quickly evolves into a gritty, hard-hitting drama that seems truthfully unafraid to go that extra mile when it comes to putting an edge on the franchise; something the fans desperately need. The bounty hunter takes to the planet Arvala-7 as instructed by his mysterious client and... well... nobody likes a spoiler. We'll talk later. 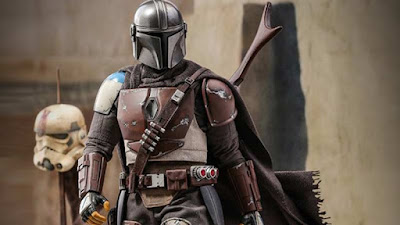 RELATED: 10 Reasons Why The Phantom Menace Isn't That Bad

The series' further episodes have been directed by an impressive array of names including Rick Famuyiwa (Dope, Our Family Wedding), Deborah Chow (Mr. Robot), Taika Waititi (Thor: Ragnarok) and Bryce Dallas-Howard (Jurassic World) making her directoral debut outside the realms of documentaries and shorts. It has been produced by Favreau and Filoni with extra help from producer Kathleen Kennedy who has produced a wide array of Star Wars projects, as well as many others in the Lucas/Spielberg-sphere, and Colin Wilson (Avatar, Suicide Squad) with extra writing by Thor writer Christopher L. Yost. The Lucasfilm project distributed by Disney has been awarded a budget of $120m working out at $15m per 40 minute episode. The new show features a vaguely spaghetti western-inspired music score by record producer Ludwig Göransson who is also penning the score for Christopher Nolan's much anticipated upcoming movie Tenet.

The show has already been renewed for a second season and has begun filming. The series will be available on a weekly basis on Disney's online streaming platform Disney+ and has seen high approval ratings on Rotten Tomatoes, Metacritic and IMDb. This certainly is an exciting new project and I, for one, believe it will become an integral storyline in the Star Wars universe and will be enjoyed universally by fans. 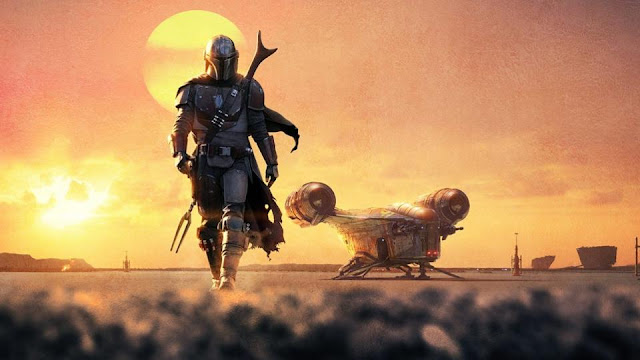 The Mandalorian - Episode I