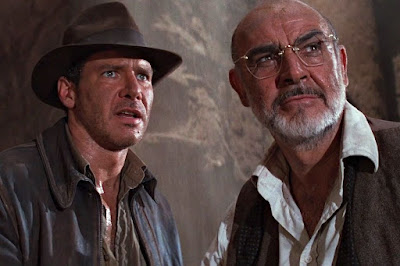 Many argue that the third instalment of Stephen Spielberg’s Indiana Jones saga is the best of the bunch, better even than Raiders of the Lost Ark (apologies if you find it sacrilegious). The classic movie was released on the 24th of May 1989, celebrating its anniversary just yesterday.
The Last Crusade co-stars Julian Glover, Alison Doody and Denholm Elliot alongside Harrison Ford as well as Sean Connery playing the role of the whip-wielding archaeologist’s father and the late River Phoenix who portrays a young Indiduring the opening flashback. The pair narrowly escape imprisonment by the Nazis in search of the holy grail. 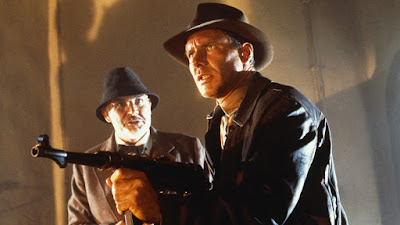 The movie produced by Lucasfilm and distributed by Paramount features a fresh score by multiple Academy Award winning composer John Williams with a story by the great George Lucas and a screenplay by Lost Boys and Lethal Weapon 2 writer Jeffrey Boam. It pulled down a whopping $474m worldwide at the box office (just shy of $1bn adjusted for inflation) against a production budget of $48m.
The dynamic, dramatic and, at times, hilarious adventure takes our hero through Nazi occupied Germany, a booby trapped biblical obstacle course and even a tank chase on his way to the final resting place of the holy grail, the cup that caught the blood of Jesus Christ, bringing immortality to all who drink from it, saving the life of his father. 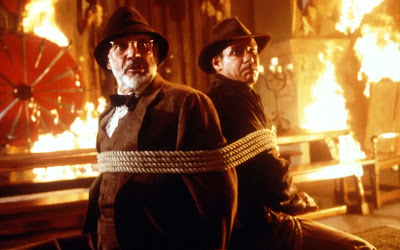 The movie received four Academy Award nominations, winning in the categories of Best Effects and Best Sound Effects Editing, narrowly beaten in the Best Sound and Original Score categories by Glory and The Little Mermaid respectively. Sean Connery received nominations for a Golden Globe and a BAFTA Award for his performance.
Indiana Jones and the Last Crusade remains one of Steven Spielberg and George Lucas’ greatest creations bringing a tense, yet heart-warming story to life with a fantastic cast in a timeless visual adventure.