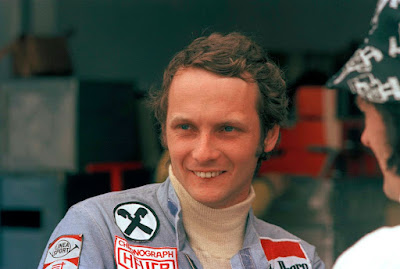 On May 20th, Austrian Formula 1 legend Niki Lauda passed away at age 70. Lauda won the world championship title for Ferrari in 1975 before surviving one of the worst incidents in the history of the sport, only to return to be narrowly defeated the same season by British driver James Hunt. In 1977, the Austrian driver took home another championship victory for Ferrari before going into temporary retirement and returning to win a third and final championship title in 1984 for McLaren.
"Niki was a champion. He was an icon. He was an Austrian treasure. He was one of my dear friends. I will miss this generous, trailblazing hero with my whole heart."
- Arnold Schwarzenegger
Via Twitter 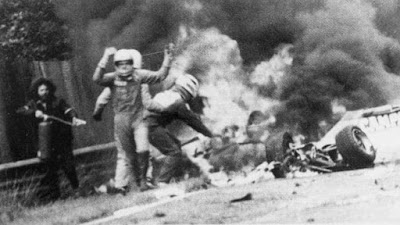 At the German Grand Prix 1976, Lauda’s Ferrari swerved into the embankment on the final corner of the notorious fourteen-mile Nürburgring and burst into flames. The driver’s ill-fitting helmet slid off during the collision leaving his head exposed to a lethal inferno for almost a full minute, causing severe burns, blood poisoning and lung damage. Lauda underwent extensive skin graft surgery to reconstruct his face including a full replacement of his eyelids, having also lost most of his right ear, the majority of his hair and had severe scarring on most of his body.
“Racing 40 days after that accident was the most courageous act of any sportsman I’ve ever seen in my life.”
-      John Watson
Lauda’s team-mate at McLaren 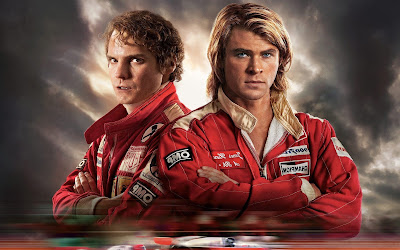 Anyway, as NtNR is a media blog, it seems only fair to mention Ron Howard’s 2013 biopic Rush. Lauda is portrayed by Daniel Brühl (Inglorious Basterds, Captain America: Civil War) in the movie which follows the Austrian driver’s famous rivalry with British Hesketh/McLaren driver James Hunt, played by Chris Hemsworth (Avengers, In the Heart of the Sea).

Related: Back to the 2015 Oscars - Battle of the Biopics
The movie, scripted by Peter Morgan (The Crown, Bohemian Rhapsody), grossed just over $90m worldwide in its lifetime at the box office against a production budget of $38m. The supporting cast features a host of familiar faces including Olivia Wilde (House, In Time), Alexandra Maria Lara (Downfall), Stephen Mangan (Billy Elliot), Julian Rhind-Tutt (Tomb Raider) as well as World War Z actor Pierfrancesco Favino playing the part of Italian Ferrari driver Clay Regazzoni and even a brief appearance by Game of Thrones actress Natalie Dormer. 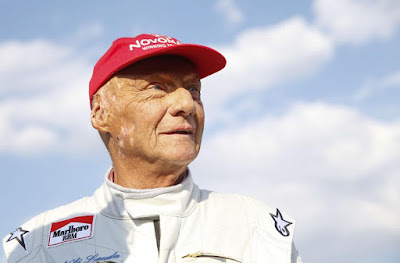 “I will miss our conversations, our laughs, the big hugs after winning races together. God rest your soul. Thank you for being a bright light in my life.”
-      Lewis Hamilton
Five-time F1 world champion
Niki Lauda was a true legend of Formula 1. Tributes have flooded in over the last couple of days from some famous faces in the sport including former team-mate at McLaren, John Watson and multi-championship winning British Mercedes driver, Lewis Hamilton.
Rush is available to watch on Netflix and Amazon Prime. 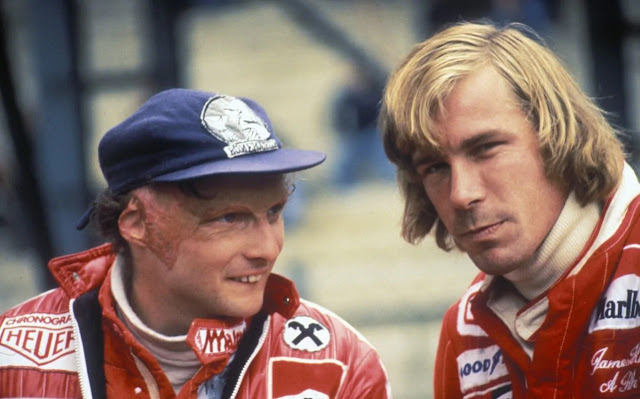