A few sample questions from the CBSE Class 10 English (Language and Literature) sample paper 2019 are given below:

Q. India is a highly populated country. People lack in maintaining proper sanitation and hygiene as a result they suffer from various diseases. India has a serious sanitation challenge; around 60 percent of the world’s open defecation takes place in India. Poor sanitation causes health hazards including diarrhea, particularly in children under 5 years of age, malnutrition and deficiencies in physical development and cognitive ability. You are Nitish /Nikita, head boy/girl of Anand Public School, Jaipur. Write a letter to the editor of a national daily, highlighting the problem and suggesting practical ways to ensure public sanitation and the right to dignity and privacy. (100-120 words) 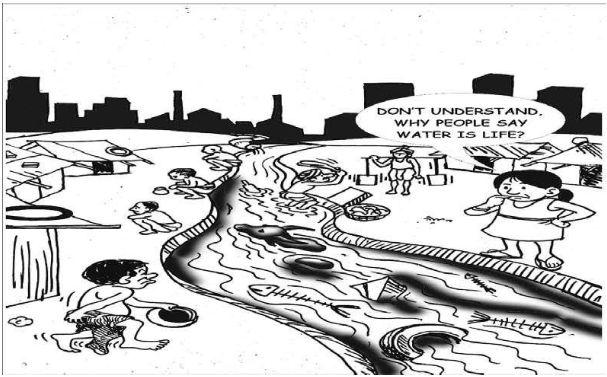 Q. Fill in any four of the blanks choosing the most appropriate option from the ones given in the box. Write the answers in your answer –sheet against the correct blank numbers.

4. Farmer Philippe (d) ___________ solace in collecting butterfly wings from his fields and turning them into works of art.

Q. Rearrange any four of the following word or phrases to make meaningful sentences.

Q. At about the age of twenty five, the Prince, thereof shielded from the sufferings of the world, while hunting out glanced upon a sick man, then an aged man, then a funeral procession, and finally a monk begging for alms. These sights so moved him that he at once became a beggar and went out into the world to seek enlightenment concerning the sorrows he hadwitnessed.

i. Whose age has been referred here?

ii. What was the effect of sights on the prince?

iii. How did witnessing sorrow change him?

iv. What does „glance‟ imply in the given lines?

Q. Attempt any one out of two long answer type questions in 100-120 words.

A. People should always try to live within their means. Aspirations have no limits but one should never forget the ground realities. Elaborate on the basis of chapter, “The Necklace”.

B. Simple moment proves to be very significant and saves rest of the day of poet from being wasted. Explain on the basis of the poem “Dust of Snow”.