Allied is a 2016 romantic thriller film directed by Robert Zemeckis
and written by Steven Knight. The two main characters are Brad Pitt
(as Max Vatan) and Marion Cotillard (as Marianne Beauséjour).

Have you ever made love in front of o…
The Queens of Pop: In The Mix
First Night of the Seven (7) Nights o…
Tips to make your journaling easier
Earn Extra Income From Home 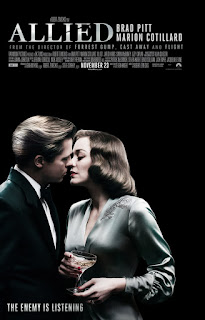 Allied looks like a movie talking about spy and war, but actually it is a Love story. In the first half of the film, Max and Marianne
disguised a pair fake married couple and then they assassinated a German senior officer. In the process, they live together, going out together, developed, implemented plan of assassination and escape from danger, therefore, they fell in love with each other.
In the second half, they got married, and have a child, they have happy and quiet life in British. The wonderful time is always too short, the British government suspects that Marianne is concerned with a case of intelligence disclosure, and Max confirmed his wife is a spy, they wanna run away, in order to save Max and their child Marianne eventually committed suicide. Emotional interaction between Max and Marianne makes people feel real and touched.
In fact, looking at Max's struggle, Marianne is also painful, they are longing for warm, romantic family life, but they have to make a choice because of the war. From Marianne's amazing shot, we can see love is selfless.
Another interesting aspect is that the movie costumes, actually it is Marianne's costumes. Each set of clothes has a strong sense of design, the clothing with retro flavour make Marianne become more beautiful and charming. 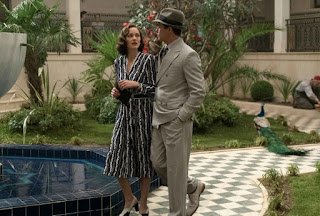 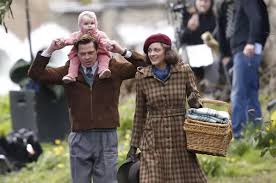 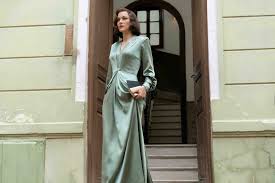 
This post first appeared on Hello World, And Welcome To Our Movie, please read the originial post: here
People also like
Have you ever made love in front of other people?
The Queens of Pop: In The Mix
First Night of the Seven (7) Nights of Christmas and Carols COGOP SVG
Tips to make your journaling easier
Earn Extra Income From Home
Overcoming Common Weight Loss Challenges
Body Positive Fat And Sexy
GALA DALI – THE MUSE OF THE SURREALISTS
CBD Dog Treats, How To Make CBD Dog Treats, What Are CBD Dog Treats?
7 Reasons To Invest In a Mobile Finance App in 2022
pet Teepee Cat Bed House Portable Folding Tent with Thick Cushion Easy Assemble Fit Spring Summer for Dog Puppy Cat Indoor